Not long ago, Cardinal George Pell of Australia was being talked up by Vatican cardinals as a potential successor to Pope Francis. Today, he is best known as the highest-ranking prelate, and only Vatican insider, to face criminal charges for sex offences in the Catholic Church's seemingly endless child-abuse scandals.

Defiant and bluntly outspoken as ever, Cardinal Pell used a Thursday news conference in Rome to deny the charges laid against him by police in the Australian state of Victoria, where the cardinal was born and worked in the 1970s. "I am innocent of these charges," he said. "They are false. The whole idea of sexual abuse is abhorrent to me."

Cardinal Pell, 76 – the Vatican's effective financial clean-up man who is widely considered to be the Church's third-most-powerful figure – said he would take a leave of absence as he fights the allegations. The details of what the Australian police called "historical sexual offences" were not released. He is scheduled to appear in Melbourne on July 18 to face the charges.

Factbox: Who is Cardinal George Pell?

While the Vatican put out a statement in mild support of Cardinal Pell, the belief among Vatican watchers is that his meteoric rise is over and that Pope Francis will abandon his man even if the charges don't stick. The allegations mark the biggest crisis in the four-year papacy of Pope Francis, who, in a December letter to his bishops, insisted the Church would adopt a "zero tolerance" policy for sexual abuse of children by the clergy.

Rev. Thomas Doyle, the American Dominican priest who warned three decades ago that the priesthood faced a highly damaging pedophilia scandal, told the National Catholic Reporter that law enforcement officials everywhere are no longer treading gently on clerical abuse cases. "A lot of the deference and the protection that the Holy See has counted on and taken for granted for so long is seriously eroding," he said. "The defences … the Holy See could count on are now in a precarious position."

While the Pope himself was silent, the Holy See media office issued a statement expressing "its respect for the Australia justice system that will have to decide the merits of the questions raised."

The statement added that "at the same time, it is important to recall that Cardinal Pell has openly and repeatedly condemned as immoral and intolerable the acts of abuse committed against minors; has co-operated in the past with Australian authorities (for example, in his depositions before the royal commission); has supported the pontifical commission for the protection of minors; and finally, as a diocesan bishop in Australia, has introduced systems and procedures both for the protection of minors and to provide assistance to victims of abuse."

Pope Francis's support of Cardinal Pell has clearly come at a cost, although there were signs that the pontiff was already cooling on him.

The ascent of Cardinal Pell, a theological and political conservative, had been near vertical and never without controversies. In 2002, The Globe and Mail reported that Cardinal Pell, then archbishop of Sydney, told his audience of World Youth Day delegates in Toronto that "abortion is a worse moral scandal than priests sexually abusing young people." (He later insisted his comments were not designed to play down sexual abuse.)

He was made cardinal in 2003 under Pope John Paul II and kept rising under Pope Francis, who, in 2014, made him the Prefect for the Secretariat of the Economy. Financial reform has been a high priority under Pope Francis. Before his election to pope in 2013, the Vatican bank and related financial arms were considered opaque and rife with corruption and mismanagement. The bank did not even meet anti-money laundering norms. Cardinal Pell's job was to help put the Vatican's finances on sound footing and proper regulatory oversight. He was also kept on as a member of the Council of Cardinals, the Pope's top group of advisers.

Writing in Crux, where he is editor, Vatican affairs specialist John Allen said Thursday that Cardinal Pell seemed more adept at "concentrating power in his own hands than delivering lasting [financial] reform that made sense in the context of the Vatican."

But even as the sex-abuse allegations and rumours piled up against Cardinal Pell, Pope Francis did not request his resignation. Last summer, when it had become apparent that Cardinal Pell faced a potential scandal that could embarrass the Vatican, Pope Francis told reporters: "We have to wait for justice and not first make … a judgment of gossip, because that won't help. Once justice has spoken, I will speak."

Shane Patton, deputy police commissioner in Victoria, on Thursday said that "Cardinal Pell is facing multiple charges … and there are multiple complaints." The charges were served on the cardinal's legal team in Melbourne on Thursday and were also registered in Melbourne's magistrates court.

The Australian newspaper reported that some of the alleged sex offences coincide with Cardinal Pell's time at St. Alipius parish in Ballarat, a city with a population of 100,000, near Melbourne. After earning a doctorate in philosophy in church history at Oxford, he returned in 1972 to Ballarat as assistant parish priest. He would later become episcopal vicar for education in the Ballarat diocese.

The newspaper said the charges relate to alleged offences in Ballarat between 1973 and 1976. Cardinal Pell has acknowledged that, for a few months in 1973, he lived with Gerald Francis Ridsdale, the Catholic priest who, starting in 1993, was convicted of a series of child-abuse and indecent-assault charges against dozens of children. The defrocked priest, now in prison, worked as a chaplain at the St. Alipius Boys' School in Ballarat.

During the recent trial of Edward Dowlan, one of the pedophile teachers at St. Alipius school, one victim said he had been at a Ballarat swimming pool in 1973, when he told Cardinal Pell that something had to be done to stop Mr. Dowlan from abusing young boys. According to a 2015 article in Melbourne's Herald Sun newspaper, Cardinal Pell replied: "Don't be ridiculous." 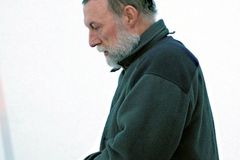