Two Chinese political delegates voted against a provision to allow Xi Jinping to remain president, unbound by term limits. Another three abstained. And the ballot cast by one other person was judged invalid.

But those six were — like the lawyers, labour activists and human rights advocates who have questioned their country's direction under Mr. Xi in the past five years — swept away by the power of a Chinese president who has fashioned himself into a singular force of national leadership.

On Sunday, Mr. Xi's continued rule gained the support of 2,958 National People's Congress delegates, who also voted for a series of constitutional amendments that give the president not only the ability to stay far longer than his immediate predecessors, but also a series of new legally-ordained authorities that augment his position atop what China itself terms a "democratic dictatorship."

With those changes, Mr. Xi further cements himself as a leader on a par with Mao Zedong and Deng Xiaoping, the country's most important Communist figures — even while subverting the effort by Deng to ensure a Mao-like cult of personality would not reappear in China. Indeed, Mr. Xi appears to have ended a system that ensured the nonviolent transition of power in recent decades.

By doing so, he has ushered in a new era of certain leadership but uncertain politics as would-be challengers no longer see a peaceful path to power.

The changes passed Sunday embed in the constitution Mr. Xi's own name, institutionalize "Xi Jinping Thought on Socialism with Chinese Characteristics for a New Era," further emphasize Communist Party leadership as the defining fact of the Chinese state, require a constitutional oath of allegiance for all state functionaries as they take office and formalize a new National Supervision Commission that allows the Chinese president to broaden the reach of an anti-graft push he has already used to knock out rivals and antagonists.

Together, the amendments underscore the altered direction China has taken under Mr. Xi. In the past three decades, constitutional changes have nudged China toward western norms by legalizing the private economy, protecting individual property rights and even enshrining human rights.

These latest revisions, in contrast, revive aspects of China's past, with a single leader standing atop a system built to carry out his whims.

On Sunday, those who voted for the changes defended them as necessary.

"It is beneficial to the stability and safety of the entire country," said Shen Chunyao, chairman of the legislative affairs commission of the Chinese parliament's standing committee.

He dismissed the removal of term limits, for both president and vice-president, as a mere housekeeping item, aimed at "optimizing the leading structure of the country."

Asked by a foreign journalist whether China risks returning to one-man rule and the savage turbulence of the Mao Zedong era, Mr. Shen described "two rounds of applause" by the hand-picked delegates to China's rubber-stamp parliament during an explanation of the constitutional change.

"Without clear political support from society and support of the current legal system, this would not happen," he said. "Therefore I don't think there is a problem or a question about this amendment draft. Your speculations actually have no basis of existence."

Chinese authorities have been unwilling to countenance criticism of the change, on Sunday going so far as to refuse to translate a reference in a question to the "Cultural Revolution," a period of murderous upheaval under Mao.

One person who managed to get past censors on China's Twitter-like Weibo expressed concern "about the safety of those two people who voted against Xi's will."

Another person took to Twitter to express doubt that those people were even real: "fabricating opposition votes, rather than unanimous approval, is a tactic that the Communist Party of China took to show that it's more democratic than Kim Jong-un and Saddam."

Mr. Xi has been accused of turning China into a "neo-totalitarian state." Chinese commentators, however, have seen echoes of the country's imperial past.

Take the National Supervision Commission, an anti-graft body with power over China's entire public service which will now have equal standing with the country's court systems. In China, it has won comparisons to "Eastern Depot," a secret police apparatus with vast powers used by Ming dynasty emperors to eliminate dissent. In one story recounted in a biography of Eastern Depot commander Wei Zhongxian, four were drinking in a back room when one began cursing Mr. Wei.

Before the man had even finished speaking, he was taken away and then executed, according to the story, meant to underline the depth of societal control exerted by Eastern Depot.

China's Central Commission for Discipline Inspection, or CCDI, which has great latitude to investigate Communist Party members, has similarly been accused of acting with impunity, including through its use of extra-legal detention powers to subject people to extended sleep deprivation and other forms of psychological pressure. The National Supervision Committee will stand alongside the CCDI, and extend the reach of the country's graft-busters.

Communist Party elders have called it another step toward cleaning up Chinese society under Mr. Xi — all while acknowledging the degree of power it will hold.

But, he added, "there's no doubt that we will also severely punish corrupted people who refuse to restrain themselves and behave."

-with reporting by Alexandra Li 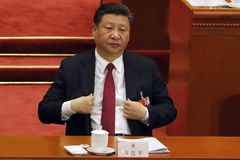 Innovation a rallying cry as Xi seeks to bolster China’s dominance – and his own
March 5, 2018 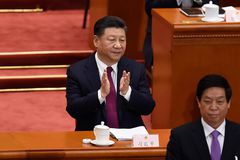 Trump says it’s ‘great’ China’s Xi Jinping will be ‘president for life’
March 4, 2018
Follow Nathan VanderKlippe on Twitter @nvanderklippe
Report an error Editorial code of conduct
Due to technical reasons, we have temporarily removed commenting from our articles. We hope to have this fixed soon. Thank you for your patience. If you are looking to give feedback on our new site, please send it along to feedback@globeandmail.com. If you want to write a letter to the editor, please forward to letters@globeandmail.com.
Comments are closed