China has emerged as the leader in the race to dominate the fast-growing, global clean-energy market, an economic strategy that promises to deliver huge dividends as world governments work toward an agreement to rein in greenhouse gases in the battle against climate change.

China is leaving its competitors in its wake as all countries look to gain advantage in the emerging low-carbon economy, according to new analysis by Ottawa consultant Céline Bak.

That commercial success, in turn, is contributing a new openness to a global treaty that would bind China to its commitment to halt the growth of greenhouse gas emissions by 2030.

The annual United Nations climate summit kicks off Monday in Lima, Peru, with negotiators aiming to agree on principles that would pave the way for a far-reaching deal to be concluded in Paris next year.

Those talks got a boost last month when U.S. President Barack Obama signed a bilateral climate deal with Chinese President Xi Jinping, in which both governments pledged to take new measures to address emissions.

Over the past decade, Beijing has led a concerted effort to grab the lead in emerging environmental technologies. Chinese exports of environmental goods soared to $160-billion (U.S.) last year from less than $40-billion a decade ago, for an annual growth rate of 19 per cent, according to Ms. Bak, president of Ottawa-based Analytica Advisers.

"As the commitment to a greater investment in clean energy broadens globally, China will have an opportunity to continue to grow its manufacturing capacity," she said.

"While there will be competition, China is in a strong position to participate in future investment in climate mitigation and renewable energy sources."

The management consultant – who advises governments and the private sector on clean-energy technology – examined China's export performance over the past decade and created three technology groupings: water and waste water; renewable energy; and industrial processes.

By way of comparison, she also plotted the performance of Canada and South Korea, a country known as a technology innovator. South Korea's foreign sales of environmental goods grew at an annual rate of 13 per cent while Canada's exports were flat, despite a growing domestic industry.

The Harper government has focused Canada's export strategy on natural resources, especially crude oil. The value of Canada's oil exports grew from $7-billion (Canadian) in 2004 to to $81-billion last year, due mostly to rising prices which have fallen sharply this year.

Canada is not on track to meet its international commitment to reduce greenhouse gas emissions by 17 per cent from 2005 levels by 2020, and would require dramatic new action to get there. Nor has Ottawa tabled its proposals for post-2020 commitments, though the United States, the European Union and China have all now done so.

Under the U.S.-China accord, the Obama administration committed to reduce emissions by 26 per cent by 2025 from 2005 levels, and pledged to try to take them down by 28 per cent. With his lame duck status, the U.S. President will be hard pressed to introduce major new measures and is fighting an intense political battle with Republicans – and some Democrats – in Congress over his proposed regulations to reduce emissions from coal-fired power plants.

China intends to achieve the peaking of carbon dioxide emissions by 2030 and pledges to make best efforts to peak early. Beijing intends to increase the share of non-fossil fuels in primary energy consumption to around 20 per cent by 2030.

Critics have said the Chinese pledge is virtually meaningless, merely reflecting a trend that is already in place.

The country is continuing to build coal-fired power plants, and its growing middle-class is purchasing more cars. But Beijing has outlined a number of policies to slow the growth in energy consumption even as the economy expands and to increase its reliance on energy sources that don't emit carbon dioxide, including nuclear plants.

China has been investing heavily in renewable energy in its domestic market. Last year, the country was the world's largest investor in renewable power, with 21 per cent of the world's total, and installed 50 per cent more solar photovoltaic projects than any country had ever installed in a single year.

But even with those actions, it would not halt the growth in emissions until well past 2030, and perhaps as late as 2040. Beijing is now considering introducing carbon pricing and is experimenting with cap-and-trade programs in seven cities and provinces.

The Chinese government is motivated in part by its own concerns about climate change, said Paul Joffre, of the World Resources Institute.

Beijing's own assessment, published three years ago, warned the country faces "extremely grim ecological and environmental conditions," increasing droughts and floods and lower crops yields, as the planet warms and more extreme weather patterns become the norm. So Chinese policy makers believe the country will incur huge costs if the world doesn't respond to the climate threat, and that it can gain commercial advantage if the world does act.

"We try to emphasize the national interest people have in pursuing climate action, and the benefits of being a first mover on technology is one of those benefits," Mr. Joffre said.

"China is now in a position where it is in their interest for the negotiations to move forward strongly." 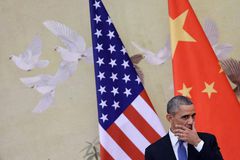 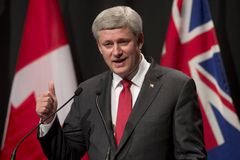