Chinese dredging vessels built up the land on Mischief Reef in the South China Sea.

An international court in The Hague has dealt a major blow to China's claim of sovereignty over most of the South China Sea, ruling on Tuesday that Beijing had "no historical rights" over the resource-rich and hotly disputed waters.

The decision sparked fears of escalated military tensions in East Asia, as Beijing signalled it would ignore the ruling and China's Defense Ministry declared that "Chinese armed forces will firmly safeguard national sovereignty" regardless of the verdict. The official Xinhua news wire quoted President Xi Jinping saying "China will not accept any proposition or action based on the decision."

In its long-awaited verdict, the Permanent Court of Arbitration said that there was "no legal basis" for the so-called "nine-dash line" that China claims as its sea border. The nine-dash line, which overlaps with the territorial claims of five Southeast Asian states, claims nearly all of the 3.5 million-square-kilometre South China Sea as sovereign Chinese waters and potentially imperils free passage through one the world's busiest shipping lanes. China's statements imply that Beijing will carry on with its policy of building up artificial islets within the South China Sea, some of which now feature small airfields for possible military use. Minutes before the ruling was published, Xinhua reported that Chinese civilian planes had successfully carried out tests Tuesday at two newly constructed airports in the disputed Spratly Islands.

There are now fears that China could respond to the ruling by landing fighter jets on the new airstrips.

Last month, Chinese media reported that Beijing – which spent the past week conducting naval and air drills in the region – was considering declaring an air-defense identification zone (ADIZ) over the entire South China Sea area, which would require all foreign aircraft to identify themselves and seek Chinese permission to enter the airspace.

"I think Xi Jinping is very vulnerable on this issue. He has dug in from Day 1, when he became Secretary-General of the [Communist] Party that 'China should never compromise on one inch of territory,' and that includes maritime territory," said Bonnie Glaser, director of the China Power Project at the Washington-based Centre for Strategic and International Studies.

"This is going to be a difficult challenge for China domestically, and everybody needs to appreciate that."

The U.S. has repeatedly sent warships and reconnaissance planes through the region to emphasize its commitment to freedom of navigation there. "The United States strongly supports the rule of law," State Department spokesman John Kirby said following the publication of Tuesday's ruling. "The United States expresses its hope and expectation that both parties will comply with their obligations."

China's Global Times, a newspaper seen as affiliated with the more nationalist wing of the Communist Party, called the ruling a "brutal violation" that would escalate tensions in East Asia.

"The so-called arbitration award is nothing but a piece of paper. But if the U.S. and Japan use it to pile military and political pressure on Beijing, Chinese people will firmly support our government to launch a tit-for-tat counterpunch," read an unsigned editorial published shortly after the verdict was announced.

The dispute over the South China Sea, pitting China on one side, and the U.S. and its allies on the other, has long had the feel of a modern "Great Game," akin to the 19th-century contest for influence in Central Asia. The real bounty both superpowers are seeking in the South China Sea is the right to develop the plentiful natural resources believed to lie beneath its dark waves. The seabed is estimated to contain up to 11 billion barrels of oil and 190 trillion cubic feet of natural gas. 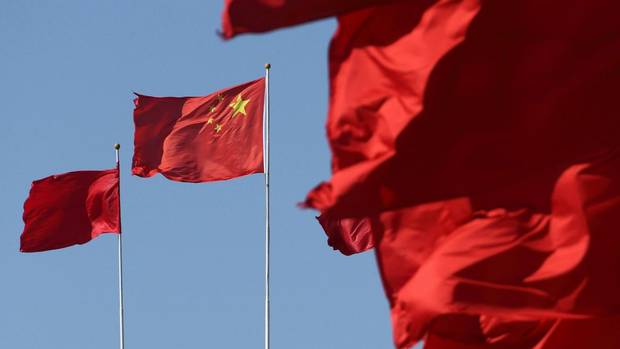 EXPLAINER: A GUIDE TO THE U.S. AND CHINA'S GREAT GAME

As China developed reefs in disputed waters, the U.S. was talking tough. Read Paul Koring's report from 2015 about how the conflict took shape and what was at stake.

Some $5.3-trillion (U.S.) in annual trade passes through the South China Sea, and the waters themselves produce 10 per cent of the world's fish.

The Permanent Court's opinion was sought by the Philippines in 2013 after Chinese ships repeatedly prevented Filipino fishermen from reaching the Scarborough Shoal, an outcrop 215 kilometres west of the the main Philippines island of Luzon, and 830 kilometres from the southeast tip of mainland China. The Chinese government did not take part in the hearings in The Hague, arguing the arbitration court had no jurisdiction since the dispute over Scarborough Shoal, which China calls Huangyan Island, was a bilateral matter.

The arbitration court ruled that, while it was not in position to rule on the issue of who held sovereignty over the Scarborough Shoal, China had "violated its duty to respect the traditional fishing rights of Philippine fishermen" by denying them access to the rich fisheries around the shoal.

Philippine Foreign Affairs Secretary Perfecto Yasay told a press conference on Tuesday that his government "strongly affirms its respect for this milestone decision" and to call for "restraint and sobriety" in the region. Japan and Vietnam – both entangled in their own maritime disputes with China – also said they supported the court's ruling, which could clear the way for other countries in the region to ask The Hague to rule on their own territorial disputes with China.

The ruling was damaging to Beijing's wider claim on several other fronts as well. While Beijing's assertion to ownership of the South China Sea is based on ancient maps showing Chinese presence on the claimed island chains, the arbitration court ruled that such historic claims were extinguished as soon as Beijing ratified the United Nations Convention on the Law of the Sea in 1996. 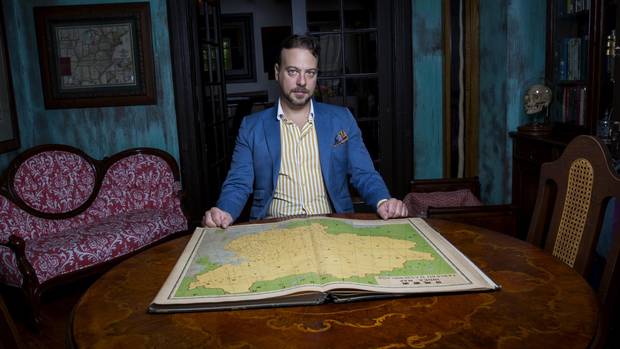 Nathan Vanderklippe reports on how maps, globes and other objects are seen as symbolic evidence to support claims over the South China Sea.

Importantly, the arbitration court found that the Spratly Islands – a chain of islets and reefs that is claimed by China, the Philippines, Vietnam, Malaysia and Brunei – were legally "rocks" and therefore didn't generate their own exclusive economic zones under the Law of the Sea.

The tribunal also found that China had "caused severe harm to the coral reef environment" through its construction of artificial islands by dredging up the seabed, and had thus violated its commitments under the Law of the Sea to protect fragile marine ecosystems.

Mischief Reef lies in the Spratly Islands, which China has sought to lay claim to in order to further its maritime claims in the South China Sea. Here’s the reef as shown on Jan. 24, 2012 …

… and here it is on March 16, 2015, after Chinese vessels dredged sand onto its surface to make room for a base.

A closer view of the northwest side of Mischief Reef on Jan. 8 shows a 1,900-foot seawall and newly constructed infrastructure including housing, an artificial turf parade grounds, cement plants and docking facilities.

Tuesday’s report in The Hague blamed the Chinese sand-dredging project for causing ‘permanent irreparable harm’ to Mischief Reef and its ecosystem.

From the archives: Mark MacKinnon accompanies the Japanese navy as they scan the East China Sea