The Chinese government has denied claims it has charged a Canadian man with spying as an act of retribution for the arrest and extradition proceedings against a Chinese man wanted by the United States for allegedly stealing fighter-jet documents.

Kevin Garratt was indicted this week after investigators "discovered some new evidence" regarding his "accumulation of information in China," foreign ministry spokeswoman Hua Chunying said Friday.

"The competent Chinese authorities will deal with the case in accordance with the law," she said, in response to a question from The Globe and Mail about the links between Mr. Garratt's indictment and the case against Su Bin, a Chinese man accused by American authorities of masterminding a hacking plot to steal military secrets. He was arrested in Vancouver not long before Mr. Garratt was detained in China with his wife, Julia, nearly 18 months ago.

The Christian couple ran a coffee shop and conducted humanitarian work in Dandong, a Chinese city on the border with North Korea. Julia Garratt has since been released on bail, but barred from leaving China or speaking with media.

The couple's children have expressed disbelief that they could be spies after living in China for much of the last three decades running kindergartens and community centres supported by Canadian church groups.

Canadian officials have said they believe the two have become pawns used by Beijing as a tit-for-tat against Ottawa.

The cases against Mr. Su and Mr. Garratt bear a number of parallels. Mr. Su was arrested on June 28, 2014; the Garratts were detained on Aug. 4 of that year.

Mr. Su is midway through an appeal of a judicial order committing him to extradition. U.S. Department of Justice documents revealed by The Globe and Mail on Jan. 22 say two "Chinese military officers" played key roles. Mr. Bin stands accused of giving hacking advice "to a foreign power."

China subsequently denied that its military was involved, and Mr. Garratt was indicted six days after the Globe report on charges of spying and stealing state secrets, according to a brief announcement made by China's state-run Xinhua news agency.

The charges against Mr. Garratt present a new test for the Justin Trudeau government, which has sought to dramatically improve Canada's relations with China, including talks toward a free-trade agreement.

They have also illustrated how the Chinese justice system can be used as a political tool.

Mr. Garratt is being held in a Chinese detention centre in Dandong, and has only been allowed to see lawyers once in nearly a year and a half. He has suffered health problems over the course of his long custody, and has not yet received a chance to defend himself in court.

The Chinese justice system mandates time standards for investigating suspects and bringing them to trial. But it is riddled with so many loopholes and exceptions – particularly in politically sensitive cases – "that it is possible to simultaneously handle the case in accordance with the law and hold somebody for an extended period of time in ways that violate all expectations for due process and fair trail under international law," said Joshua Rosenzweig, an independent human-rights researcher in Hong Kong.

"So they can really take as long as they want."

James Zimmerman, a Beijing-based lawyer for the Garratt family, said he could not comment on the indictment reported in Chinese media, saying he would wait to receive official documents from the court.

In Beijing, meanwhile, China's foreign ministry also batted away concerns from the Garratts' extended family that the couple were detained because of their Christian faith.

"He has been indicted because of spying and stealing China's state secrets," Ms. Hua said. "It has nothing to do with his religion." 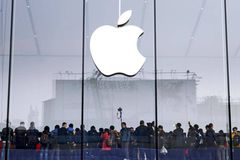