Shi Shuai is the face of classical music's most promising new frontier: a young and gifted violinist, born in Shanghai and trained by some of the West's most prominent musicians, but eager to return to China to perform and teach in a burgeoning symphony scene.

And Fuling, the pretty outpost of 1.2-million at the nexus of the Yangtze and Wu Rivers, has the trappings of a new home for Mozart and Bach. Like dozens of smaller Chinese cities, it boasts a gleaming grand theatre that just opened this year and has, in its initial season, brought Canada's National Arts Centre orchestra to perform.

The future of classical music, many have grown fond of saying, is in China – and Ms. Shi's arrival in Fuling with the NAC seems emblematic of the new sound echoing here. Classical music was banned during Mao's time. It wasn't until the late 1970s that it was allowed back in, and it has exploded in recent years, winning converts and attracting students. But the real test lies in smaller centres such as Fuling, and Ms. Shi is keen to put her talent and passion on display.

"I don't have a good voice to sing," she says. "Violin is like my voice, to sing out what I'm feeling."

But if Fuling is the future, it's one where the quiet concluding bars to the second movement of Tchaikovsky's Symphony No. 5 must compete with the loud chirping of a bird ringtone. As numerous others – from Google and the Home Depot on down – have discovered, exporting Western commerce and culture to China is often not as easy as it seems. The potential of a middle class burgeoning among 1.3-billion new customers continues to thrill, but the work of attracting interest is filled with pitfalls.

The orchestra is here as part of a broader Canadian campaign that this week includes visits from Governor-General David Johnston and Foreign Affairs Minister John Baird. While the NAC works to build a potentially lucrative long-term music relationship with China, Ottawa is hoping cultural diplomacy can help smooth relations still frayed from years of neglect and, more recently, the tension over Chinese buying in the oil sands.

Partway into Mozart's Violin Concerto No. 3, music director Pinchas Zukerman turns to face the noisy burbling of the crowd and vigorously points his finger to his lips; later, Ms. Shi stands up to ask for quiet in Chinese. Nearly all of the theatre's 1,038 seats have been filled – thanks in part to local authorities that bought up numerous tickets and handed them out for free – but not all the patrons are captivated.

In a place where many are hearing this music for the first time, orchestra occupies no sacred space, no tradition of reverent listening. Classical music has arrived in a cultural market furiously trying out new things. The NAC orchestra sits on the Fuling Grand Theatre schedule somewhere between Mamma Mia! and a Michael Jackson tribute show. The symphony opens not to its own music, but to the thundering bass track of a video ad for the theatre's coming shows, with bare chests and thrusting pelvises flashing on the bright screens.

This, then, is orchestra in one tiny part of China outside the major centres, in a place where it must compete for the ears of 19-year-old Ni Sha – Lisa, she calls herself – an English student whose tastes run to blues, country and her current favourite, Taylor Swift.

"I don't think everybody here can understand this concert, including me," she says, as she and a swelling crowd gather outside the theatre high on the banks of the Yangtze. "But I really want to know."

When Peace Corps volunteer Peter Hessler, author of River Town, came to Fuling in 1996, it had been a half-century since an American lived in an isolated place still reached primarily by boat. Today, it's a quick drive down a four-lane highway. The end to isolation has brought visible change, in shiny new apartment towers and roadside advertisements for a residential complex called, in English, "Hot Springs City." Less visible is the curiosity it has sparked about a broader world people are now more able to explore.

"Before this theatre opened its doors we had almost no contact with Western music," says Yang Xiao Lin, 43, a realtor who has come to hear the orchestra. High-speed Internet and Youku, a Chinese equivalent to YouTube, have given people a chance to sample orchestral music ahead of its arrival, and Ms. Yang likes what she has heard. Not only is the NAC concert a chance to taste what she calls "high-rank joy" – status music, in other words – but she finds something spiritual in it. "The cello is so deep," she says.

That appeal – status and sound – has won classical music growing numbers of converts in China, where it had already gained a small foothold pre-Mao, with the Shanghai Symphony opening its doors in 1879. Nine conservatories are now pumping out graduates. Many of their teachers are foreigners or foreign-trained Chinese. Beijing now has at least 10 professional symphony orchestras.

The numbers of young Chinese people studying piano and violin far exceed the population of Canada. Some of the top luthiers on Earth draw out rich tones from Chinese woods; earlier this month, Shenyang, China-born pianist Lang Lang was named International Artist of the Year. Even The Julliard School is planning a new location not far from Beijing amid hopes that Chinese ears will prove hungrier for symphonic sound than those in North America, which have left orchestras facing bankruptcy and salary cuts.

But it's far from clear whether symphonies will truly find a home in China. Even in Beijing, "the National Center for the Performing Arts after five years is doing roughly half as many international well-known orchestras as they were at the beginning," says Wray Armstrong, a well-connected Beijing-based impresario.

Classical music is, in some ways, an expression of a culture foreign to China. "I don't know if China can save Bruckner or Wagner," says Jindong Cai, the director of orchestra studies at Stanford University, and author of Rhapsody in Red – How Western Classical Music Became Chinese.

There may, however, be a future for symphony with an Asian lilt. The Chinese pipa instrument has found its way into symphony performances in major North American and Australian concert halls, while Chinese composers are experimenting with new orchestral sounds. There's even an argument that it is no more difficult to lure Chinese audiences to Mozart than to Michael Jackson – both are unfamiliar.

That doesn't make it easy. The raucous concert in Fuling is "proof that we're a long ways from bringing Western culture to the hinterlands" of China, Mr. Zukerman said. "And the hinterlands is what makes a country. It's not Shanghai, and it's not Hong Kong."

Still, even in Fuling some see an innate appeal in symphony. Ms. Yang, the realtor, emerged from the concert bearing a broad smile. It was, she said, "really shockingly good. Sometimes it sounds like a young girl is telling a love story gently. And sometimes it feels like you're in a deep forest." Her husband, however, thought it could use a slight tweak. "It would be better," he said, "if they could add a little more Chinese characteristics." 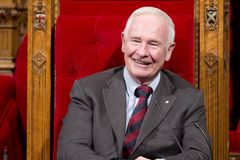 new
Why China is making a big play to control Africa's media
September 11, 2013 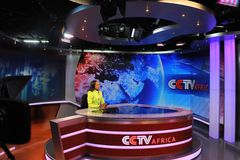 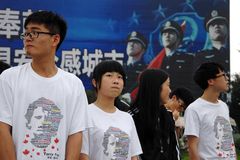 China is not buying the world
Subscriber content
July 9, 2013 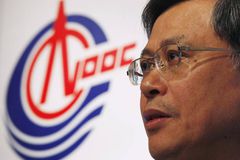 Tao Lin’s new novel makes art from the products that define our daily lives
May 31, 2013 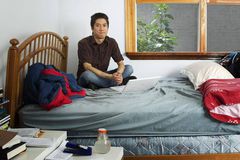