After decades of calls to change a system that allows police to shrug off spousal battery as a private family matter, the Chinese government has for the first time published a draft national law addressing family violence.

For years, the ugly stories have accumulated: women whose husbands have disfigured them with acid, burned them with cigarettes, bloodied them with fists, maimed them with knives and sometimes killed them – often with no intervention from authorities.

On Wednesday, China moved a step closer to giving battered women a chance to seek justice. The State Council Legislative Affairs Office published a draft law that proposes to fill a legal void left by the absence of rules specifically prohibiting domestic abuse and providing protections for victims. Combating violence in homes "is the common responsibility of all society," says the draft. It calls on "governments at all levels" to join in, and offers a formal definition of domestic violence, which is not included in the 1980 Marriage Act that currently governs domestic problems.

The draft still has major failings, including a requirement that alleged abuse be reported within 30 days. It also seriously restricts the availability of restraining orders against a spouse and narrowly defines "family" that excludes dating couples, divorcees and gay partners.

But its publication was nonetheless cheered by advocates and victims, who called it a historic measure in a country whose legal system has trailed far behind its breakneck economic development.

"It's a pretty big step – not big enough, of course. But it's still progress in the right direction," said Kim Lee, who became an icon of China's domestic violence problems three years ago when she posted photos of her own beaten body to local social media. She had been beaten by her then-husband Li Yang, the celebrity founder of Crazy English.

"You knocked me to the floor. You sat on my back. You choked my neck with both hands and slammed my head into the floor," she wrote at the time.

Her initial attempts to involve police were rebuffed. Like vast numbers of others – official Chinese statistics say 25 per cent of women have been abused at home; other surveys place that figure twice as high – Ms. Lee was told to stay calm and go home, where everything would be fine.

She instead sought to fight, secured a divorce and found a new calling in fighting for change. "I helped write" the draft law, she said in an interview Wednesday, adding that versions of it have been around since 2007, but never brought forward. She offered hope that the current draft will be enacted in two years' time. "Things are moving at a snail's pace, but it's a very fast snail compared to the old snail," she said.

The impact of any law, however, would likely be muted by the omissions in the proposal, which are significant. "Some very important points have been missed in this draft," said Feng Yuan, a prominent women's rights advocate who has founded several non-profit groups. By restricting the law's application to married couples and close family members, it leaves out those who co-habit or come together in traditional – but not legal – ceremonies. "If this law cannot protect them, they are just not protected," Ms. Feng said.

The draft does not specifically mention sexual violence, suggesting it will leave "marital rape unpunished," she added. It also would require women to seek protective or restraining orders in conjunction with another suit – such as a divorce filing – which is a potentially major impediment to women seeking to escape violence without immediately tearing apart the rest of their personal life.

The law, if it is enacted, could nonetheless provide a critical new legal toehold for abused women. Leta Hong Fincher, the author of Leftover Women: The Resurgence of Gender Inequality in China, said one woman told her she filed at least seven police reports detailing domestic abuse and made numerous hospital trips to document her injuries, but to no avail. "None of it was considered in court because in many cases the judges don't have a law to go by that gives them direction on how to rule that domestic violence has actually occurred," Ms. Fincher said. The new draft may not be perfect, but "having something there is better than not having anything," she said.

Still, the lack of a law is only part of the problem. In addition to police willingness to turn a blind eye to bruised women, cultural attitudes make it difficult to tackle domestic violence.

A review last year by the multinational law firm DLA Piper said 28 of 34 Chinese province-level administrative regions have created regulations on domestic violence. But "due to widespread mistrust of the legal system and lack of confidence in legal processes among citizens, victims of domestic violence in [China] will generally not rely on legal recourse to solve their issues," the firm's report said. 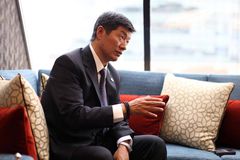 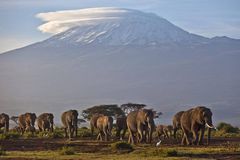