China has commuted the life sentence for a Canadian man whose imprisonment on terrorism charges stands at the centre of a lengthy diplomatic dispute between the two countries.

At a time when both Ottawa and Beijing are seeking to move past old frictions, judicial authorities reduced the punishment for Huseyin Celil, a Canadian citizen jailed in 2007, and 10 other prisoners in China's far western Xinjiang region.

Those with life sentences had their prison terms reduced to 19 1/2 or 20 years, according to a report by China's state-run Xinhua news agency. Xinhua did not specify the term of the new sentence for Mr. Celil, nor did court websites in Xinjiang. Calls to courts in Xinjiang went unanswered.

Mr. Celil, 46, is a Chinese-born imam who was travelling on a Canadian passport when police in Uzbekistan arrested him and sent him to China, where he was sentenced to life in prison. China refuses to recognize his Canadian citizenship and has barred Canadian officials from seeing him.

"This would not be accidental," said Gordon Houlden, director of the China Institute at the University of Alberta. "They know this is a case of huge sensitivity to Canada."

But the shorter sentence still leaves Mr. Celil behind bars for another two decades: In China, a commuted sentence does not give credit for time served.

"We got something good from the Chinese government. Now it's the Canadian government's turn," she said in an interview from Burlington, Ont., where she lives with the couple's four children. "I really beg Mr. Trudeau to step up. This is his time."

A spokesman for Global Affairs Canada said Mr. Cecil's case "remains important to the Government of Canada and continues to be raised at senior levels." He said the government continues to call on the Chinese to permit Canadian officials to conduct a consular visit to monitor Mr. Cecil's well-being.

John Kamm, whose Dui Hua Foundation maintains the world's largest database of Chinese political prisoners – some 6,000 currently detained or imprisoned – personally raised Mr. Celil's case more than a dozen times with Chinese officials. The new sentence may not be final, he said. "The effort now turns to securing sentence reductions," he said. "This is what I do, I will vigorously continue this effort."

Mr. Celil's sentence was commuted less than a week after Chinese officials indicted Kevin Garratt – another Canadian whose detention has been disputed by Ottawa – on charges of spying and stealing state secrets.

"It's very much in line with how China operates – first they give you the bad news, and then shortly thereafter they give you some good news," Mr. Kamm said.

Mr. Celil fled China in the mid-1990s after being jailed for using a megaphone to broadcast calls to prayer. A Chinese court subsequently sentenced him to death in absentia for organizing a political party to advocate for China's Uighur people. He moved to Canada in 2001 as a political refugee and received a passport four year later.

The Uighurs are a Muslim minority who say Beijing has discriminated against them by restricting their ability to practice their religion.

In China, prisoners can have sentences commuted if they "so-called admit to the crime, promise to correct wrongs, show good performance during their time in jail or make major contributions" during their incarceration, said Li Xiongbing, a Chinese human-rights lawyer.

But the reduction in Mr. Celil's sentence is hardly an indication that China is prepared to go lightly on him, said Joseph Shi, a Chinese dissident imprisoned for seven years before coming to Canada, where he is now a municipal councillor in Alberta. "The Canadian government may think this is a sign to smooth the relationship. Actually, no: This is just very harsh treatment."

Still, the fact Mr. Celil's sentence was commuted along with 10 others convicted of jeopardizing state security may indicate an acknowledgment in China that its "unyielding hard approach to Xinjiang simply is not working," Mr. Kamm said. "My hope is that this is a sign that the Chinese government is rethinking its approach."

Mr. Celil remains locked in what his Canadian lawyer, Chris MacLeod, calls a "gulag." But he now has the prospect of getting out one day.

"We'll take rays of light wherever we can find them," he said. 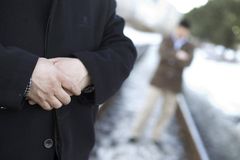 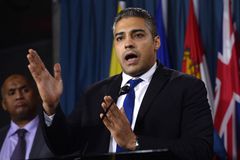