Even as its economy slows, China has wowed its African allies with an impressive display of political promises and a staggering $60-billion (U.S.) in new financial support.

Chinese President Xi Jinping came to Africa bearing gifts, and he was rewarded with a standing ovation and glowing praise from dozens of African heads of state at a summit in Johannesburg on Friday. It was a clear demonstration that China remains a superpower in its influence in Africa.

Mr. Xi said everything that the African leaders wanted to hear. He spoke of political equality. He pledged that China would never impose its will on Africa. He promised $156-million in emergency food aid for Africa's drought-afflicted nations, and a further $60-million for an African military rapid-response force. And then he made the announcement that everyone was awaiting: a total of $60-billion in grants, loans, credit and preferential financing for cash-strapped African nations.

Zimbabwean autocrat Robert Mugabe was among the leaders at the summit who heaped praise on Mr. Xi, calling him a "God-sent person" and a welcome change from Western "colonizers."

The timing of the financial aid was crucial, since African economies have suffered badly from China's slowdown this year. China has become Africa's biggest trading partner, with about $220-billion in trade last year, but its African trade has slumped by 18 per cent in the first nine months of this year. China's imports of African raw materials have dramatically declined since late last year, and Chinese investment in Africa has dropped by 40 per cent in the first half of this year.

At previous China-Africa summits, Beijing has doubled its financial support for Africa every three years: from $5-billion in 2006 to $10-billion in 2009 and then to $20-billion in 2012. But this time China stunned the Africans by tripling its support, exceeding the $50-billion that some analysts had predicted.

While many African currencies have collapsed this year because of falling commodity prices and other economic woes, Mr. Xi insisted on an upbeat view. He said African economies have reached the "takeoff" point, and their growth is "unstoppable."

Western governments that offer aid to Africa often make demands about democracy and human rights, but Mr. Xi make it clear that Beijing will never do this.

"We should remain committed to political equality and mutual trust. We should respect each other's choice of development paths and not impose our own will on the other."

In addition to the loans, grants and emergency food aid, Mr. Xi brought other gifts. He promised that China would train 200,000 African technicians. He pledged to cancel some of the debts of the least-developed African nations. He offered to negotiate free-trade agreements with Africa. He pledged support for African counterterrorism and "riot-prevention" programs. He even promised that China would provide satellite-television reception for 10,000 African villages.

The summit's opening session, held at a convention centre in Johannesburg, was reminiscent of Chinese Communist Party congresses in Beijing, with rows of dark-suited officials applauding every speech in unison in a cavernous hall.

African officials could hardly contain their excitement about China and the China-Africa summit. "Future generations will surely write that it was here at this historic time and place that we ensured a golden age for China and Africa," said the South African Foreign Minister, Maite Nkoana-Mashabane.

The chairwoman of the African Union, Nkosazana Dlamini-Zuma, quoted a Chinese prime minister who said China and Africa were like spiders that could work together to tie down a lion.

For his part, Mr. Xi said he agreed with the South African liberation hero, Nelson Mandela, who said an "African century" was now dawning. 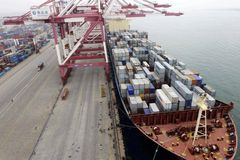 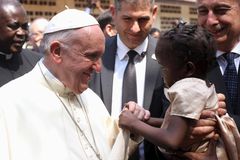 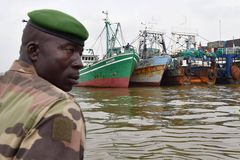