Pictures of China's new stealth warplane not-so-secretively leaked just days before U.S. Defence Secretary Robert Gates visits are another flex of military muscle as Beijing positions itself as a superpower rival to the United States.

From a purely military standpoint, the not-yet-flying prototype is two decades behind U.S. stealth warplanes that flew - even on combat missions - for years before being publicly acknowledged, let alone photographed and bragged about.

But stealth fighters such as the killer missile China fired into space to destroy a satellite three years ago and China's new-found interest in aircraft carriers - the very icons of global power projection - are all big-league weapons and clearly demonstrate that Beijing is no longer content to be a regional power armed with Soviet hand-me-downs.

Showing off its military punch has emerged as a new part of China's strategy.

"Over the years, the Chinese military doctrine was 'hide and bide' - hide your resources and bide your time," Vice-Admiral Jack Dorsett, director of naval intelligence, said. "They now appear to have shifted into an era where they're willing to show their resources and capabilities."

China has sent warships on anti-piracy patrols off the Somali coast and has been increasingly aggressive in asserting claims to disputed islands in the South China Sea.

"For the United States, these are all indicators that the Chinese aspire to be a new peer,'' said John Pike, director of GlobalSecurity.org. Mr. Pike, while echoing the Pentagon's assessment that Beijing was a decade or more away from operational deployment of stealth warplanes, noted "2010 was the year that America lost its stealth" monopoly.

"Stealth" technology uses sophisticated shapes to reduce the radar signature along with masking of jet inlet and exhausts, making even large, fast-moving warplanes exceedingly hard to detect and target. War game-simulation suggests "fifth-generation" fighters such as the U.S. just-deployed stealth F-22 Raptors (which cost $150-million each) could shoot down 40 or 50 older-generation fighter jets in a "dogfight."

In reality, no U.S.-built fighter has been downed in aerial combat since the 1973 Arab-Israeli war and no fighter flown by U.S. pilots has been shot down by another warplane since the Vietnam War. Surface-to-air missiles pose the greatest threat to modern warplanes.

Still, Mr. Pike noted that Beijing seems to be tackling the sophisticated, massively expensive stealth project on its own, further evidence of the Communist government's willingness and capacity to fund and sustain 21st-century military technologies.

Beijing has been testing new, powerful, anti-ship missiles that could pose a real threat to U.S. aircraft carrier battle groups. And China is expected to send an extensively rebuilt, Soviet Kuznetsov-class aircraft carrier to sea next summer, another first that will signal that Beijing is seeking a blue-water navy, rather than just a coastal force.

In fact, some analysts, including Mr. Pike, suggest that unmanned warplanes - bigger, faster, and vastly more powerful than the missile-firing drones already used for ground attack and surveillance - may eclipse pilots in stealth fighters before Beijing's first squadron is ready some time around 2020.

Nevertheless, China's demonstrated willingness to invest in stealth or fifth-generation fighters could force Japan and South Korea - both currently modernizing their air forces - to seek to buy stealth warplanes such as the F-22 Raptors from Washington. Currently, export sales are banned, even to the U.S.'s closest allies, including Canada, which must make do with the far less stealthy, albeit cheaper, F-35 Lightning still in development.

However, unlike last century, when airplanes, tanks and eventually missiles determined battlefield outcomes, the 21st-century's conflicts may have little to do with stealth warplanes.

Hulking black prototypes taxiing on Chinese air bases don't impress Adm. Dorsett. "The technology that I'm most concerned about is China's focus and attention on trying to develop capabilities to dominate in the electro-magnetic spectrum, to conduct counterspace capabilities, and clearly to conduct cyber activities," he said. 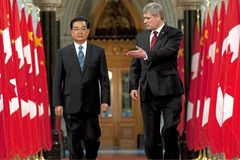 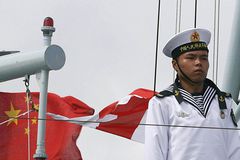