Mr. Xi's China, thrust into an ideological tightening with echoes of the Cultural Revolution, wasn't supposed to look like this. But like a spring that recoils after it has been squeezed too tightly, some are fighting back, giving rare voice to internal dissent in an increasingly authoritarian state. It's far from a revolution.

Yet the past few weeks have seen a remarkable succession of challenges to China's authoritarian tack under Mr. Xi, which has included detaining hundreds of human-rights and labour advocates, proscribing religious freedoms, scrubbing homosexual and other "immoral" content from television, aggressively censoring social media and demanding that traditional media fall into line with Communist Party dictates.

"Enough is enough. It's bound to trigger some kind of reaction," said Bao Pu, a publisher in Hong Kong whose father is a high-ranking Communist official turned political prisoner and dissident after the 1989 Tiananmen Square massacre. "What you see is just the tip of the iceberg of discontent."

It has come from unexpected places. Jiang Hong, a professor at the Shanghai University of Finance, is a member of the Chinese People's Political Consultative Conference, which makes him political high society. But during meetings of China's rubber-stamp Congress this month, Prof. Jiang struck a defiant tone.

"The rights to speak freely must be protected," he told Caixin, a financial publication. The comments were deleted, as was a subsequent article documenting the censorship.

Prof. Jiang has refused to be cowed. "I think it's necessary to talk about this topic," he said in an interview with The Globe and Mail.

"A citizen's right to free speech and right to speak out are very important to a healthy, harmonious and legal society. Without them, it will be hard for us to supervise the government, and manage government so that it can work for the people."

It's not a new cause for Prof. Jiang. Two years ago, he proposed a bill to enshrine those rights entitled "Only Democracy Can Radically Cure Corruption." At the time, party press covered the proposal. Over the previous decade, a loosening environment had made critical commentary more routine.

Now, however, "it has reached a kind of extreme state, which involves simply deleting comments and barring you from speaking," Prof. Jiang said. "The degree of change is striking."

He struggles to understand what he has done wrong, saying he has broken no rules or regulations. China's own constitution says, "Citizens of the People's Republic of China enjoy freedom of speech."

What is happening today is "a new phenomenon. In the past, only ordinary Netizens were censored like this," said Qiao Mu, an associate professor of journalism at Beijing Foreign Studies University.

Prof. Qiao has himself been caught in the clampdown. An advocate of Western-style journalism, he has been barred from teaching and research, relegated instead to translation and book reviews in the university's library. He stood before his last class in June, 2014. "They think you have dangerous thoughts," he said. "It's a minor Cultural Revolution. They control people's minds, their speech, their writing and publications.

He referred to Document No. 9, an internal party document from 2013 that listed "seven no's" for China, including Western-style democracy, the promotion of universal human-rights values, and Western philosophies on media and civil society.

The Chinese President is reinstating a "patriarchal, hierarchical, traditional autocratic culture where the emperor – the leader of the Communist Party – rules all," Jasmine Bernstein Yin, a Columbia University student, wrote in The Australian in March, in another public call for change.

She was raised in China but educated mostly abroad since the age of 12, and her writing has attracted attention because of her lineage: She is the granddaughter of Ye Jianying, a Mao-era general and former Chinese head of state.

In an interview, Ms. Bernstein Yin, 19, acknowledged being a princeling, a child born into wealth. But, she said, "in my generation, a lot of Chinese teenagers, or people in their early 20s, share a similar mindset." She has been criticized "for betraying my country," but feels "someone has to speak out."

Her writing followed a prominent February visit by Mr. Xi to the headquarters of three central Chinese state-run media outlets, where he ordered the country's press to serve the party.

For some, that was the last straw. Ren Zhiqiang, a prominent commentator who boasted nearly 38 million social-media followers, lashed out online, asking, "Since when did the people's government become the party's government?"

His accounts were closed, and Chinese officials threatened further punishment, but the harsh response succeeded only in eliciting more public backlash, as his case crystallized the feeling, for many, of being fed up.

Last week, Zhou Fang, a former investigative reporter with Xinhua, posted a withering online editorial saying that "online expression has been massively suppressed, and the public's freedom of expression has been violated to an extreme degree." The post quickly vanished. Mr. Zhou has said he still works for Xinhua, on administrative duties.

But the censors have not been able to keep the backlash from emerging even on their own media.

The explosive text faulted the leader for "unprecedented problems and crises in all political, economic, ideological, and cultural spheres." Ominously, it said Mr. Xi should step aside in part "out of consideration for your personal safety and that of your family."

The letter was first published by overseas Chinese websites canyu.org and jingmingnews.com, which received it unsolicited. It then appeared on watching.cn, one of a new-generation of fresher-faced sites designed for a younger audience but still administered by the state. Some observers suspect hacking; others believe the posting was deliberate. It's not clear who wrote the letter, or whether it even came from inside China.

But Chinese authorities appear to have taken it seriously, questioning relatives of Jia Jia, a journalist who found the article on watching.cn and warned its editor. This week, Mr. Jia also vanished. Friends believe he was seized for questioning.

What has made authorities "panic is, behind the flattery for Mr. Xi, growing dissatisfaction among Chinese officials, businessmen and intellectuals," said Cai Chu, editor of canyu.org. "Mr. Xi's political opponents are taking advantage of it and have created a sort of 'coup atmosphere.'"

Politically, China has entered "a really dangerous time," said Kerry Brown, director of the Lau China Institute at King's College in London. Next year, during the 19th National Congress, the Communist Party will unveil the makeup of the new Politburo, the most powerful body in the country, and "people are edging to be potential leader."

Criticism of Mr. Xi is "indicative of the unease that's lying underneath," Prof. Brown said. He worries that "these kinds of statements could be a prairie fire that gets started by a single spark."

Meanwhile, human-rights defenders see cause for hope. "If there are power struggles within the party, it provides the possibility of more space for civil society, for democratic forces" said Teng Biao, a lawyer who has represented some of China's most famous dissidents.

But Prof. Jiang says he has no political agenda. He wants to see China advance as a country, and intends to keep championing that cause.

"If a society wants to move toward modern forms of governance and rule by the law, as we are pursuing, I think these must be done," he said. "Different opinions should be expressed in the open – through normal political avenues and expressed to society through normal procedures – rather than hiding them under the table and letting people guess what is happening." 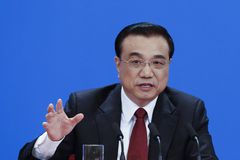 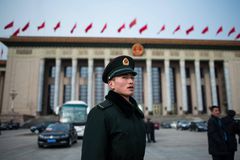