Greenhouse gas emissions are rising relentlessly, with potentially catastrophic results. Or are they?

On Monday, four days before the end of the Paris climate conference, scientists have produced an exceedingly rare bit of good news about planet-warming global emissions: They will probably fall this year.

Thanks largely to the economic slowdown in China, which is translating into slightly less coal use, coupled with the rapid rise of renewable energy, global emissions are projected to fall by about 0.6 per cent his year, according to a new study released by the Tyndall Centre for Climate Change Research at the University of East Anglia in England.

The bad news is that the scientists do not believe a decline in carbon output can be sustained, meaning it's far too early to predict an emissions peak.

But what the study, called Reaching Peak Emissions, does suggest is that the historically reliable link between economic growth and emissions growth, which has existed since the Industrial Revolution two centuries ago, can be broken. "While declines in emissions have previously occurred during periods of economic crisis, this would be the first decline during a period of strong global economic growth," a summary of the report said.

David Runnalls, a senior fellow at the Centre for International Governance Innovation in Waterloo, Ont., said he found the Tyndall report encouraging, noting that both Germany and the United States have shown in recent years that they can expand their economies without increasing the output of greenhouse gases. The Tyndall report suggests the link can be broken on a global scale. "I don't think you can assume any longer that a growth in GDP assumes a growth in energy consumption," he said.

While the research is bound to be disputed, the authors were careful to stress that the prediction of a 0.6-per-cent fall in global emissions in 2015 was an estimate and depends to a great extent on coal-fired electricity generation in China, India, the United States and elsewhere. The actual decline could be as deep as 1.6 per cent, or there could be small rise of 0.5 per cent.

The report found that emissions growth is falling in many countries, and total emissions are actually contracting in others, to the point that global emissions rose by only 0.6 per cent in 2014; in the previous decade, emissions had grown, on average, by 2.4 per cent a year. Last year's lower growth rate could be largely attributed to China, where carbon output rose only 1.2 per cent, an enormous drop from the 6.7-per-cent annual rise in the previous decade. Emissions in the United States and the 28-country European Union have been falling for a decade.

India, the fourth-largest emitter of carbon dioxide, is the wild card because of its enormous potential for energy-gobbling economic growth. Today, India's carbon dioxide emissions are the same as those in China in 1990. If India's development follows the same path as China's, India's emissions could eventually equal those of China. Currently, India accounts for 7.2 per cent of global emissions; China is responsible for 27 per cent.

India has made it clear that it will cut back its use of coal, the dirtiest fuel, only if the developed world helps to finance its transition to a cleaner economy through the widespread use of wind, solar power and other renewable technologies.

But a November report in the Asia-Pacific Journal by professors John Mathews and Hao Tan, both of Australia, noted that the growth in China's renewable energy was also under-reported, suggesting that future emissions growth could be substantially curtailed. They said that in the first nine months of 2015, China's "growth of new generating capacity based on water, wind and sun greatly exceeds the growth of new capacity based on burning fossil fuels."

A new study released Monday paints a clearer picture of how emissions have grown in recent years. The Tyndall Centre for Climate Change Research found global emissions should fall about 0.6 per cent this year, thanks largely to China's economic downturn. Here's how Canada stacked up against the top emitters in the world in 2014.

THE BIG EMITTERS: BY THE NUMBERS 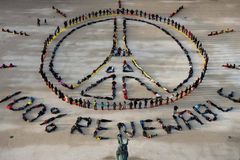 Scientists to gather in Vancouver to discuss rapid warming in the Arctic
December 6, 2015 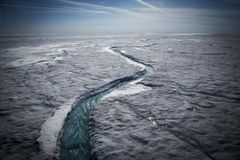