No nation is more keen to have the world adopt its tongue than China, which spends heavily to subsidize language studies and has pushed for international recognition of its "intangible cultural heritage."

But even government largesse from the world's second-largest economic power hasn't been enough to build global hunger for the language that has more native speakers than any others. In recent years, mainland Chinese language schools have shut their doors, Mandarin-studies entrepreneurs have sold their businesses and Western students have stayed away from China.

Faltering interest in Chinese offers a unique window into the ways China is struggling to make itself attractive, its image tarnished by rampant pollution, an authoritarian government and leaders who have adopted an increasingly aggressive and suspicious posture toward neighbours and rivals alike.

"China still has not won the soft-power game and that's why the language is so fragile," said David Moser, a China commentator who is academic director at CET Chinese Studies at Beijing Capital Normal.

There's plenty of reason to study Chinese: Even at its more sluggish current growth rates, China remains a potent global economic power, a country reshaping international institutions and using its economic might to devour companies around the world. It is possessed of an extraordinary culinary culture and blessed with a remarkable literary endowment.

But U.S. interest in Chinese has fallen precipitously following a surge that preceded the Beijing Olympics. Nearly 50 per cent fewer U.S. university students enrolled in Mandarin classes in 2013 compared to 2009, according to the Modern Language Association. (South Korea's massively successful K-pop and soap operas have brought a rapid rise in the number of U.S. students studying Korean.)

In Cantonese-speaking Hong Kong, which is administered by Beijing, aversion toward Mandarin – the language of the Communist Party-ruled mainland – has risen dramatically in the past decade, local polling shows.

Even inside China, those teaching Mandarin have fallen on hard times. Of 10 schools in Beijing and Shanghai called by The Globe and Mail, only four appeared to actually still be in business.

Chinese companies are hiring fewer expats. Heavy censorship means Chinese books, movies and TV shows – and the language in which they're created – often have less appeal to outsiders. And the strong yuan has chased away students from countries like Russia.

Several years ago, linguist John Pasden watched language entrepreneurs flood the market "because they heard Chinese was the next big thing. Now a lot of them are being driven out because they're realizing the market isn't as good as was promised, or it's not growing as promised."

Fewer people are even interested in travelling to China. Last year, the number of foreign tourists coming to China fell, even as global international tourist arrivals rose 4 per cent. And in 2014, the latest year numbers are available, the number of American students in the country contracted for the first time in a decade, according to data from the Institute of International Education. Numbers of Japanese and South Korean students are down, too, according to China Scholarship Council figures. Indian, Indonesian and Russian students have filled the gap, and the overall number of foreign students in China continues to rise, although at its slowest pace in a decade.

One bank study even suggested fast-growing African countries could make French a more widely spoken language than Mandarin by 2050.

The problems inside China come as the country struggles to plant its flag abroad. Universities in Canada, the U.S., Sweden, Germany, France, the U.K. and Russia have kicked out Confucius Institutes, the language and culture centres built and funded by China as a way to spread global influence. Described by one official in Beijing as "part of China's foreign propaganda strategy," the institutes have drawn anger for interfering with academic freedoms.

And outside subsidized instruction, teaching Chinese has been a tough sell.

In 2012, Mandarin teacher Li Ye secured a teaching position at a Beijing college – only to have the entire department cut a year later. Then he took work at Beijing Language and Culture University Press, which publishes Chinese textbooks. But sales "were not good," he said, estimating a 10-per-cent drop in recent years.

Meanwhile, Chinese universities continue to pump out teachers. In Mr. Li's hometown of Daqing, a local university has roughly 100 students studying Mandarin instruction. But "I doubt there are more than 100 foreigners in total in Daqing," he said.

Students once flew to China for a year of studies, but that is now "very, very unusual," said Mark Lenhart, executive director of CET Academic Programs, which organizes studies abroad in numerous countries, including China. Today, "they might go for two or three weeks and hit a few major cities and then come home."For a student contemplating a semester abroad, "a place like London or Paris or Florence sounds like a lot more fun," Mr. Lenhart said.

Mr. Pasden, the linguist, sees another reason: Too many Chinese teachers still teach like they were taught, demanding Westerners learn by gruelling rote. The founder of Shanghai-based AllSet Learning, he has put considerable effort into creating his own study materials. But "the field of teaching Chinese to foreigners is still at really early stages, and Chinese don't really know what to do," he said.

In 2005, Hank Horkoff launched ChinesePod, a popular tool offering downloadable audio lessons that is among the more accessible ways to learn Chinese. But he sold it in 2014. "The reality is the only language market that really matters is the ESL market," he said – teaching English to Chinese speakers, rather than the other way around.

It's partly a question of motivation, he said. Chinese is, simply, not an easy language for most outsiders.

For many, the question is: Why bother – particularly when so many young Chinese now speak English that it's easy to find others to bridge linguistic barriers. 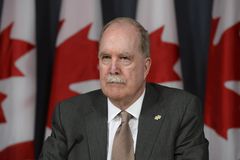 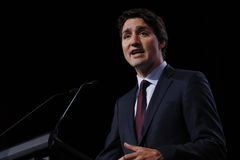