The accusations against Bo Xilai are serious enough – massive corruption, abuse of power, helping to cover up a murder – that the fallen star of China's Communist Party is likely going to jail for a long time.

But the official Xinhua newswire added one more titillating allegation to the list when it passed judgment on the disgraced Mr. Bo late last month: that he also had "improper sexual relationships with a number of women."

The Communist Party, in attacking Mr. Bo for his supposed infidelity, was only following the script from political purges past, destroying the outcast morally as well as legally. Though Mr. Bo was once the darling of China's neo-Maoist "new left" movement, there are few who would publicly declare their support for him now.

If Mr. Bo had numerous mistresses, as Xinhua implied, the news would shock few people here. For China's business and political elite, keeping multiple mistresses – and doing little, if anything, to hide it – is as much a part of the package as the bling watches, the flashy sports cars and the offspring attending expensive Western universities.

China's top sexologist calls it the "emperor complex" and says powerful Chinese men seek to accumulate women the same way they desire money and power. "I think it mainly comes form the Chinese tradition of having concubines. Monogamy has only been around for 60 years. But in history, there was nothing wrong with [having mistresses] at all," said Li Yinhe of the state-run Chinese Academy of Social Sciences. "Now successful men take mistresses – I would even call it a subculture – as a way of showing off their success."

In advance of Mr. Bo's trial – expected some time this fall or early next year – the guessing game in Beijing is just how many mistresses he will be accused of having. When Liu Zhijun, the former Railways Minister, was ousted last year in another corruption scandal, it was reported in state news media that he had been seeing 18 women on the side. Another famously corrupt official in coastal Fujian province once forced his 22 mistresses to publicly compete against each other for his affections.

Rumours of philandering followed Mr. Bo throughout his career, going back to when he was the mayor of the coastal city of Dalian. Jiang Weiping, a journalist who was jailed in 2000 after reporting on corruption in Dalian at the time, said he believes Mr. Bo had "not less than 100" mistresses.

"Dalian held an International Fashion Festival during his term. There were many actresses who came to Dalian for it – singers, movie stars, sports stars, etc. Bo had high tastes," Mr. Jiang, who now lives in Toronto, said in a telephone interview. In return, Mr. Jiang said, Mr. Bo showered the women with real estate, cash and other gifts. "It's not just him. It's very common with local [Communist Party] leaders."

Indeed, a 2007 report prepared for China's top prosecutor drew a direct line between marital indiscretions and misbehaviour in office. Almost 90 per cent of the officials who had been sacked for corruption over the previous five years had mistresses, the report found, with "some keeping several."

Hong Kong media have alleged links between Mr. Bo and movie star Zhang Ziyi, reporting she was paid $1-million per encounter to sleep with him. Ms. Zhang has angrily denied the stories and is suing the websites that published the story. Her lawyer says the Crouching Tiger, Hidden Dragon actress has never met Mr. Bo, but has lost $750,000 in work because of the whiff of scandal.

Part of the reason many were willing to believe the tale is the everyday nature of extramarital affairs in China. "I have heard of businessmen who take their mistresses to attend a friend's party, rather than their wives," Ms. Li, the sexologist, said.

With divorce rates in the country at an all-time high, some women believe its time to challenge society's acceptance of men keeping mistresses, who are colloquially known here as "ernai," or "second nipples."

When Xin Ya, a 40-year-old divorcee from the port city of Xiamen founded what she called the Anti-Mistress Association last summer, tens of thousands of Chinese women tried to join it in the first week alone. "We wanted to unite all forces in society against mistresses outside the marriage, and violence inside the marriage, and to help members protect their marital rights," said Wu Hen, a psychologist who volunteers with the group.

The anti-mistress campaign quickly made some powerful enemies, however, and the organization later sought a lower profile and changed its name to the Marriage Defence Association. "Criticizing the mistresses started a new cycle of hurt. Many people were angry and complained about us. Our staff has been threatened. My car was even [run into] once and I think I know who did it," Mr. Wu said.

A television talk show that tried to tackle what Mr. Wu calls the mistress "phenomenon" was recorded but never broadcast, he said, because a rich businessman whose jilted wife wanted to speak out used his influence to prevent it from being shown.

Some argue it's time to embrace the third wheel in such relationships. For the past two years, another online support group – the China Mistress Association – has sought to have March 3 (the third day of the third month) added to the calendar as Mistress Day.

And what about "erye," or "second men"? Ms. Li said that while Chinese society tolerates powerful men keeping mistresses, the reverse is still frowned upon and a Chinese businesswoman would probably seek to conceal an affair she was having outside her marriage. "It's a male-oriented society," Ms. Li said. "Men are expected to like sex, but women are not." 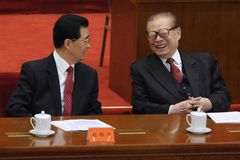 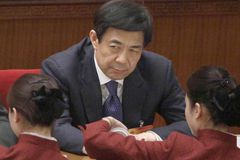