Nearly two weeks after China detained a Canadian couple it accuses of stealing state secrets, Beijing's envoy to Ottawa is pleading for calm, saying "bumps and grumps between countries" should be prevented from "kidnapping our bilateral relations."

In an opinion article for The Globe and Mail, China's ambassador to Canada, Luo Zhaohui, sketches out the complexity of the bilateral relationship in trade and education before appealing to Canada not to take retaliatory action.

"It is inevitable that cases of illegal activities occasionally surface with increasing exchanges between the two peoples," he wrote. "I propose that we should not impose limits on personnel exchanges and handle those cases in accordance with the law so that we can remove obstacles to further promote bilateral relations."

The letter marks the most expansive statement by China on a situation that threatens to mar relations with Canada, after secret police took into custody Kevin and Julia Garratt, Christians who first moved to China 30 years ago.

For the past six years the Garratts ran a coffee shop in Dandong, a Chinese city on the border with North Korea, and worked to bring humanitarian goods into that secretive country. They also worked with North Korean Christians inside China.

The couple are now under close guard in "residential surveillance" by China's powerful State Security Bureau after being accused of stealing military and defence research secrets. China has offered few details about what it believes the Garratts did wrong, and experts have said the country's state secrets statutes are so broad that they can easily be used to net people who have not deliberately broken the law.

In the article, Mr. Luo offers no indication that Beijing is prepared to back down in the case of the Garratts. He says instead Canada and China "should face up to individual cases and properly handle our differences, accumulating positive energy for the development of bilateral relations."

The ambassador's message is unlikely to have been written without the approval, or involvement, of the Chinese foreign ministry in Beijing. But the foreign ministry wields less power than the State Security Bureau that is detaining the Garratts, and the article may reflect internal Chinese tensions rather than a bid by China to back down, said Charles Burton, a China expert at Brock University.

"The ambassador will be held to account by his government if under his ambassadorship Canada-China relations flounder. So I would imagine that Mr. Luo would be much relieved if the Garratts were deported back to Canada," Mr. Burton said.

"I fervently hope that this will happen. But I see this op-ed as a defensive public plea in the face of the embassy's considerable concern over … the potential impact of the Garratts' continuing incarceration on Canada's China policy."

The Garratts' status as Christians has raised concerns in Canada, particularly as their case has brought to light a quiet campaign by China to evict hundreds of foreign missionaries in the past year. China has carried out a broad crackdown on religion, going so far as to tear down some churches, while demanding identification documents from churchgoers and restricting publication of new Christian books.

At the same time, their detention has raised suspicions that Beijing is using the Garratts as payback, after Canada accused China of hacking into Canadian government computers. Canada also recently arrested a Chinese immigrant suspect of masterminding a digital espionage operation to steal fighter jet secrets.

Until Friday, the lengthiest statement from China on the couple's detention came from a spokesman at the Chinese embassy in Ottawa, who said the Garratts were "engaging in activities that endanger China's national security."

"Various rights of the couple have been fully guaranteed. We believe there is no need to over interpret this case," the spokesman said on Aug. 5.

In Mr. Luo's article, he recites trade figures – with two-way trade hitting $55-billion (U.S.) last year – and a bilateral exchange of students that has now hit 100,000 per year. Such statistics are common in speeches and other statements by Chinese dignitaries in Canada.

"It is unprecedented that China and Canada have closer exchanges than ever before," Mr. Luo wrote.

"China and Canada as Asia-Pacific nations have great potential" and "should focus on practical co-operation" to keep "China-Canada relations on the right track." 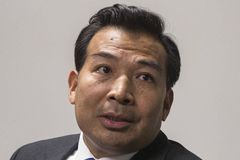 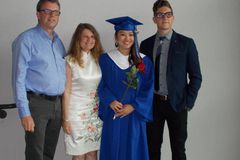 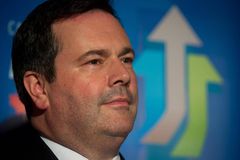 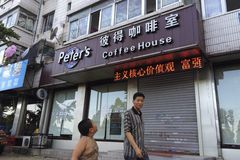 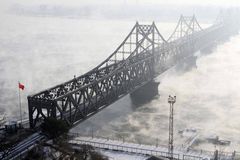