The list of banned topics in Chinese film runs 11 pages long. The censor's axe tends to fall swiftly on depictions of modern China sullied by prostitution, corruption, moral depravity, overweight police officers or anything else that might cast the country in a negative light.

So it came as a surprise to Chinese filmmakers and watchers when a trio of films depicting exactly those subjects received the country's blessing, and then went on to sweep some of the top awards at the prestigious Berlin International Film Festival last weekend. Chinese entries picked up three of the Berlinale's top prizes.

Their success points to a new opening for filmmakers to do work once considered impossible to bring to mass audiences in Communist China.

"We're looking at something a little bit different" from the censors, said Shanghai-based filmmaker Richard Trombly. "It might mark at least a relaxing of the control."

Shelly Kraicer, a Taipei-based film critic and researcher, added: "It's surprising, and shows the censors in fact are being more flexible."

In Berlin, the Golden Bear for top film and Silver Bear for best actor went to Black Coal, Thin Ice, a gritty police murder drama. Blind Massage, a sex-heavy look into relationship drama at a Chinese massage institute, picked up a Silver Bear for outstanding artistic contribution for cinematography. Another film, No Man's Land, received critical acclaim but no awards.

The change is obvious in Blind Massage, which depicts a carnal world far from the glossy contours of the big-budget historical epics and kung fu films that tend to make it to Chinese cinema screens. Its director, Lou Ye, had made two banned movies before being barred in 2006 from making movies for five years.

But not only did Blind Massage get made, it received a kind of domestic acclaim, as the state-run press waited with excitement to see if it might get an award in Berlin. When the awards were announced, Xinhua, the Chinese news agency, applauded. "After a very long wait, Chinese films have finally burst forth magnificently again in the world's film festivals," it reported.

These changes come against a backdrop of soaring commercial success for the Chinese film industry, which last year brought in $3.9-billion in box office receipts, while adding nearly 5,100 screens – the equivalent of nearly 14 a day. In 2012, China became the world's number-two film market, and if it continues on its current course, it will surpass the United States by 2020.

Still, the loosening for Chinese film extends only so far. Ghosts remain forbidden in movies, a throwback to Mao Zedong's hatred for superstition, and anything critical of China's political leadership will never be seen on a domestic movie screen. Forums for independent film have vanished, with regional film festivals in Yunan and Nanjing shut down in recent years. A Touch of Sin, the violent and controversial Jia Zhangke movie, was supposed to be released in China in November; it has yet to materialize.

Two other Chinese films that also went to Berlin – Shadow Days, the story of an abused woman that includes forced abortion and murder, and The Night, a movie about gay prostitution – will only be seen by audiences outside China.

"They weren't submitted to censorship because the directors know there's no point," said Mr. Kraicer, who also does programming work for the Vancouver Film Festival. "And Chinese media is not talking about those two. So they just don't exist" for Chinese viewers.

Perhaps more importantly, the scramble to cash in hasn't encouraged many to try to push boundaries with censors. "Filmmakers don't care about film festivals any more. It's all about marketing," said Chen Daming, a Beijing-based actor and director. In fact, festival movies can be toxic: Develop a reputation as an art-house filmmaker, and financing can vanish, particularly considering that many of those financing movies in China today have no incentive to fund anything that's not safe.

Some of those financiers have backgrounds in "real estate or coal mining," added Mr. Chen. "They want to get involved in the film industry because it's the only industry that is expanding rapidly."

Yet movies like Black Coal, Thin Ice, which opens in China in a month, offer some hope that there's profit to be made in straddling the line between pushing boundaries and maintaining commercial appeal. The movie was not free of censorship: Its backers, looking for box office receipts, worked with Chinese authorities along the way and made changes to accommodate. But, its backers argue, they still came out with a film good enough for a Golden Bear.

The censors "expressed some concerns about aspects of the characters," said Daniel Victor, president of Boneyard Entertainment, who made the movie through a partnership with a Chinese company.

"Those concerns were addressed to the satisfaction of SARFT" – the censor. "And clearly it didn't hurt the movie."

Canadian movies set to make their mark at the Berlin film festival
February 4, 2014 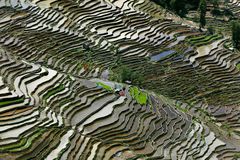 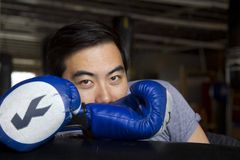