In May of 2013, Jia Jinglong had nearly finalized preparations for his wedding. He wanted to hold it at his family's home, a spacious and bright place where he had hung the ceremony decorations and prepared a place to live with his bride.

Mr. Jia's village had different plans. It had slated his home for demolition to make way for new development, and wanted Mr. Jia gone. Eighteen days before the wedding, a wrecking crew came to the house and started to tear it down while Mr. Jia was still inside. He leaped out from a second-storey window and thugs beat him, leaving him homeless and injured. His fiancée left him.

In the battle between poor homeowner and China's mighty development machine, another man had lost, a story repeated countless times over the past few decades.

Related: Extradition treaty with China would be an affront to human rights

But Mr. Jia fought back – and now, facing the death penalty for the murderous retribution he exacted, he has become a symbol of the injustices faced by China's lower classes, at home and in the country's courts.

Two years after his home was demolished, Mr. Jia used a nail gun to kill the local village chief, whom he blamed for ordering the forcible demolition. A Chinese court found Mr. Jia guilty of murder, and sentenced him to death. Last Tuesday, the Supreme People's Court approved the ruling, concluding a process that is conducted in secret and cannot be appealed.

Mr. Jia, however, has not silently vanished. Instead, his family and lawyers have made him the subject of a furious and unusually open fight against capital punishment.

As the clock ticked toward Mr. Jia's expected death, some of China's most prominent legal advocates called for authorities to show mercy and spare the life of a man who has become, in the span of a few short days, the newest symbol of the country's judicial shortcomings.

The situation has come to "a critical juncture of life or death, and though things look desperate, [I am] still here calling for the Supreme Court to make an exception," wrote Xu Xin, a law professor at the Beijing Institute of Technology, on his public WeChat social media account Monday.

Before killing the village chief, Mr. Jia had prepared a social-media message saying he would exact payback and then surrender. He never sent it, but he did travel in the direction of a police station after the killing. His willingness to admit guilt, and the fact he appears to have been wronged by a village chief behind the legally questionable demolition of his home, should have been mitigating factors, his defenders say.

Their appeal for leniency has only a slim chance of success. Mr. Jia killed a Chinese authority, a serious offence, and the decision of the Supreme People's Court is final. "The facts are clear, and the evidence sufficient," a lower court wrote.

But his family had not yet been notified of his death by Monday evening, lawyer Liu Hong said in an interview. Instead, Supreme Court judges "spent a long time talking with his sister, Jia Jingyuan, today," Ms. Liu said. "That's a good sign." It's not yet clear whether the Supreme Court has issued an execution enforcement order, which would begin a seven-day countdown for Mr. Jia to die, likely through lethal injection.

Even if he is executed, Mr. Jia's story may resonate beyond the grave, as he becomes the latest figure to galvanize public opinion against a justice system often seen as unjust.

In China, "everyone can see themselves as Jia Jinglong," a man driven to desperation against an unyielding state, said Michelle Miao, an assistant law professor at The Chinese University of Hong Kong who is an expert on the death penalty in China.

By opening a window into the capital-punishment system, Mr. Jia has also provided "an opportunity for the public to finally see what is happening within the courtrooms," Prof. Miao said. "Only these high-profile cases can shine some light into the actual implementation of the machinery of justice in China."

And those angered by his case don't like what they see. "Corrupt officials who have done so much damage to society were not killed, so why him?" asked one person on Chinese social media, where Mr. Jia's story was widely shared, after it was also reported by state media.

China is believed to execute more people than all other countries combined, but the country does not publish statistics. Human-rights advocates have long raised China's death penalty as a black mark on its judicial system, with procedures that violate international norms.

"The Chinese government continues to give the public the impression that the death penalty is only strictly applied in a limited amount of horrific cases – such as in the recent spate of cases in which people have killed hospital staff," said William Nee, China researcher for Amnesty International. Cases such as Mr. Jia's challenge that line, suggesting China uses execution as a deterrence tool to maintain social order.

When people find out, they are often unhappy, Mr. Nee said. "They think there are better ways to tackle the underlying social conflicts," he said.

Chinese legal officials have pledged to limit executions, officially declaring policies such as "when there is the choice to kill or not to kill, always choose not to kill." But courts have tended to show greater restraint in cases of wealthy and powerful officials.

The result has been that "death penalties have mostly been carried out against ordinary people on the bottom rung of society," said Si Weijiang, a lawyer who has helped with Mr. Jia's case. "The public can see a sharp contrast," he added.

The reliance by Chinese courts on evidence supplied by police who rush to achieve results, sometimes using torture, has created further problems. It is only in the past few years that such issues have seized public attention, after a series of high-profile wrongful conviction cases.

Chinese state media have celebrated them as the country's leaders argue that courts are improving.

In September, the Chinese government released a white paper that claimed "new progress has been made in human rights protection in the field of justice."

It said courts respect the presumption of innocence, and acquitted 3,369 defendants between 2012 and 2015. That pales next to the 1.2 million people found guilty last year alone, for a conviction rate of 99.92 per cent.

Legal experts say China's claims of strengthened legal protections have brought only modest change in court, where suspects are still commonly treated as if they are presumed guilty.

In Mr. Jia's case, his father had signed paperwork allowing the village to demolish the home. But he signed only after officials threatened to cut off retirement benefits for him and other relatives if he refused, the family testified in court.

Ms. Liu, the lawyer, acknowledged "it's not so likely" the court will reverse its decision. But, she said, Mr. Jia's case has underscored broader problems.

"There is too little transparency with execution procedures," she said. "And very few guarantees of the defendant's rights."

Extradition talks with China could take years, Canadian diplomat says
April 3, 2017
Canada, China to discuss accord on cybersecurity
May 16, 2018 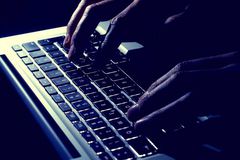 China believed to have released Tiananmen’s last known prisoner
April 6, 2017
Follow Nathan VanderKlippe on Twitter @nvanderklippe
Report an error Editorial code of conduct
Due to technical reasons, we have temporarily removed commenting from our articles. We hope to have this fixed soon. Thank you for your patience. If you are looking to give feedback on our new site, please send it along to feedback@globeandmail.com. If you want to write a letter to the editor, please forward to letters@globeandmail.com.
Comments