A state visit by Chinese President Xi Jinping to France concluded in a farcical note this week after the French Trade Minister was overheard complaining that the visitors were served "disgusting" food during a dinner at the Élysée Palace.

The three-day visit, which was punctuated with the signing of trade deals worth €18-billion, was an opportunity for the French authorities to make grandiose gestures. Car traffic was diverted and subway stations were closed in Paris. The Chinese delegation was treated to a concert at the opera house of the Château de Versailles. The motorcades were accompanied by sword-wielding Republican Guard cavalry.

With 80 per cent of French exports to China consisting of meat, dairy and spirits, the quality of French food was also on the agenda. Mr. Xi was invited to a state dinner on Wednesday evening at the Palais de l'Élysée, the residence of President François Hollande.

In a video produced by the Élysée, resident chef Guillaume Gomez spoke of the need to highlight his nation's cooking. "We try to do our best …we are representing French cuisine," Mr. Gomez said.

Standing outside the Hôtel Matignon, the official residence of Prime Minister Jean-Marc Ayrault, Ms. Bricq watched the departure of the limousine carrying Mr. Xi and his wife, Peng Liyuan.

Turning to Mr. Ayrault and his wife, Brigitte Terrien, Ms. Bricq was caught by television whispering that the food at the Élysée state dinner didn't compare with the lunch the Chinese President was offered at Matignon.

According to Le Figaro, the Élysée menu included an appetizer of truffled foie gras, roasted poultry from the Landes region with mushrooms, various cheese and a chocolate and caramel dessert, which were served with champagne, a 1999 Château Lafite and Château d'Yquem sauternes.

On social media, Ms. Bricq , a lawyer and Socialist senator, was mocked as a snob.

"How can one claim to be a leftist while being so demanding and contemptuous," wrote lawyer Arno Klarsfeld, a supporter of Mr. Hollande's predecessor, Nicolas Sarkozy.

L'affaire Bricq was serious enough that there was an emergency meeting between Mr. Hollande's chief of staff and Mr. Gomez, according to BFMTV political reporter Adrien Gindre.

He said the minister called to apologize but was rebuked by the chef, who reportedly objected to Ms. Bricq's attempt to portray her words as private remarks.

On his Facebook page, where hundreds wrote of their outrage at Ms. Bricq's behaviour, Mr. Gomez thanked all his sympathizers for their messages of support.

"With the brigade, we will continue to do our work, with the same passion and devotion," he wrote Friday.

It wasn't the only diplomatic headache for the French government this week.

The same day Mr. Xi was being wined and dined by Mr. Hollande, the Moroccan Foreign Affairs Minister, Salaheddine Mezouar, was the victim of overzealous security screeners while he was in transit at Paris' Roissy-Charles-de-Gaulle airport.

Despite showing his diplomatic passport, Mr. Mezouar had to remove his shoes, belt and jacket and his luggage were also searched, according to the French media.

French Foreign Affairs Minister Laurent Fabius "called his Moroccan counterpart to convey the apologies of the French authorities," a spokesman at the Quai D'Orsay said Friday. Forget Paris. This is the French city you should visit this year
April 16, 2013 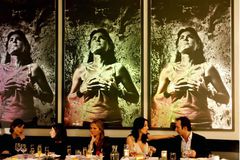 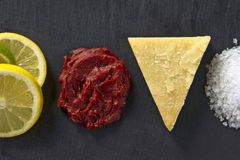