A Chinese satellite has spotted a large object near the area where searchers have been looking for wreckage of a missing Malaysian Airlines jetliner.

The object, 22.5 metres long and 13 metres wide, was first reported by acting Malaysian transport minister Hishammuddin Hussein during a regular press update Saturday. A note passed to the minister — and subsequently circulated on social media by way of a television screen capture — noted that a ship will be sent "to verify."

That was at just after 6 a.m. EST Saturday. Mr. Hussein initially said the object was 22.5 metres long and 30 metres wide, a number subsequently corrected by Chinese media. News of the newly-spotted object comes late in the afternoon at the search area, meaning it may yet take some time for further verification.

The object was photographed by a Chinese satellite March 18 at noon, roughly two days after a pair of large objects was spotted by a privately-owned U.S. satellite in the south Indian Ocean. China's State Administration of Science, Technology and Industry for National Defence said the object it saw was located about 120 kilometres southwest of the previous sighting.

That initial satellite image sparked a major search, with numerous aircraft and ships heading to an area some 2,500 kilometres southwest of Australia. None of those efforts has since found anything.

Although Australia's prime minister said on Sunday there was "increasing hope" of a breakthrough in the hunt for the missing Malaysian airliner.

An international force resumed its search efforts on Sunday, zeroing in on two areas some 2,500 km (1,500 miles) southwest of Perth in an effort to find the object identified by China and other small debris including a wooden pallet spotted by a search plane on Saturday.

"New Chinese satellite imagery does seem to suggest at least one large object down there, consistent with the object that earlier satellite imagery discovered," Australian Prime Minister Tony Abbott told reporters in Papua New Guinea, where he is on a visit.

"Obviously we have now had a number of very credible leads and there is increasing hope, no more than hope, that we might be on the road to discovering what did happen."

Mr. Hussein on Saturday offered his sympathies to families of those on flight 370, which has now been missing for two weeks. Very little firm information has emerged in that time.

"We know that this roller-coaster has been incredibly hard for everyone, especially the families," Mr. Hussein said.

On Friday, Australian authorities warned that the efforts may prove fruitless. "Something that was floating on the sea that long ago may no longer be floating," said Australian deputy prime minister Warren Truss.

Currents in that part of the ocean could move debris as much as 150 kilometres every five days, said Matthew England, an oceanographer with the ARC Centre of Excellence for Climate System Science at the University of New South Wales.

Still, a half-dozen merchant ships have also been asked to look for wreckage, and China has directed four warships and an icebreaker to the south Indian Ocean for the search. Two-thirds of those aboard the plane were Chinese nationals, and Beijing has occupied an important role in the search for the plane.

At the same time, a transcript of the radio communications from the airplane reveal nothing obviously untoward. The transcript, published by The Telegraph newspaper, did include one repeated location transmission which could be seen as "potentially odd." Malaysian authorities also confirmed that the plane's cargo included lithium ion batteries, which are deemed dangerous cargo and can pose a fire hazard.

But as the search for the plane concluded its second week with few traces of solid information, distraught families found less and less to cling to. In Beijing on Friday, hundreds of relatives came to a local hotel for a four-hour technical briefing from a special Malaysian delegation. Military and political officials, including a special envoy from the Malaysian prime minister, described in detail the search effort. But they offered little that has not already been broadly reported, leaving the increasingly restive group disappointed.

"There's nothing new," one man said afterward, declining to provide his name. "Every day, we are just waiting and waiting."

Now, that wait is being increasingly punctuated by visits with lawyers, as big American law firms position themselves for potentially lucrative lawsuits. Slipping through the thicket of reporters at Beijing's Lido Hotel Friday were representatives of at least two legal teams, for whom Flight 370 represents a major opportunity.

"This is the biggest since, I think, 2001," said Deon Botha, global insurance claims manager for Chicago-based Ribbeck Law Chartered, which calls itself the biggest in the world in litigating air disasters. On Nov. 12, 2001, the crash of American Airlines Flight 587 into Queens, N.Y., killed 260. Flight 370 had 239 people on board.

In the week since he has arrived in Beijing from Johannesburg, Mr. Botha has spoken with roughly half the families of Chinese people aboard the Boeing 777.

The lawyers' first bit of advice: Don't sign anything offered by lawyers for Malaysia Airlines and its lead insurer, Allianz. Airlines might offer $60,000 to $100,000 (U.S.) per person. Lawyers would sue for several million, Mr. Botha said.

The second bit of advice: If there's any chance to make a legal connection to the U.S. file suit there. With Flight 370, that link might be provided by Chicago-headquartered Boeing, which made the vanished aircraft. "You can try to sue the case in Asia, but we all know Americans courts are more generous and supportive to the victims," said Keke Feng, a lawyer with Motley Rice LLC, a firm based in Charleston, S.C. She flew to Beijing days after the Malaysia Airlines flight went dark.

For the lawyers, recovery of the "black box" flight voice and data recorders is particularly important, since the information contained there can be crucial to finding out what wrong – and, therefore, assigning blame.

But some of the crucial information may already been deleted, since cockpit voice recorders typically keep only the most recent two hours of a flight, and Flight 370 is believed to have continued flying for as much as seven hours after diverting course. In addition, a battery-powered locator "ping" used to help searchers find a submerged black box is designed to last for 30 days; half that time has now elapsed.

For the lawyers, another time matter is also a concern. U.S. law prevents lawyers from any "unsolicited communication concerning a potential action for personal injury or wrongful death" within 45 days of an aviation accident.

But the fines are low – $1,000 per violation – and lawyers have in the past flouted it. The crash of Colgan Air Flight 3407 in Buffalo, N.Y., for example, resulted in two attorneys each paying $5,000 to settle allegations they broke the rule.

But Mr. Botha points out that the 45-day rule is "overrun" if families request to speak with lawyers, "and we've been contacted locally," he said.

Lawyers advise distraught families as search presses on for traces of Flight 370
May 12, 2018 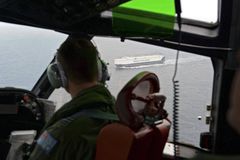 Onset of winter could complicate remote search for missing aircraft
May 12, 2018 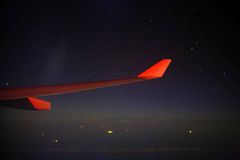 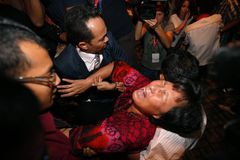 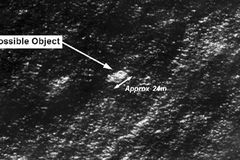