Christopher Hitchens was a public intellectual for the YouTube age.

When he began his American journalism career in the early 1980s at the left-wing magazine The Nation, the job of a reporter was relatively simple: Find the facts, shape them into an argument, and write like hell. By the end, he was a one-man content-producing machine whose career trajectory neatly mirrored the transformation of media into a multi-platform, shareable, sound-bite-hungry monster, in which a smartly cutting comment can travel around the world in seconds.

He also comfortably bridged two eras of public debate that were similar if separated by a century: fusing the tradition of highly opinionated prewar journalism to the modern era, in which media outlets strive to distinguish themselves through their points of view rather than original reporting.

If authenticity is the currency of the new age, Mr. Hitchens took that impulse to an extreme, putting himself on display in the last 18 months of his life, almost inviting the public to watch cancer take its toll. Combined with his penultimate act – a 2007 book denying the existence of God and excoriating religionists, which became a bestseller – it was a performance that, if not calculated to appeal to our angry times, had the benefit of being well-timed.

His last story wasn't the only one on which he blurred lines between the personal and the political. His declaration of support for the 2003 U.S. invasion of Iraq fuelled intense debate; it also prompted a bitter divorce from both his colleagues at The Nation magazine and the left wing at large.

And if the tribe of journalists and pundits who are filling their Twitter and Facebook feeds and their own newspapers with appreciations of Mr. Hitchens is honest, they might have to admit there was some envy at play. For he had the free spirit of a rock star, embodied by the four-finger whiskies served neat and the womanizing and the war stories and the celebrity friends and the feature spreads in Vanity Fair magazine – to which many of his colleagues aspire.

There was much to envy. Mr. Hitchens was a popular guest on the TV outlets that grew up over the past decade to satisfy a public that wants to engage the issues of the day in a fast-moving format: debate shows anchored by stand-up comics such as Bill Maher and Jon Stewart, and raucous slugfests on cable news channels.

On Friday, Graydon Carter, the editor of Vanity Fair, said that with Mr. Hitchens, what you saw was what you got.

"I remember one night, we were at '21' having dinner with a friend, and at the '21' Club you had to wear a tie in those days, so they gave him a tie for the evening, and I was watching TV a couple of weeks later and I saw him on Crossfire with the same tie. And for weeks then afterward I'd see him on TV with this '21' Club tie," Mr. Carter said. "Clothes were not a big part of his interest."

As even those shows began to prove too long for impatient TV viewers who were simultaneously tapping away on their smartphones and laptops, the video clips they spawned helped Mr. Hitchens attain an even greater popularity. And his books could be pitched to television producers in irresistibly pithy summaries – Mother Teresa is a fraud ( The Missionary Position); Henry Kissinger is a war criminal ( The Trial of Henry Kissinger); religion is a force for evil ( God Is Not Great) – that made for great TV.

Still, he could just as easily fill an hour of intense, old-school conversation with hosts like PBS's Charlie Rose.

"He was very much not a man of this time, certainly a person who could have fit in very well during the 50s and 60s. He could have been on the debates with [Gore]Vidal and [William F.]Buckley. He was also very much a 19th-century character, you could see a man like him in a swallow tail-coat," Mr. Carter said.

In the spring of 2003, he served as the keynote speaker of a conference on George Orwell. The previous fall, he'd split with The Nation over Iraq, ending an association of more than 20 years. A number of his old friends showed up to the conference to confront him, including New York University professor Todd Gitlin, who complained Mr. Hitchens had willfully mischaracterized the left to make his arguments appear stronger.

Mr. Hitchens swatted away the attacks. "Excuse me, talk to me," Mr. Gitlin said. "Talk to me." Jabbing a cigarette between his lips before realizing he wasn't permitted to smoke, Mr. Hitchens sneered. "No," he barked. "For your information, I'll talk to the audience." 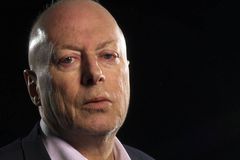 new
Christopher Hitchens's secret: 'You must promise not to tell,' he asks Globe writer
May 8, 2018 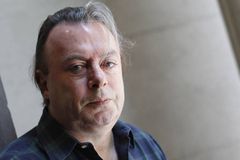 Christopher Hitchens: An American citizen, and English to the core
May 8, 2018

Christopher Hitchens was a hater of humbug, and if he found it, he went after it
May 8, 2018 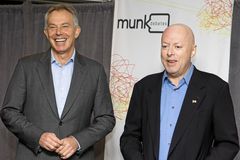 Christopher Hitchens used language with such brio you could forgive what he said
May 8, 2018 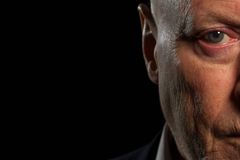 Christopher Hitchens needed a sparring partner for his surfeit of ideas
May 8, 2018 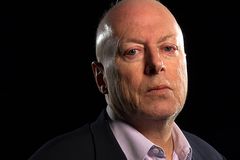 Christopher Hitchens 'was a gift from…God' and other famous impressions
May 8, 2018 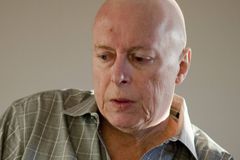