The International Committee of the Red Cross now says the ongoing violence in Syria is a civil war, a designation that opens President Bashar al-Assad and his opponents to potential war crimes charges and underscores the deteriorating conditions in a country at the heart of the tinderbox Middle East.

The statement on Sunday came as fierce fighting broke out in Damascus and United Nations officials began a new round of diplomacy aimed at Mr. al-Assad's powerful allies, Russia and China.

On Monday, United Nations special envoy Kofi Annan is to meet in Moscow with Russian President Vladimir Putin and Foreign Minister Sergei Lavrov to try and win backing for his tattered Syria peace plan. UN Secretary General Ban Ki-moon will this week travel to China, which has also opposed proposals for the Syrian leader to step aside.

But with the current United Nations observer mission in the region set to expire on Friday, many experts warn that neither diplomacy nor the threat of war-crimes prosecution is likely to end the spiralling violence .

"Most of the scenarios are really frightening and just lead to more brutality by the regime and more of a counterattack by the opposition," said Mohamad Bazzi, an adjunct senior fellow at the Council on Foreign Relations, a think tank based in New York City. "The regime still hasn't been weakened to the degree where they can be overrun."

On Sunday, a spokesperson for the ICRC said the 16-month uprising, which has left an estimated 16,000 Syrians dead, has is now a "non-international armed conflict," the technical term for civil war.

The Geneva-based agency had previously classed the violence in Syria as localized civil wars in three areas: Homs, Hama and Idlib. "Not every place is affected, but it is not only limited to those three areas; it has spread to several other areas," ICRC spokesperson Hicham Hassan told reporters in Geneva.

The distinction means both sides of the conflict are now bound by international humanitarian law, which bars indiscriminate attacks on civilians, abuse or killing of detainees, attacks on medical personnel or the destruction of basic services like water or electricity.

"What matters is that international humanitarian law applies wherever hostilities between government forces and opposition groups are taking place across the country," Mr. Hassan said.

The ICRC designation came as unprecedented violence flared in the capital and Mr. al-Assad's government denied accusations of a massacre in the small farming town of Tremseh.

But with both sides of the armed conflict seemingly escalating their efforts, the fact that the ICRC has classified the Syrian conflict as a civil war will have little impact on the ground, said Mr. Bazzi, and will only pave the way for future war crimes charges.

"The regime already opened themselves up to that months ago, and they've been rather disdainful of any kind of international accountability for what they've done," he said. "On the whole, the observer mission has not been particularly successful. It's something for the UN to focus on but it's sort of a sideshow."

Russia has repeatedly blocked resolutions calling for foreign intervention in Syria, and has indicated that it will block any new resolution that includes international sanctions against Syria or calls for Mr. al-Assad to step aside.

A UN diplomat, speaking on the condition of anonymity, told the Agence France-Presse on Sunday that "the problem here is Russia."

Houchang Hassan-Yari, an expert in the Middle East at Canada's Royal Military College, agreed, saying Mr. Putin must back away from the Assad regime before any international action can be exercised.

"The international community is paralyzed because of differences with Russia and China," said Mr. Hassan-Yari. "Something really drastic is needed to stop this madness, in the sense that the Russians must make it absolutely clear to the Assad regime that it can not continue."

"Clearly the Russians will protect Assad in the UN Security Council, so we really need to decide if we are prepared to take action – or prepared to stand idly by and see thousands more slaughtered," he said, in an e-mail. "That would be shameful. We should be supporting the opposition, with weapons, ammunition, training, and intelligence – now."

The ICRC is not the first international body to issue a pronouncement of civil war as the body count across Syria continues to mount. The head of the UN observer forces, Herve Ladsous, made a similar statement in June, and even Mr. al-Assad has publicly acknowledged that Syria is embroiled in a war.

But his government has denied many accusations of brutality levelled against it, including massacres of civilians and the use of heavy artillery against civilian targets.

Getting information about what is happening on the ground in Syria is difficult, and conflicting reports emerged about clashes in Tremseh over the weekend. According to news reports, residents said that close to 150 people were killed in about seven hours of government shelling, followed by a ground assault. They claimed the town, about 25 kilometres northwest of the city o f Hama, was targeted because of its opposition to the regime.

Syrian foreign ministry spokesman, Jihad Makdissi, denied civilians were targeted, stating that 37 people had been killed in an attack that concentrated on five homes. He alleged that most of those killed were rebels, whom he classed as "terrorists."

"This was not a massacre," Mr. Makdissi told a press conference in Damascus. "It was a military operation. Helicopters were involved in surveillance only."

On Sunday, there were also heavy clashes between rebels and regular troops in Damascus, described as the "most intense" fighting in the capital since the start of the anti-regime revolt.

With reports from Guardian News Service and Agence France-Presse 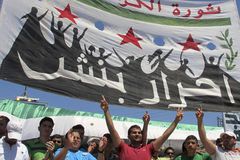 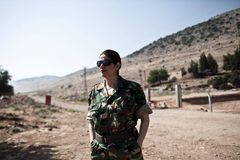 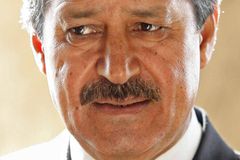 Jordan MP investigated for pulling gun during TV talk show debate
July 9, 2012
Follow Siri Agrell on Twitter @SiriAgrell
Report an error Editorial code of conduct
Due to technical reasons, we have temporarily removed commenting from our articles. We hope to have this fixed soon. Thank you for your patience. If you are looking to give feedback on our new site, please send it along to feedback@globeandmail.com. If you want to write a letter to the editor, please forward to letters@globeandmail.com.
Comments