There is more to civility than simply saying hi to your neighbour or declining to discuss religion at a dinner party. In the grand scheme of things, McGill University scholar John A. Hall explains, civility is the glue that holds society together.

A historical sociologist, Prof. Hall argues in his new book, The Importance of Being Civil: The Struggle for Political Decency, that civility goes well beyond good manners; it can save lives.

In a conversation held just after his return this week from Turkey, currently the scene of much civil discord, he describes what makes civility so vital – and why governments ignore it at their peril.

What is civility on a grand scale?

Civility is that moment when two groups who have been fighting for a very long time reach a stalemate, so they decide to agree to stop trying to kill each other and live with each other. To allow a certain measurement of disagreement. More than anything, it's the idea of toleration.

What role can government play?

It's totally important for government to behave in a civil way. If the state is very harsh to a society, it breeds a reaction. And it was very noticeable in Turkey, and the sudden move on the part of [Prime Minister Recep Tayyip] Erdogan to water-cannon and tear-gas protesters produced a very, very strong reaction.

Talking is crucial because, if you talk, you make people more reasonable. Civility on the part of government is absolutely vital. It's always dangerous if states think they can ignore the people because, if ignored, the people could turn against [the state] in a striking way.

How does a government encourage civility?

Normal politics. Not excluding people. Civil rights. Listening to people. Rule of law. Those things make a society work more easily than trying to be very tough and harsh, which produces harsh reactions. The rule is that, if you're authoritarian and people can't talk to you, you'll get a reaction from a group that is also tough and vicious. Viciousness breeds viciousness. Decent behaviour breeds decent behaviour.

Is civility, then, at the heart of democracy?

Not necessarily. Democracy, in theory, could be the rule of 50 plus one. In those circumstances, 50 plus one could be very vicious to the 49 per cent. And that 49 per cent could start fighting back in a serious way. An example of this is, say, Northern Ireland. Protestants in control were very harsh. They controlled the state, they controlled the police force, so eventually this bred a reaction that was very tough indeed. They had 20-odd years of killing and mayhem and horror. At the end of it all, a perfect example of my thesis: Neither side could really win. They moved toward a stalemate, where they decided to live with each other. At that moment, it felt like a sour-grapes sort of deal, but what happens in that political situation is that sour grapes become something people hopefully like and prefer.

Why is civility so fragile?

It rests upon toleration. Every now and again, you get groups who think that they can order a world that is clearer and better. That is threatened by rising inequality, I think. An element of civil society is the possibility to participate in society and, inside Anglo-Saxon societies, rising inequality is stunning.

Why is rising income inequality a threat to civility?

Because it's horrible; you're left out. [Philosopher and economist] Adam Smith was an important precursor of the idea of civility. He was always very firmly in favour of the view that the success of capitalist societies depends on the ability to barter and exchange – to be in society, to participate. The richness of society depends on high measures of human capital.

I think the Occupy Movement is longing to find a way to reduce inequality. I don't think it's been very successful, but the desire to produce a more egalitarian capitalist world seems to me to be admirable.

When people talk about civil society, they also imagine a movement from below is going to be a good thing, and will increase the value, strength and depth of the civil society. That's not the case. There are movements from below sometimes that are deeply uncivil in their aims and practices. Civility is something that is more complicated, more sophisticated, more fragile. It's not perfect, in the sense that it doesn't have a single moral code that everyone is going to obey. It regards life as slightly ridiculous. It doesn't warm your blood. But it's the best we've got.

Speaking of warm-blooded, do you consider the House of Commons especially civil these days?

I don't really know. I don't have the historical perspective to know whether it was in the past. So I'm going to pass on that. 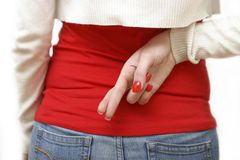