More than 120 heads of state are gathering in New York this week as the United Nations begins a high-stakes summit on climate change.

Here's what you need to know: 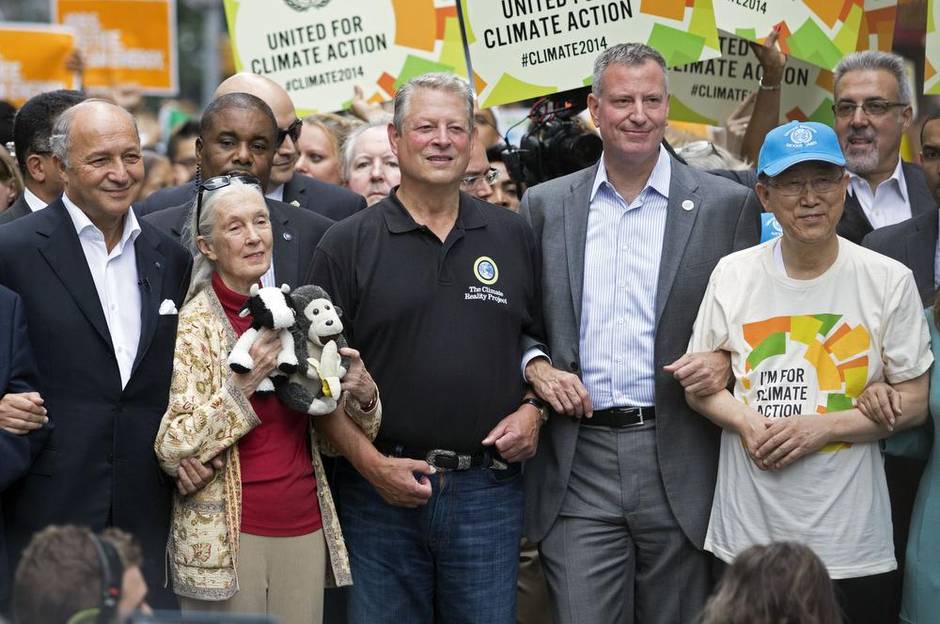 Challenged by UN Secretary-General Ban Ki-Moon to set a new course for a warming globe and reverse the rise of heat-trapping gases, world leader after world leader made promises of billions of dollars and better care of planet Earth.

“Today we must set the world on a new course,” Ban said in opening remarks at the one-day summit, designed to lay the groundwork for a new global treaty to tackle climate change in December, 2015. “Climate change is the defining issue of our age. It is defining our present. Our response will define our future.”

And world leaders took over with the first of many of the non-binding pledges, promising by mid-morning a total of at least $5-billion to help the world become more sustainable. That often includes turning away from the burning of coal, oil and gas and away from the destruction of the world’s carbon-absorbing forests.

U.S. President Barack Obama said the United States will meet its goal to cut carbon pollution 17 per cent by 2020, compared with 2005 levels, but no nation gets a free pass. Alarm bells keep ringing and citizens keep marching, he said, and now it’s time for the world to answer the call.

Expectations at the summit have been tempered by the absence of China and India, two of the world’s biggest emitters of greenhouse gas emissions.

Canada has been criticized as well, in light of Prime Minister Stephen Harper's decision to give the summit a miss. 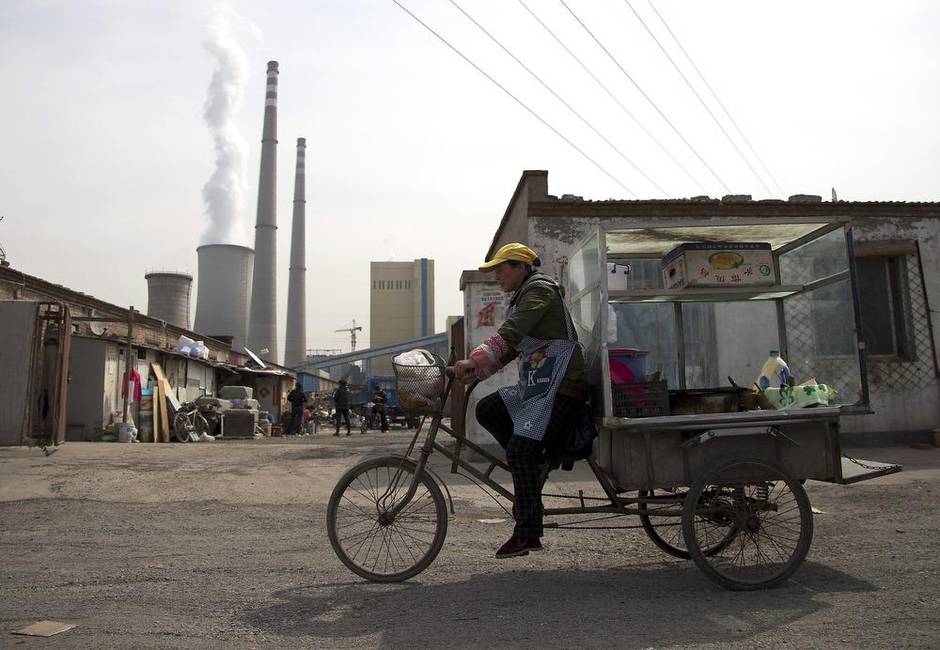 A vendor rides his tricycle near a coal-fired power plant in Beijing on Friday, April 12, 2013. China, the world's largest producer of carbon dioxide, is directly feeling the man-made heat of global warming, scientists conclude in the first study to link the burning of fossil fuels to one country's rise in its daily temperature spikes. Andy Wong/AP

Global warming and climate change have been called the greatest threats facing the planet. Their impacts are most dramatic when viewed in global ecological terms, but in New York the spotlight will more likely be on the gulf between the developed world and industrializing nations.

Millions of metric tonnes of carbon dioxide, by source

China's economic growth and pursuit of industrialization is reflected in its runaway lead as the world's largest emitter of carbon dioxide. SOURCE: Globeal Carbon Atlas

The political complications have been particularly focused in efforts to curb and reduce carbon emissions. While the developed “First World” nations have traditionally been cited for the largest carbon footprint, the balance has been shifting to the nations of the developing world, whose carbon impacts have increased as they pursue industrial development, increased energy consumption, and other efforts to improve their standards of living.

Indian sadhus sit in a raised hut on the flooded banks of the Ganga river after water levels rose, in Allahabad in this August 8, 2014, file photo. Heavy rain in several areas of north India has caused rivers to reach the danger mark and flooding has occured in various places. Last month was the hottest August on record for global average temperatures over land and ocean surfaces, the US National Oceanic and Atmospheric Administration (NOAA) said on September 18, 2014. SANJAY KANOJIA/AFP/Getty Images

While the focus is on New York this week, it’s not the first time national governments, world leaders, activists and scientists have talked about collective action on climate change. The success of previous efforts can be gauged by the fallout from the Kyoto Protocol (1997) and the Copenhagen Climate Change Conference (2009), among others. A number of themes are evident in the background to this summit.

Last fall, the Intergovernmental Panel on Climate Change released a comprehensive paper on global warming. The main message was greater-than-ever scientific certainty about the causal connection between climate change and human activity, with climate researchers upgrading the link to “extremely likely,” from “very likely” in 2007.

The summit in New York will take place against the backdrop provided by a new report which says that global carbon-dioxide emissions are expected to hit a record high this year, and that efforts to limit the increase in average global temperatures may not be possible unless more than half the world’s known fossil-fuel reserves are left in the ground. Those efforts were brought into stark focus in July of this year, when global average temperatures reached a new record.

Evidence of climate change has built over decades. Slow but steady increases in mean temperatures, combined with more intense and more frequent extreme weather events, are just two of the indicators; British author George Monbiot has argued that major ecosystems could begin to collapse as soon as 2030, triggering a runaway process whereby climate change will continue to accelerate beyond the capacity of human efforts to control it. A United Nations report released in August warns that global warming may already be irreversible. 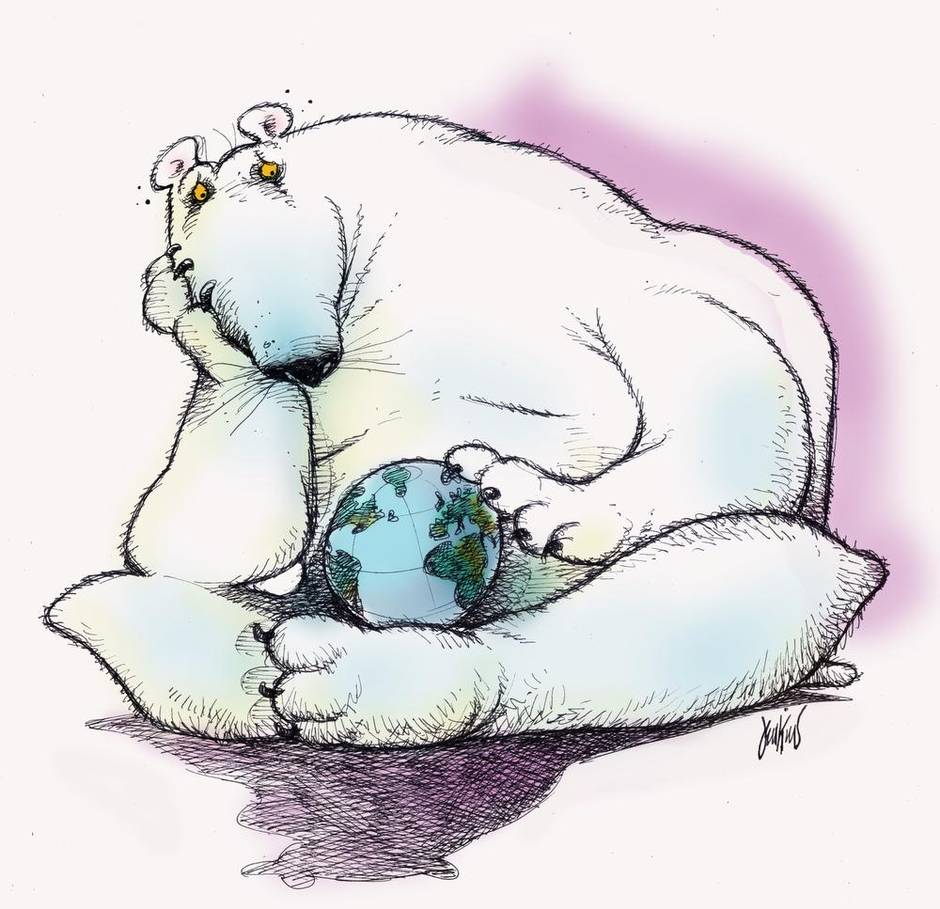 Anthony Jenkins / The Globe and Mail

WHAT THIS MEANS FOR CANADA

Canada’s environmental commitment has been under fire for several years, with leading researchers and observers questioning its commitment to implementing the Kyoto Protocol. The Harper government’s decision to withdraw entirely was singled out by David Suzuki as sending an “unfortunate message to the rest of the world that one of the top-ten global climate change polluters has pulled back from its efforts to reduce emissions.”

More recently, international measures have noted Canada’s poor record in addressing its greenhouse-gas emissions, with the Washington-based Center for Global Development ranking Canada dead last among the world’s 27 wealthiest countries. The results of Monday’s provincial election in New Brunswick are also expected to be influenced by the controversy over fracking.

Canada has been cited repeatedly for its inability or unwillingness to reduce its carbon dioxide emissions. For more than two decades, its output from fossil fuels, in particular oil and natural gas, has been trending upward. SOURCE: Globeal Carbon Atlas

Canada’s failure to take meaningful action on climate change has had repercussions in the domestic arena, and not just on the world stage. At the same time as the federal government prepared for an international climate conference in Warsaw last fall, an Environics poll in partnership with the Suzuki Foundation suggested that public confidence in government’s commitment to addressing climate change had nosedived.

Carbon release: related to the burning of fossil fuels and the generation of gases such as carbon dioxide and methane, both of which are implicated in atmospheric heat capture and thus in the rise in global mean temperatures.

Greenhouse gases/GHG: named for their role in the global “greenhouse effect.” In this regard, the warming of the planet’s atmosphere is analagous to the air inside a greenhouse, which maintains a constant warm temperature in which plants are protected from the cold. Carbon dioxide and methane are two of the most well-known greenhouse gases, primarily because of their association with the burning of fossil fuels, but the term can also apply to water vapour, nitrous oxide, and ozone.

Fossil fuels: primarily coal, natural gas, and oil and its derivatives. While these are traditionally prime sources of energy, their association with carbon release and the greenhouse effect is making them prime targets in efforts to rein in climate change.

Kyoto Protocol: Negotiated in Japan in 1997, the Kyoto Protocol was an agreement whereby industrialized nations committed to reducing their greenhouse-gas emissions. Since its implementation in 2005, many governments have been criticized for failing to adhere to its requirements. Canada formally announced its withdrawal in December, 2011.