Brazilian health authorities are rushing to try to control an outbreak of yellow fever, a viral relic of the colonial era. But the disease is back and killing people at a rate not seen for decades, and experts say it is being driven by some of the same factors that have fuelled the outbreak of Zika virus, a new threat that has wrought havoc in Brazil over the past two years.

Fifty-two people have died of yellow fever so far, in an outbreak that began with the onset of Southern Hemisphere summer in December, and another 80 deaths are being investigated as suspected yellow fever fatalities, according to the Ministry of Health. The Ministry says that a further 667 suspected cases of the disease are under analysis.

Public health officials have inoculated five million people in the central state of Minas Gerais, where almost all the cases have been concentrated, and ordered 11.5 million more doses of the vaccine for two more areas where a handful of cases have been confirmed, including Sao Paulo, the country's most populous state. A suspected yellow fever case has also been reported in Bahia, a coastal state that has not recorded the disease since 1985.

Most people who contract yellow fever have no symptoms; only about 10 per cent develop the fever, severe headache, nausea and vomiting. Of these, about half will die.

Yellow fever is still a major killer in Africa, where it originated, and it was once a scourge throughout the Americas after it was imported on slave ships. It decimated Napoleon's army in Haiti, nearly scuppered the construction of the Panama Canal, and took hundreds of thousands of lives before a vaccine was found in the late 1930s. Since then, deaths have dropped steadily; the disease typically flares up Brazil in seven-year cycles, but with fewer than 20 deaths.

This outbreak, however, is already much more lethal, and experts appear divided on whether it is now fully controlled.

Yellow fever is caused by a flavivirus (the same family as Zika and dengue fever) and is transmitted by mosquitoes of the Aedes and Haemogogus species. The mosquitoes feed on primates – human and otherwise – and the first sign that the disease was back in Brazil was the discovery of clusters of dead monkeys.

At present, epidemiologists say, Brazil has a "wild" outbreak: the virus was in a reservoir of monkeys that passed it on to mosquitoes that bit them, which then spread it to more monkeys, and then more mosquitoes. Biologists call this "amplifying" the virus. Monkeys are its primary host, but some of those infected mosquitoes bit people, who were working in or passing through the forest homes of the monkeys.

The top priority now is to stop the outbreak from becoming "urban," Brazil's Health Minister, Ricardo Barros, said recently, urging people to seek vaccinations. If the virus gets firmly established in urban areas in mosquito species that live primarily around humans, and can rapidly spread the virus between them (as Aedes aegypti does with Zika virus), it raises the possibility of a huge epidemic of the kind Brazil has not seen for nearly a century, he said.

The three deaths recorded in Sao Paulo so far were among people who were infected in Minas Gerais, the Health Minister said.

Today nearly all Brazilian children that live in areas where the disease is considered endemic get vaccinated – but the virus is now preying on older people who didn't get the shot as children, when health systems were weaker. Vaccine coverage rates in the areas of Minas Gerais affected are as low as 53 per cent, when they should have been over 90, said Pedro Vasconcelos, director of the Evandro Chagas Institute in Para and an expert on arboviruses including Zika and yellow fever.

"The outbreak in Minas is controlled due to the quick work on extensive vaccination [in recent weeks]," he said. "What I'm worried about are other states like Bahia, especially, that are outside the area where the virus is endemic, where vaccination is not recommended – so in these states the vaccine coverage is very low." If the virus is moving with people (or monkeys) into those areas, there could be a surge in new cases, he said.

Dr. Vasconcelos' studies of previous yellow fever outbreaks in Brazil have identified a "crucial" role for a spike in temperatures and rainfall in the affected areas.

Marcia Chame, a biologist who heads the Centre for Information on Wild Health in Rio at the Oswaldo Cruz Foundation, Brazil's premiere public health institute, said this yellow fever outbreak appears to be the result of a confluence of climate change and other ways humans are altering the environment.

"The biological world is dynamic and adapts to new conditions," she said. "And what we see today is that animals are losing their habitats and adapting to the new conditions that humans have subjected them to. Viruses do this, too, and species are re-emerging."

Deforestation rates are rising fast in Brazil, as land is cleared for agribusiness, one of the few healthy sectors in a weak economy. Only scattered fragments remain of the tropical Atlantic forest which once covered the country below the Amazonian rain forest. That leaves the monkey populations weaker, in smaller areas, and more likely to overlap with humans. The yellow fever outbreak in Minas Gerais is taking place in an area where the forest has been reduced to isolated patches, Dr. Chame explained.

At the same time, climate change is wreaking havoc on the monkeys: lengthy, hot dry periods reduce the food available. The rains, when they finally come, are intense: that means more mosquitoes. The higher temperatures prompt the mosquitoes to reproduce more quickly, and accelerate their metabolism: they bite more.

The changes in temperature and rain patterns have also been identified as important factors in Brazil's Zika outbreak, when a mutated strain of a once-mild virus raced through the country, infecting hundreds of thousands of people, and causing severe neurological defects in babies born to some women who caught the virus while pregnant.

Some combination of these factors (or something else as yet unidentified) may be causing this yellow fever outbreak to be worse than the one that typically hits Brazil in cycles of six or seven years (which is about how long it takes for a sufficient population of monkeys to re-establish after an outbreak kills many of them off). There has also been speculation about the role of the 2015 collapse of a tailings dam at the Samarco iron ore mine co-owned by BHP Billiton Ltd. and Vale SA, which was Brazil's worst-ever environmental disaster. The yellow fever outbreak area roughly covers the same one that was hit by a tide of silt and mud that displaced all manner of plants and animals from their usual habitats.

This outbreak has had a brutal impact on the non-human primates; at least two of the species that have been being found dead in large numbers are rare and found only in the Atlantic forest. Yellow fever can infect the muriqui, or wooly spider monkey, one of the world's most critically endangered monkey species. In a dark twist, efforts by Brazil's government to protect threatened species may have driven the outbreak, by boosting the concentration of some monkey species in the fragments of forest, making more hosts available for the virus.

While yellow fever has been controlled and limited to small outbreaks in South America, it remains endemic in West and Central Africa, and the World Health Organization estimates that between 30,000 and 60,000 people die of the disease on the continent each year.

Opinion
The world needs more Canada in the war on epidemics
January 19, 2017 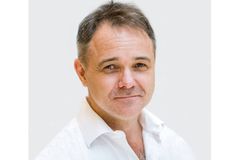