Ms. Clinton's speech in San Diego – at times mocking, often disparaging – coupled with Mr. Trump's caustic disparaging of the all-but-certain Democratic candidate as 'Corrupt Hillary' makes certain this year's presidential contest will be far more bitter, vicious, personal and mutually disrespectful than any race for the White House in decades.

"Donald Trump's ideas are not just different, they are dangerously incoherent," Ms. Clinton warned in a speech billed as a major foreign-policy address but which was, instead, mostly a calmly delivered but unrelenting attack on the bombastic billionaire. She dismissed Mr. Trump's vow to Make America Great Again by banning Muslims, building a wall along the Mexican border, punishing allies who fail to spend more on defence and waging trade wars as "a series of bizarre rants, personal feuds and outright lies."

Ms. Clinton, who served as President Barack Obama's secretary of state after he trounced her eight years ago when she first ran for president, lampooned Mr. Trump for resorting to name-calling and turning to Twitter to excoriate his opponents but she was similarly personal in her attacks.

"He says he has foreign policy experience because he ran the Miss Universe pageant in Russia," she said mockingly to hoots and applause from a supportive audience. "It's clear he doesn't have a clue," she said, warning that Mr. Trump's hair-trigger temper and thin skin could lead to nuclear war.

"He is not just unprepared, he is temperamentally unfit," Ms. Clinton said. "This is not someone who should ever have the nuclear codes."

Mr. Trump was denigrating the speech and Ms. Clinton even before she began speaking.

Soon after she finished, he tweeted: "Bad performance by Crooked Hillary Clinton!"

"She lies, she lies," Mr. Trump said. "She has no natural talent to be president."

Mr. Trump has been attacking Ms. Clinton for months. "Clinton has been involved in corruption for most of her professional life!" Mr. Trump tweeted in March. He has accused her of being an "enabler" in her husband's affairs and threatening the women involved. He rekindled old rumours about profits from land deals and that the Clintons were somehow involved in the untimely death of former White House aide Vincent Foster. "It's the one thing with her, whether it's Whitewater or whether it's Vince or whether it's Benghazi. It's always a mess with Hillary," Mr. Trump said.

Until Thursday, Ms. Clinton had – mostly – avoided questioning Mr. Trump's intelligence, integrity, temperament and character, no doubt aware that Republicans who dared bait the Donald during his brash, populist, campaign have been destroyed by his vicious and demeaning counter-punches.

But there was no high ground Thursday. Ms. Clinton made clear that if mudslinging and character assassination were the weapons of choice in this year's presidential campaign, she was ready with a pile of dirt laced with sarcasm.

"I'll leave it to the psychiatrists to explain his affection for tyrants," Ms. Clinton said grinning, leaving little doubt that she believes the former reality TV star's admiration for brutes is unhealthy.

"It really matters that Donald Trump says things that go against our deepest-held values. It matters when he says he'll order our military to murder the families of suspected terrorists," she said. "It also matters when he makes fun of people with disabilities, calls women pigs, proposes banning an entire religion from our country or plays coy with white supremacists."

She portrayed Mr. Trump as a political dilettante and a self-aggrandizing opportunist.

"There's no risk of people losing their lives if you blow up a golf-course deal, but it doesn't work like that in world affairs," Ms. Clinton said and then painted what many consider a nightmare scenario: Mr. Trump sitting in the White House Situation Room coping with an unfolding crisis. "It's not hard to imagine Donald Trump leading us into a war just because somebody got under his very thin skin."

In her carefully orchestrated event with a backdrop of American flags and an audience laced with veterans and military families, Ms. Clinton both stressed her own experience in dealing with international crises and eviscerated Mr. Trump.

"I'm going to keep American security at the heart of my campaign," she said while slamming Mr. Trump for suggesting the United States was weak and taken advantage of by both allies and adversaries.

"If you really believe America is weak, with our military, our values, our capabilities that no other country comes close to matching, then you don't know America," said Ms. Clinton, adding: "And you certainly don't deserve to lead it."

Ms. Clinton has accused her opponents before of lacking her foreign-policy savvy. Infamously, her "red phone ringing" political attack ad against Mr. Obama suggesting he was too naive to cope with a dangerous world failed to salvage her losing effort in 2008.

Her track record shows experience but also makes her vulnerable. As a senator, she backed President George W. Bush's decision to attack Iraq in 2003, as Secretary of State she hawkishly pushed Mr. Obama to agree to launch an air war to topple Libyan dictator Moammar Gadhafi. Both have exposed her to attack by Mr. Trump as well as her Democratic rival, Senator Bernie Sanders.

In her speech, she made no mention of Iraq or Libya or the Benghazi fiasco on her watch when a U.S. ambassador was killed and the consulate torched by extremists. Nor did she mention her cavalier and unauthorized use of a private e-mail server in the basement of the Chappaqua mansion she shares with former President Bill Clinton, which continues to raise questions about her judgment. 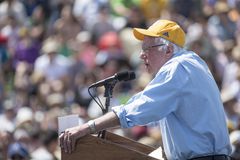 First Ford, now Trump: Bashing the media while basking in their attention
June 1, 2016 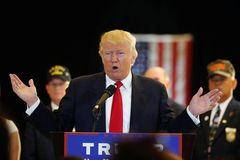