The Communist Party of China has held power for 63 years without often worrying what the public thinks of it. The "dictatorship of the proletariat" that Mao Zedong built believes it needs no elections to justify its rule, no opinion polls to guide its decisions.

But in an era when more than 500 million Chinese are online, reading and commenting on the news, even Mao's heirs have proven susceptible to outside pressure. Public anger over a string of corruption scandals – revealing the huge wealth allegedly accumulated by the families of some senior leaders – is such that several top Chinese Communist officials eyeing promotions now suggest the party could force its leaders to disclose their personal assets, albeit "gradually."

That such a move is even up for consideration highlights the party's growing concern that it is losing the public trust it gained over two decades of sound economic management. Though facing no serious external threats, to Communist rule, President Hu Jintao, who is stepping down this week as party leader, warned in a televised address that corruption could "even "cause the collapse of the party and the fall of the state." if left unchecked.

In his written report to the party, Mr. Hu said top officials needed to be accountable for the behaviour of their families, a pointed reference to the damaging scandals that have touched both Premier Wen Jiabao and the party's incoming leader Xi Jinping.

Mr. Hu's remarks seem to have had their intended effect, rippling through the ongoing national congress of the Communist Party, a once-in-five-years gathering where new leaders are being chosen and a national agenda is being set behind closed doors in the Great Hall of the People.

On Wednesday, the 2,268 congress delegates will approve a new Central Committee, of the Communist Party, a 350-member group that meets once a year to review party policy. The following day, it will name a 25-person Politburo , and the supreme Standing Committee of the Politburo , expected to be made up of seven to nine men .

One of the key unknowns is who will join Mr. Xi on the Standing Committee. Two leading contenders have taken the lead over the declaration of assets.

Wang Yang, the boss of coastal Guangdong province, was the first to suggest that greater openness about the wealth of party members might be on the horizon. "I believe that we Chinese officials will make public our assets step by step, in line with central regulations," he said Friday in response to a question from a foreign reporter. He suggested Guangdong might move ahead of the national party by forcing provincial officials to disclose their assets.

Mr. Wang, who encouraged the growth of limited civil society in Guangdong and allowed slightly more press freedom than in other parts of China, is considered one of the party's leading reformers.

On Monday, another contender for a Standing Committee job, Shanghai party chief Yu Zhengsheng, said he would have no problem disclosing his assets "because I don't have much property." According to Chinese media, Mr. Yu, who is considered a member of the party's more conservative wing, said Shanghai would "gradually move towards a system for making [officials'] assets public."

It's not yet clear whether the comments by Mr. Wang and Mr. Yu herald a coming change within the party, reflect a wider consensus among the party elite or are simply last-minute politicking to win a spot on the Standing Committee.

The Communist Party is reeling from a scandal-plagued 2012. First, rising party star Bo Xilai was felled by allegations that included corruption and abuse of power, as well as possible involvement in covering up a murder. According to state media, the Bo family moved hundreds of millions of dollars out of China before he was detained in March.

Even as the Communist Party was trying portray Mr. Bo's purge as proof of the its commitment to fighting corruption, the Bloomberg news service published an article in June detailing more than $750-million (U.S.) in assets held by relatives of Mr. Xi, the man set to become general secretary of the Communist Party, the most powerful post in the country, on Thursday. He will take over from Mr. Hu as president early next year.

The damaging revelation about Mr. Xi was followed by a New York Times report last month that found Mr. Wen's relatives were worth some $2.7-billion.

According to a report in the South China Morning Post, Mr. Wen since has asked for an investigation into his own family, in what one observer saw as Mr. Wen daring the other leaders to do the same.

Many in China see the sensational revelations about official wealth as connected to the struggle for power within the Communist Party. Many believe, for instance, that allies of Mr. Bo have aided the investigations into Mr. Xi and Mr. Wen, something denied by Bloomberg and the New York Times. "[The people who allegedly helped expose Mr. Wen] may not have expected it would mean everyone takes their pants off together," said Zhang Lifan, a prominent Beijing-based historian. 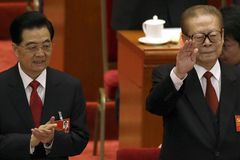 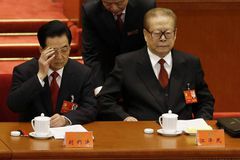 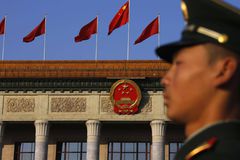 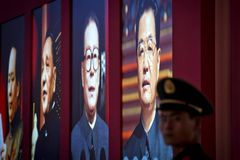 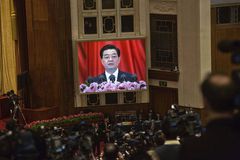 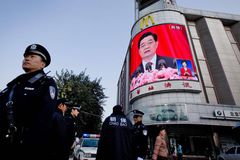 The breakdown of Hu's lengthy goodbye 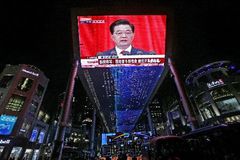 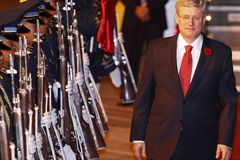 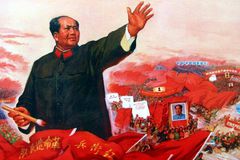