The United Nations added the Syrian regime to the so-called "list of shame" this week, formally accusing the government and its militias of crimes against children.

The label bears the weight of association with the worst armed groups in the world, an infamous roster of armies that kill, maim, recruit and sexually assault boys and girls.

The UN report named the regular Syrian armed forces, the regime's intelligence services and the shadowy shabiha militias that fight against the rebels.

The UN special envoy for children and armed conflict, Radhika Coomaraswamy, said the United Nations had also received credible allegations that the armed opposition, including the Free Syrian Army, had also used children during the 15-month conflict.

Former soldiers told the UN team compiling the report that commanders had instructed them to fire indiscriminately into crowds, despite the presence of women and children among the demonstrators. One witness described children between 8 and 13 years old being forcibly taken from their homes and placed in the windows of buses carrying military personnel, to shield them during a raid on a village.

Dozens of eyewitnesses said they saw children as young as 14 tortured for information, sometimes at makeshift detention centres in former schools. Other accounts described shabiha militiamen placing gun nests on the roofs of schools while children were still attending class.

"Most child victims of torture described being beaten, blindfolded, subjected to stress positions, whipped with heavy electrical cables, scarred by cigarette burns and, in one recorded case, subjected to electrical shock to the genitals," said the report.

It was based on interviews with witnesses, victims and former members of the Syrian army, conducted between March 2011, when anti-government protests began, and the first months of 2012.

Ms. Coomaraswamy said the Syrian government in a letter had denied the allegations and questioned the sources of the claims.

She said that at the command level of the Free Syrian Army there was a policy against the recruitment of children, but this was happening in the field and senior officials needed to take more steps to prevent it.

History does not suggest that the designation will push the international community toward action against Damascus, however. Several of the nastiest groups included on the UN list have never faced serious intervention. In fact, one of the armed belligerents named in the report – Afghan government forces – receives significant funding from Canada, despite ongoing concerns about Afghan police and soldiers recruiting children into their ranks. The UN noted that Kabul has a plan for improving the behaviour of its troubled security forces, however.

The full updated 2012 version of the "list of shame" of contains 52 states. Libya was also added for the first time.

With reports from Reuters and The New York Times

WORST OF THE WORST

Other than Syria, a new UN report on the use of children in armed conflict profiled several other countries:

Afghanistan: Government forces have recruited children – sometimes using intimidation – but the most serious concerns focus on insurgent groups. Taliban and other militants have used children to carry bombs and conduct military operations.

Central African Republic: Children have been reported in the ranks of at least six armed factions. One militia, the Chadian Front Patriotique pour le redressement, was estimated to consist of 1,700 fighters – roughly 15 per cent of them underage.

Chad: While the national army in Chad "has stopped recruiting children as a matter of policy, concerns exist that a small number of children may still be associated with it." The UN reports an improving situation.

Democratic Republic of the Congo: At least six armed factions recruited children, usually as cooks, porters, and for menial tasks. More than 100 cases of rape were documented, including five involving victims under the age of 6.

Iraq: Al-Qaeda in Iraq and other extremists continued to use children for attacks, including the placement of explosives and manning checkpoints.

Myanmar: "The number of complaints of underage recruitment, including children under 15 years of age, continued to rise," the report says.

Somalia: The majority of child soldiers in Somalia fight against the government for the Al-Shabbab militia, but the UN also documented cases of the federal government recruiting minors.

South Sudan: Hundreds of children have been abducted as part of a tribal conflict. The president's political party also stands accused of recruiting hundreds of child soldiers.

Sudan: Recruitment of children has decreased, but children continue to get maimed, shot, and caught in explosions. The UN also documented 59 cases of rape against girls aged 6 to 17, some reportedly perpetrated by police and armed forces. 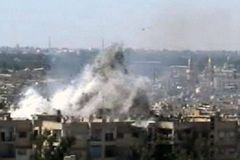