In the past three months, Ukraine has seen a revolution, the Russian annexation of Crimea and a separatist uprising in the southeast that turned deadly again on Thursday. The country is also in the midst of a deep and worsening economic crisis.

This is the mess that chocolates-and-media tycoon Petro Poroshenko looks certain to inherit when Ukraine's presidential election is over. Every opinion poll gives him a wide, seeming insurmountable, lead over his main challenger, former prime minister Yulia Tymoshenko.

The question seems to be when, not if, Mr. Poroshenko will become president. He spent his final day of campaigning urging voters to rally behind him as the front-runner and push him over the 50 per cent mark needed to win the job on Sunday, thus avoiding a second-round run off in three weeks' time.

Those are three weeks Mr. Poroshenko says the country doesn't have. Nor, he says, can it afford to spend tens of millions of dollars on another round of voting when the economy is in tatters and the country's underfunded army is battling pro-Russian separatists.

"[Avoiding a second round of elections] is of absolutely vital importance to the country's survival," Mr. Poroshenko told The Globe and Mail in a brief interview between campaign appearances here in Ukraine's most westerly, and Westernized, city.

Hours before he spoke, at least 13 Ukrainian soldiers were killed in the bloodiest clash to date between the national army and gunmen from the unrecognized Donetsk People's Republic. Self-appointed "governments" in the southeastern regions of Donetsk and Lugansk have declared independence from Ukraine and are seeking union with Russia.

"Every day we pay with the lives of several Ukrainian soldiers for the continuation of this period," Mr. Poroshenko said. "We should end this uncertainty."

It's an appeal that appears to be resonating with some voters. With opinion polls showing Mr. Poroshenko's support at somewhere between 45 and 54 per cent, many who turned out for his final campaign stop said they had been swayed by the logic that it was time to get behind the front-runner.

"We want the situation to calm down," said Darya Borys, a 61-year-old accountant, as she waited for Mr. Poroshenko to speak on Lviv's central Freedom Boulevard, the scene of rolling protests earlier this year that helped oust the Moscow-backed government of Viktor Yanukovych.

Ms. Borys had considered voting for former defence minister Anatoliy Gritsenko, but had decided instead to back Mr. Poroshenko, hoping to help push him to a first-round win.

The sentiment is not universal, however, as Miaidan activists in Kiev's main square have vowed to continue their occupation and keep watch over the winner of Sunday's election until their demands for democratic reform and an end to corruption are met.

"The revolution is not finished. Yanukovych has gone but the system that nourished him and allowed him to plunder the country is still in place," said Ivan Stratyenko, 40, one of the "sotniki" or commanders of the Maidan, a former musician from the city of Lviv in the nationalist-minded west of Ukraine.

"We expect wise but radical actions from our new president."

There's some irony in the billionaire Mr. Poroshenko – whose Fifth Channel television station played a key role in mobilizing the anti-Yanukovych protesters – now selling himself as the stability candidate, but in crisis-weary Ukraine there are signs it might work. Mr. Poroshenko's lead over Ms. Tymoshenko has widened in recent weeks, while Ms. Tymoshenko languishes below 10 per cent support.

But some political analysts say the polls don't capture the get-out-the-vote capability of Ms. Tymoshenko's Fatherland party, nor her personal popularity among older rural voters.

"Many people would love to have these elections over in one round, but I don't think it's possible," said Konstantin Bondarenko, head of the Ukrainian Politics Foundation, a think tank in Kiev. He said the uncertainty in Ukraine made it possible that even Mr. Poroshenko's wide lead could evaporate in a prolonged campaign against Ms. Tymoshenko.

Mr. Poroshenko is particularly vulnerable in eastern Ukraine, where one poll found he had just 10.5 per cent support. With separatist gunmen in control of several district election commissions, it's not clear how many polling stations in Donetsk and Lugansk will be functioning on Sunday.

Mr. Poroshenko has not visited the Donetsk region during his campaign, but vowed Thursday that he would travel there on his first trip as president.

The last four Ukrainian presidential elections have been decided by second-round run offs, including in 2010, when Ms. Tymoshenko narrowly lost to Mr. Yanukovych.

Most Ukrainians assume Mr. Poroshenko – whose wealth has been estimated at $1.4-billion (U.S.) – will eventually win the presidency. He's being carried there by an image that Fifth Channel helped to create: He's simultaneously seen as a key figure in the revolution and as a calm and practical businessman.

But in a country still reeling from the disappointment that followed the 2004 Orange Revolution Mr. Poroshenko is trying to mix optimistic talk of reform and unity with warnings that the road ahead is certain to be painful.

Ukraine – which is effectively bankrupt and owes billions of dollars to Russia's state gas company, Gazprom, and other creditors – has to introduce a sharp currency devaluation and social-service cuts to meet strict International Monetary Fund standards attached to a $17-billion bailout.

"We are not promising anything like higher salaries or higher social payments … because I don't want to lie," Mr. Poroshenko told a room of students and professors Thursday at the Lviv Business School. "If we just raise salaries and social payments, it will not change anything. We need to think more systematically."

While part of Mr. Poroshenko's popularity stems from the fact that he's a first-time presidential candidate in a field of overly familiar faces, he's no political newcomer. He's a long-time kingmaker in Ukrainian politics who is finally seeking the throne for himself.

Those who worked with Mr. Yushchenko following the Orange Revolution blame infighting between Mr. Poroshenko, who was head of the National Security and Defence Council, and Ms. Tymoshenko, the prime minister, for the collapse of the pro-Western coalition and the subsequent rise of the Moscow-backed Mr. Yanukovych.

Mr. Poroshenko later served as Mr. Yushchenko's foreign minister and then – in a sign of his political flexibility – briefly as minister of trade and economic development under Mr. Yanukovych.

A key challenge for Mr. Poroshenko – or any president – will be relations with Russia, which has provided diplomatic support to the separatists in Donetsk and Lugansk. Russian President Vladimir Putin has warned he could send troops into eastern Ukraine if he perceives the region's Russian-speakers to be under threat.

While Mr. Poroshenko is seen as having had decent relations with Russia in the past, his confectionery company, Roshen, was forced to close its factory in Russia earlier this year in what many analysts saw as the Kremlin punishing Mr. Poroshenko for his role in the uprising against Mr. Yanukovych.

A new president of Ukraine would help restore legitimacy
May 22, 2014 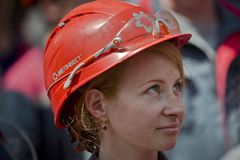 Opinion
Ukraine is at a democratic crossroads
May 23, 2014

Canadians trained in security to observe Ukraine's presidential election
May 20, 2014 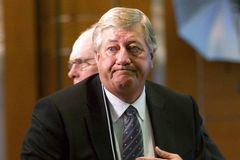