For four generations, the blue and grey '56 Oldsmobile Eighty Eight has been a fixture in the Gatierrez household to the point that it feels like a member of their family.

Omar, its current driver, describes the lumbering vehicle as one would an eccentric uncle: ornery at times, but ultimately resilient.

The car, sustained by a series of improvised repairs, has proved both a source of pride and income for Mr. Gatierrez, who taxis it around Old Havana to supplement his meagre wage as an elementary school teacher – the equivalent of $20 a month.

For the past few months he has quietly contemplated selling it, figuring he could make about $14,500 (Cdn.) or 14,000 convertible pesos. Until now, cars made before the 1959 revolution like his Olds were the only ones legally allowed to be bought or sold in Cuba.

But a sweeping new decree that goes into effect Saturday enabling Cubans to own post-revolution vehicles is poised to radically transform the car market – and the streets of this Communist country, famous for its iconic vintage automobiles.

The new rules mean average Cubans now have the choice of trading in their older cars for newer models, such as Russian Ladas or Asian-made Hondas, which were illegal for most to purchase until now.

With the market suddenly flooded with more options for Cubans, Mr. Gatierrez's rumbling Olds, which "has been to the moon and back," might be worth less money. However, if he manages to sell it, he plans to use the proceeds toward a used minivan that would accommodate more passengers for his taxi service.

"I want a Honda, or some other car. As long as it's Asian," said Mr. Gatierrez, standing on a scorching street corner in sunglasses and a red Tommy Hilfiger shirt. On the back window of his car, a Spanish bumper sticker warns, "I don't brake and I don't beep."

The new law is the latest in a series of Cuba's economic liberalization measures meant to stimulate the island's stagnant economy. Agricultural reforms enable peasants to own land and profit from the sale of its produce. Cubans also are now permitted to launch their own small businesses, within certain limits.

The new rules relating to the sale of cars, however, hold special significance because the old rules were so frustrating to most Cubans.

Until now, most Cubans didn't technically own their cars if they were built after the revolution, because proprietary papers could not be transferred between people, even if money and vehicles changed hands. For decades Cubans skirted the laws through a thriving underground economy of used-car sales, but buyers never received ownership papers from sellers.

Cars would tend to stay in the same family for generations with drivers going to almost acrobatic lengths to keep them running with scrounged parts. (According to World Bank data from 2008, Cuba has only 21 passenger cars per 1,000 inhabitants; that compares with 399 per 1,000 people in Canada.)

Meanwhile, purchasing a new car in Cuba was next to impossible. Buyers were subject to an onerous process. Famous artists or sports figures tended to be the only people to meet the strict criteria.

The old restrictions resulted in absurd realities: Cubans who migrated off the island could leave their cars for relatives, but not the ownership papers.

Today, many Cubans don't even know who technically owns the car they drive because the vehicle may have been flipped several times on the black market before they bought it.

Lazaro Rafael, a 31-year-old mechanic, has two Volkswagens parked in the driveway of his beachside home but owns neither. "The owner is not the same person who sold me the cars. I think the owner is three transactions back," he said, shrugging.

Under the new rules, buyers and sellers each pay 4 per cent tax on the sale of a car. Cubans with government permission and foreign residents are allowed to import new cars, while all others will be limited to buy the cars already on the island.

The new law also touches the lives of foreign residents temporarily living in Cuba who can now acquire up to two cars during their stay.

When foreign residents leave the island, they will still have to leave their ride behind. 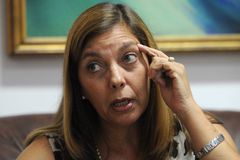