This weekend's election to choose a new Czech president is a wide-open race but one result is clear already: The era of incumbent Vaclav Klaus, one of Europe's most colourful and divisive leaders, is coming to an end.

Mr. Klaus, 71, is required by law to leave office after two five-year terms in which he did much that won favour from ordinary Czechs but also frequently angered fellow European leaders with his fierce Euro-skepticism.

He kept Europe waiting for months in 2009 by refusing to sign the EU's Lisbon treaty, a step which led to some people calling him a central European Margaret Thatcher, the former British leader who relished tangling with Brussels.

There is no clear front-runner in the presidential election, which takes place over Friday and Saturday, but the victor will be much more pro-European than Mr. Klaus. The most likely outcome is a second-round runoff between two former prime ministers, Milos Zeman and Jan Fischer.

The change of president is likely to be welcomed in several European capitals, where nerves were frayed by Mr. Klaus's suspicion of European integration, often expressed in a blunt style.

"Since the Czechs started making problems, they won the nickname 'Circus Prague,' " said an EU diplomat who spoke on condition of anonymity.

"Some of their positions are hard to understand rationally. The Euro-scepticism in there is coming from one person, so I am sure everyone is waiting for his replacement."

The presidential post does not carry much day-to-day power. That rests with the prime minister and his cabinet.

But presidents have a role in representing the country abroad, appoint prime ministers and the central bank board, pick constitutional court judges, and enjoy high respect among the Czech Republic's 10 million people.

Mr. Klaus took over the presidency from Vaclav Havel, the playwright and dissident who led the Velvet Revolution that ended Communist rule.

The two men could not have been more different. Mr. Havel was a soft-spoken intellectual devoted to human rights. His successor is a right-wing economist and follower of Mrs. Thatcher who takes pride in his abrasive style.

He has often resorted to intimidating opponents. "And who are you?" has been his favourite way to start a conversation, even with people whom he clearly knew.

More seriously, say his critics, his Euro-scepticism bordered on an obsession, and they allege it has helped push the country to the edge of the EU mainstream.

Though many in western Europe share his Euro-skepticism, Mr. Klaus was a rarity among central European leaders, most of whom see embracing the EU, after decades of oppression by Nazi Germany and the Soviet Union, as their historic destiny.

When Czechs voted in a referendum on whether to join the EU in 2003, Mr. Klaus did not recommend a "yes" vote. He refused to fly the EU flag of gold stars on a blue background from the presidential residence in Prague Castle.

In excerpts from a book he is preparing to publish, Mr. Klaus said the world today is "much more socialist, if not more communist, in any case more unfree," than he had imagined after the fall of communism.

"Our convergence toward the EU meant and means turning away from capitalism," he wrote.

He once also likened the EU structure to that of Comecon, the former Soviet bloc's economic co-operation group.

"He took the fight against the EU … as his personal struggle, while he forgot that he should mainly defend the interests of the Czech Republic," political analyst Josef Mlejnek said.

Mr. Klaus saw the Lisbon treaty, aimed at streamlining decision-making in Europe, as an attack on Czech sovereignty. He eventually signed it after winning concessions, but not before some European policymakers had accused him of holding the continent hostage.

Since then, stories circulated in Prague of frosty exchanges when Mr. Klaus met other EU heads of state.

Yet Mr. Klaus's euro-scepticism has paid off in one respect: It helped keep them out of the euro single currency. While the euro zone wrestles with a debt crisis, Czechs are now happy with their solid crown currency and low debt.

Many Czechs also give Mr. Klaus credit in other areas. As Czechoslovak finance minister and later Czech prime minister, he won applause for liberalizing prices and trade in the early 1990s while keeping macro-economic stability.

Mr. Klaus's term ends in March. He has said he would devote his time to a think tank he set up with the help of the richest Czech businessman, Petr Kellner, a beneficiary of 1990s privatizations.

But he has also said he could not rule out seeking a role in Europe, noting that there are European Parliament elections next year. That may seem improbable given his views on the EU, but he would not be the first person to use the parliament to rail against Brussels.

While commentators say this may be just a ruse, many Czechs believe he will stay in public life. Speaking this week about his future political plans, Mr. Klaus said: "Nothing is over."

With eloquence and authority, Vaclav Havel changed Europe's history
May 8, 2018 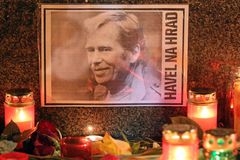 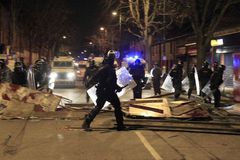