The daughter of Rwanda's assassinated president, who took shelter in Canada after the killing, has been waiting patiently for justice for her father for 22 years.

Now, with the emergence of fresh evidence in the mystery, Marie-Rose Habyarimana is calling on Canada and other countries to push for the answers that have been hidden since the Rwandan genocide.

"There have been moments where we have felt powerless," she told The Globe and Mail on Tuesday. "As long as this affair remains unresolved, we live as though we are still waiting. But I believe the truth will come out eventually. The truth cannot be hidden forever."

The assassination of Juvénal Habyarimana on April 6, 1994, a pivotal event of the 20th century, ignited the genocide that killed 800,000 people. The genocide sent shock waves through Africa and the world, leading to "never again" promises and shaping the world's beliefs on peacekeeping and humanitarian intervention for decades to come.

From the archives: Our Rwandan betrayal

Yet the United Nations has never conducted an inquiry into the assassination, despite the presence in Rwanda of a UN peacekeeping force headed by Canadian general Roméo Dallaire at the time of the murder.

A confidential 12-page deposition by a former close aide of Rwandan President Paul Kagame, obtained by The Globe this week, accuses Mr. Kagame of involvement in the assassination.

The sworn statement has led to the reopening of a French inquiry into the case, provoking a furious reaction from Mr. Kagame, who has threatened to freeze relations with France if the inquiry proceeds. The three-person crew in the downed plane was French.

The deposition was provided by Mr. Kagame's former army chief, General Faustin Kayumba Nyamwasa, who was head of military intelligence for Mr. Kagame's rebel army at the time of the assassination. He said he heard Mr. Kagame and two senior aides describing how they orchestrated the missile attack that destroyed the president's airplane.

Mr. Habyarimana's daughter was a 24-year-old student in Quebec at the time of the murder, and Canada gave her permission to stay in the country after the genocide. She is now a Canadian citizen, living in Gatineau, where she works as a translator, still hoping for justice for her father.

The absence of any UN inquiry and the long delays in the French inquiry are part of an "abhorrent" neglect of the case, Ms. Habyarimana said.

"I don't want people to be discouraged," she said. "I would like not only Canada to act but all countries to look more closely and seek the truth. I would like to see all countries that profess to believe in world peace actually take real steps to pursue justice in this matter, whether it is France or Canada or the United Nations."

She said she had placed her faith in the UN's court, the International Criminal Tribunal for Rwanda, where Louise Arbour of Canada was the chief prosecutor from 1996 to 1999. But the tribunal decided not to pursue charges in the case of her father's assassination.

"If there had been international goodwill – or a real desire for truth – we would have seen the International Criminal Tribunal investigate his murder, but the UN court refused to do that," she said.

Mr. Kagame's government has insisted that Hutu extremists shot down the airplane carrying Mr. Habyarimana and Burundi's president and other senior officials. A report by the French inquiry in 2012 said the missiles were fired from an area of the Rwandan capital that was normally controlled by the Rwandan army, headed by Hutus. But this theory – contradicted by earlier investigations – does not make sense, Ms. Habyarimana said.

"People have closed their eyes," she said. "They have been hypocritical. Two Hutu presidents and a Hutu army chief were killed in a plane attack, and we were supposed to believe that Hutus were behind this, as though they would naturally sabotage themselves. Those who really wanted to see the truth, who could have looked deeply, could have seen through these attempts to lie and deform history."

She said she was hesitant to speak publicly about the French inquiry because Mr. Kagame had angrily called for a "showdown" with France and had vowed that he would "sort out" the inquiry.

"This is intimidating," she said. "It makes people nervous."

Canadian Foreign Affairs Minister Stéphane Dion, speaking to reporters in Montreal on Tuesday, was asked about the new evidence in the assassination of Mr. Habyarimana. He said he had not had time to look into the issue. "I am not in a position to answer for the moment," he said.

A spokeswoman for the Global Affairs department issued a brief statement. "The assassination of President Habyarimana is a crime that remains unresolved and precipitated one of the worst tragedies in recent history," Jocelyn Sweet said.

The federal government hasn't seen the documents obtained by The Globe, but it "supports any efforts to identify the perpetrator or perpetrators of this crime and to see that justice is finally delivered," she said. 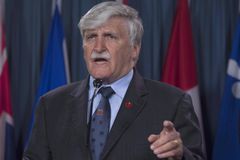 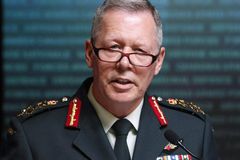