He was one of Africa's most corrupt and brutal dictators. He ruled Congo for 32 years, stole billions of dollars, tortured and killed his enemies, called himself the "Messiah" of his nation, lived in palaces as his people starved, and presided over the destruction of Congo's economy.

Mobutu Sese Seko was finally overthrown in 1997 and chased into exile. Yet now he is being rehabilitated. Under a presidential decision last week, his remains will be flown back to the Democratic Republic of the Congo, where a tomb is expected to be built as a place of pilgrimage for his followers.

It might seem a bizarre move, yet it's just the latest example of a global phenomenon: the veneration of dead dictators. Many of the world's most ruthless and murderous leaders – from Genghis Khan and Tamerlane to Stalin and Mao and several of Africa's most notorious rulers – are now celebrated in monuments, statues, tombs and museums in their homelands.

Millions of people suffered death or imprisonment in their reigns. Their ideologies have been discredited and their atrocities exposed. But their followers are proud of their fame and their military might. Their reputations are burnished by nostalgia, puffed up by national propaganda, and often protected by regimes that haven't much changed from the old days.

In Congo, few people have forgotten the kleptocracy and blatant greed of the Mobutu dictatorship. He stole an estimated $5-billion and bought himself a yacht and luxurious European villas while Congo's schools and health system collapsed.

But many Congolese also remember it as a time when the country was relatively stable and peaceful, propped up by the United States and France and valued as a strategic African ally in the Cold War. There were few of the rebellions and invasions that have torn apart the country since Mobutu's demise.

And so, when President Joseph Kabila announced last week that Mobutu's remains will be repatriated to his homeland, it was a popular gesture among some sections of the population.

"I'm sure there will be a very grand tomb for him," said Stephanie Wolters, a Congo expert at the Institute for Security Studies, an Africa-based think-tank. "The Mobutu days were a bit of the glory days, even as he ran the country into the ground. The country under Mobutu had more status than Congo does now. Mobutu was received by Francois Mitterand and Ronald Reagan, and that's something that people still care about. They're a little embarrassed by the country's reputation now."

Mobutu in his time was much more popular than Joseph Kabila ever has been, she said. "He created a sense of national identity. He cast himself as the father taking care of his children, and that really had resonance."

Several other African dictators have been rehabilitated in recent years. One of the most murderous and venal was Jean-Bedel Bokassa, who crowned himself as the "emperor" of the impoverished Central African Republic. He took power in a coup in 1965, calling himself the President for Life. When that title was insufficient, he spent tens of millions of dollars on a grandiose coronation in 1976, wearing costumes styled on Napoleon, riding in a carriage flanked by soldiers dressed as 19th-century French cavalrymen.

Until his overthrow in 1979, he was notorious for torturing and killing his political rivals, sometimes feeding them to the lions and crocodiles in his private zoo. Yet in 2010, long after his death, he was officially pardoned by presidential decree. He was a "great builder" who had "given a great deal for humanity," the decree proclaimed.

"It's crazy, but these old dictators still have support," Ms. Wolters said. "People have an affinity for that era, or for that style of leadership: the father, the old chief."

In Ethiopia, politicians are now demanding a statue to honour Haile Selassie, the emperor from 1930 until his overthrow in 1974. For years before his demise, his police had repressed dissent with murder and torture. He ignored the mounting evidence of drought and famine, allowing thousands to die. Yet today his memory is venerated in a national museum, where tourists troop through his bedroom and bathroom, admiring the gifts he received from abroad.

In Malawi, a huge mausoleum and bronze statue have been built to glorify the remains of Hastings Kamuzu Banda, who ruled the country with an iron hand for three decades. Malawians grew weary of his tyranny and overthrew him in 1994. His grave was neglected and overgrown with weeds – until he was rehabilitated in 2008, when the country restored a national holiday in his name.

In some countries, dead autocrats are honored because the current regimes are directly linked to the past. Vietnam has built a lavish mausoleum for Ho Chi Minh, while the North Korean regime has a similarly massive tomb for Kim Il-sung.

In other places, notorious historical figures who slaughtered countless enemies are now glorified by a new generation of politicians who want symbols of national pride to rally their people around. Genghis Khan, the Mongolian horseman who conquered much of the known world in the 13th century, had fallen out of favour in the Soviet era, but today he is venerated with towering monuments in democratic Mongolia. His 14th-century successor, Tamerlane, was once seen as a bloodthirsty tyrant who killed millions, yet now he is a national hero in Uzbekistan, exalted in statues, portraits, museums and epic films.

In Russia and China, human-rights activists and dissidents have called for the removal of the waxy corpses of Lenin and Mao from their shrines in the central squares of the capitals, but the authorities have refused to budge. Mao's ideology has been consigned to the dustbin of history, and his Cultural Revolution atrocities are well documented, yet today's government still says he was "70 per cent correct."

Joseph Stalin, the most murderous of Soviet dictators, was long honoured with a statue and museum in his birthplace in the ex-Soviet republic of Georgia. His crimes were overlooked because his regime was associated with military power and the defeat of Nazi Germany. The Stalin monument was finally removed by a pro-Western government in 2010 – and today it is being restored by his followers. 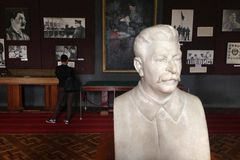 Gerald Caplan: Shadow of Rwanda is cast over France’s involvement in Mali
January 18, 2013 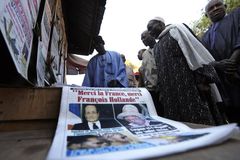 Opinion
In Congo, meet violence with talk of peace
November 10, 2011 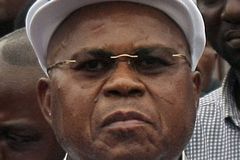 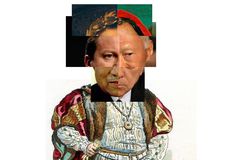