The first year of Rajesha Hamar's married life was peaceful. In the second, her husband began to drink. Then he started to punch and throttle her when they argued. Then he began to sexually assault her, in front of the relatives with whom they shared their one-room home in a Delhi slum.

After 18 months of this, Ms. Hamar fled to her mother's house with her baby daughter. She left everything behind, including the dowry her family had paid with most of their savings – clothes, dishes, a motorbike, and her gold jewellery.

In the year since she left, Ms. Hamar's husband has paid her nothing in maintenance and contributed nothing to the care of their child. She keeps her toddler, Sakshi, fed with the $25 a month she earns housecleaning. Her husband, the neighbours tell her, is still drinking and has voiced no remorse for beating her.

Nevertheless, what Ms. Hamar wants more than anything is to go back to him. This is not delusional battered-wife-syndrome, but rather cold-eyed realism on her part.

With those words, Ms. Hamar speaks for tens of thousands – perhaps hundreds of thousands – of Indian women who are trapped in abusive or broken marriages by archaic divorce laws and a dysfunctional court system.

Divorce and separation are both on the rise here, as customs in India shift with rapid economic growth and social change. But in the vast majority of cases, it is men who petition for divorce – because women suffer terribly if their marriages end.

"In the West, women also pay an economic price for divorce, but here it is much more dramatic, because we don't have the basic rights and entitlements we should have," said Kirti Singh, an advocate at India's Supreme Court.

Ms. Singh is spearheading a drive by women's groups for the reform of divorce law; she recently concluded a series of "tribunals" held across the country in which divorced and separated (and many now-impoverished) women from all economic classes testified about their trials under the law. (That process, and Ms. Singh's research, were funded by Canada's International Development Research Centre.) Now the lawyer-activists are pushing government to change the law.

A grim confluence of factors makes divorce punishing for Indian women. The country has no law for the division of marital property; items belong to the person who bought them, and typically men put every major purchase such as a home or a vehicle in their own names. When assets are divided, women frequently end up with none.

There is no automatic right to maintenance payments in the case of separation; women must hire lawyers and go to court to petition for this – a step that is already out-of-reach for millions of poor and illiterate women. Less than half of women ever ask for maintenance. They must make a separate petition for child support. In the clogged and dysfunctional legal system, it often takes years to obtain even an interim order.

When these are awarded, they tend to be negligible, Ms. Singh said. Her research found that maintenance awards were for between one-twentieth and one-tenth of a man's stated income. "The biggest problem for a woman is to prove what he actually has." With the dysfunctional tax-collection process here, men typically report only a small fraction of what they actually earn – "whether they are daily wage-earners or businessmen, that's the same."

Then, regardless of the size of the award, the maintenance orders are almost never enforced, Ms. Singh added, so that in practice, women frequently receive nothing. Forty-six per cent of the women in her survey said their payments did not arrive, and of those who received them, 60 per cent said the funds did not come on time.

Finally, very few women succeed in having their dowry – or their stridhan, a gift such as jewellery that a family may give a bride to ensure her some economic independence – returned. The practice of paying dowry is illegal in India but still widely practised; the Prohibition of Dowry Act states first that dowry is illegal, and secondly, that if it is paid in defiance of the law, it must be returned in the event of divorce.

"The harsh reality is that the process is difficult or even impossible," said Anu Narula, a Supreme Court advocate who focuses on this issue. For many families, such as Ms. Hamar's, the dowry and bridal jewellery may represent a huge amount of their savings, now lost. Yet Ms. Singh's research found that just 30 per cent of divorced or separated women end up recovering any of it.

Thus many end up feeling as Ms. Hamar does. "Women feel you can't give divorce and the law also says 'don't' – because what will she receive, or where will she live?" Ms. Singh said. Refusing to agree to divorce (India does not have no-fault) is the only tool that women have to force their husbands to negotiate a settlement, she said.

Ms. Hamar, who is illiterate and utterly ignorant of the laws that exist – even that spousal abuse is illegal – feels entirely without choices. But the situation can also be grim for women with far greater resources. Mitu Khurana, a 34-year-old pediatrician, left her husband, an orthopedic surgeon, four years ago – after he and his parents allegedly assaulted her repeatedly. She, too, had to leave all her assets behind – including a dowry and stridhan worth more than $100,000, she said – but with the help of her parents, she filed criminal charges, and petitioned for maintenance. Three years later, the cases are still before the courts and she receives only $175 a month in child support for her two daughters, which does not, she said, even cover their school fees.

"The system is pitiable," she said. "These cases go on for years and years, and meanwhile who is feeding a woman or her children? She'll go back to her husband, because she doesn't have choices. Either way women are losers."

Ms. Singh's national survey found that 75 per cent of women return to their "natal family" – parents or brothers. Nearly half reported they had no income, and 28 per cent earned less than $50 a month. Economically, they needed family to take them in and there are strong cultural prohibitions about single women living alone. Yet the women returning are frequently viewed as a burden by family. Ms. Hamar's, for example, thinks she should go back to her husband – "maybe this husband drinks and he beats her, but if she divorces him, the next husband could be just the same" was her aunt's grim assessment.

Ms. Singh's research has drawn on family law in other countries including Canada, whose courts she called progressive in their recognition of the value of domestic work. In India, by comparison, women are much less likely to have had jobs before marriage or to continue to work after they marry; if they do continue, they nonetheless maintain almost total responsibility for domestic affairs. Yet the courts here assign no economic value to this work when considering the contribution to acquisition of marital property. "But women feel, whatever he has done or earned was because of what I was doing," Ms. Singh said.

However she has hopes for a loophole: judgments in two recent accident lawsuits calculated a woman's "lost economic value" for a life time of housework – and she believes this could be a precedent in divorce cases as well.

Meanwhile if a woman is the spouse who brings the petition for divorce, Ms. Singh noted, she has virtually zero chance of obtaining a financial settlement of any kind.

The advocates have drafted a list of proposed reforms and submitted them to the central government; Ms. Singh estimates that change, optimistically, could come within 10 years. She is also circulating the testimonies from the tribunals in the legal community, to educate judges and lawyers about the dire impact the current system has on women; better legal precedents could effect change before legislation does.

None of this, however helps Ms. Hamar, who sleeps each night with two-year-old Sakshi on a narrow wedge of cement floor beneath the family's one bed, which her mother and brother share.

"I can't stay here forever," she said, her voice hollow. "My life has to be there, with my husband." 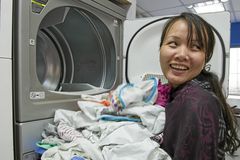 Mumbai's slums reach for the sky
January 31, 2011
India demands full BlackBerry access
January 31, 2011
Follow Stephanie Nolen on Twitter @snolen
Report an error Editorial code of conduct
Due to technical reasons, we have temporarily removed commenting from our articles. We hope to have this fixed soon. Thank you for your patience. If you are looking to give feedback on our new site, please send it along to feedback@globeandmail.com. If you want to write a letter to the editor, please forward to letters@globeandmail.com.
Comments