Meet Ahmed Galal, the man with the worst job in the world.

The 60-something Egyptian economist with graduate degrees from Boston University and 18 years of World Bank experience was sworn in Tuesday as Finance Minister in Egypt, where 70 per cent of people live below the poverty line, where the budget deficit is $30-billion, foreign reserves are at precarious lows, business confidence is non-existent and the flow of foreign investments is zero.

A patient, pragmatic man, Mr. Galal's approach to such daunting conditions is first to do no harm: Adopt policies that assure political as well as economic stability, and establish principles of accountability so that investors, foreign and domestic, will have confidence in Egypt again.

Mr. Galal, who has close professional ties to Canada, will need every ounce of his wry sense of humour to maintain his sanity in the coming months trying to wend his way through the minefield that passes for politics in Cairo.

"He must be doing this out of patriotism," said David Malone, the former president of the International Development Research Centre in Ottawa on whose board of governors Mr. Galal has sat since 2007. "It is a moment of great risk," said Mr. Malone of the situation in Egypt, noting that Mr. Galal had turned down ministerial appointments in the late years of Hosni Mubarak's presidency and in that of Mohammed Morsi, who was ousted from office this month.

With 85 million Egyptians crying for relief, it's a most unappealing assignment.

But Mr. Galal's credits, including writing the economic playbook followed by the ambitious Gamal Mubarak, during the presidency of his father, make him uniquely suited to the job.

"He is calm and highly analytical," Mr. Malone said. "The politics of the moment may not be his thing, but he will provide sound advice and strong leadership."

Former chair of the IDRC board, Barbara McDougall, a former Canadian external affairs minister, recalls how distraught Mr. Galal was when Mr. Morsi and his Muslim Brotherhood came to power in Egypt last year. "He said they didn't know what they were doing financially and economically," she said. "He was undoubtedly relieved to see them go."

Indeed, failure in dealing with the economy was a big reason why Egyptians took to the streets in massive numbers late last month demanding Mr. Morsi's resignation.

Mr. Galal's years at the World Bank as a senior economist put him in good stead.

More than that, Jim Balsillie, a founder of Research in Motion Ltd. and chair of the Centre for International Governance Innovation (CIGI), says Mr. Galal has the right makeup to instill badly needed trust.

Mr. Balsillie recalls that when CIGI was just beginning and he was looking for the right people to join an international board of governors, former prime minister Paul Martin recommended Mr. Galal. The CIGI chief was not disappointed.

"He's been on our board from the beginning … never missed a meeting … always prepared," Mr. Balsillie explained. "You never had the sense he was doing things out of personal interest. He brought great integrity to whatever he was doing."

Indeed, it's hard to find anyone with a bad word to say about the man. The only blemish, perhaps, was his involvement with Gamal Mubarak in the early 2000s.

As executive director of the Egyptian Center for Economic Studies (ECES), a government research body, Mr. Galal found his recommendations for liberalizing Egypt's economy put to use by the country's ruling party. As such, the then-president's son and his cronies became the chief beneficiaries, much to the disgust of many Egyptians.

Mr. Galal, too, was disturbed by this. He resigned from the centre over it and opened an independent think tank, the Economic Research Forum, considered one of the best institutions of its kind in the Arab world. In a 2010 interview with The Globe and Mail, Mr. Galal explained his decision to leave ECES.

His proposals to the government involved two equally important points, he said: Liberalizing the country's moribund economy and distributing the wealth equitably.

The government, he said, "paid much more attention to the growth side of the economy and not enough to the equality side."

"There's not enough focus on the social agenda," he explained, "not nearly enough on the quality of education, for example."

"Dr. Galal describes himself as an 'eclectic' economist," Amina Ghanem, a former Egyptian deputy finance minister, told Reuters. "He has been a long and firm believer in the importance of inclusive growth and education in contributing to inclusion and competitiveness."

That remains his approach to Egypt today, but the pragmatist in him knows he can't achieve it all at once.

For example, he has spoken out strongly about the harm done by governments' subsidization of basics such as cooking fuel, but says this is no time for cutting the people off.

"Prudence is the name of the game in the short run," he told the Al-Masry Al-Youm newspaper in 2011. Economic policies should make sure Egypt remains stable, he says, more than figuring out what to do in the long run.

"I don't accept the idea that Egypt is collapsing," Mr. Galal told the Egypt Daily News earlier this year. "In 1991 the economy was in a worse shape. It's true that we recovered in a distorted way, but we recovered … The situation is bad but not without cure."

The most powerful president Egypt never had: Talking to Amr Mousa Subscriber content
May 11, 2018 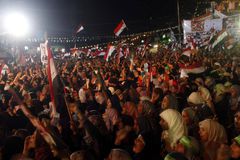 After Monday’s massacre, has Egypt become ungovernable? Subscriber content
May 11, 2018 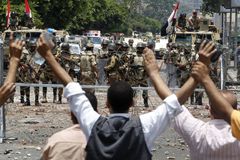 Opinion
Egypt’s vocabulary of legitimacy
May 11, 2018