It was the No. 1 topic of conversation Monday in Jerusalem when U.S. Secretary of State Hillary Clinton met with Israeli Prime Minister Benjamin Netanyahu, and it was undoubtedly the big subject for discussion in Iran, too: Will Egypt's newly elected President, a leader of the revolutionary Muslim Brotherhood, try to tilt Egypt toward Tehran?

For more than 30 years, Egypt under Anwar Sadat and Hosni Mubarak viewed Iran's revolutionary Islamic leadership as a threat, and relations between the two regional competitors were characterized by hostility and a severing of diplomatic relations.

Now, facing the growing prospect of Iran's nuclear weaponization, its anti-Israel agenda and its goal of region-wide influence, the West and its allies want to know if Egypt's new Islamist leadership will try to reverse that state of affairs and embrace Iran.

Certainly Tehran has sensed an opportunity to make a new friend and ally.

Iranian President Mahmoud Ahmadinejad was among the first to congratulate Mohamed Morsi on his election last month and to salute his victory as "the final stage of the Islamic awakening." Tehran was even the first to apparently make up an interview Mr. Morsi had with the official Iranian news agency on the eve of his victory.

In the alleged exchange, Mr. Morsi was reported by Tehran to have said that Egypt must restore good relations with Iran in order to create a strategic "balance" in the region, remarks that a spokesman for the Muslim Brotherhood leader was quick to flatly deny, as he denied any suggestion that the new leader would undo Egypt's treaty with Israel.

The seed, however, was planted and it was quickly rumoured that Mr. Morsi would be making his first official visit as President to Tehran, showcasing Egypt's new friend.

Mr. Morsi's visit to Riyadh last week was intended to dispel that notion and to reassure Egypt's biggest backers – the United States and Saudi Arabia – that the President had no hankering to please Iran.

But while there is ample reason to believe that Egypt's new leadership will eschew all thoughts of an alliance with Tehran, there are some compelling long-term reasons to suspect that a new relationship may well be in the offing.

Standing in the way of an alliance is the fact that Sunni Islam, to which the Muslim Brotherhood adheres, has long viewed Shiism, the dominant faith of Iran, as heretical, and its followers as apostates. The civil war in Syria, for example, is as much about this historical divergence, pitting the Sunni opposition against the regime's Alawites (a Shia sect), as it is about democracy and dignity.

Yusuf al-Qaradawi, the Qatar-based Egyptian cleric who is a lifelong member of the Brotherhood and its most influential advocate, tells followers to beware of the "Shiitization" of Sunni Arab populations.

And Saudi Arabia has pointed out that if Egypt wishes Riyadh's financial assistance, the Egyptian government better keep its distance from Tehran.

Mr. Morsi himself has spoken of it being "Egypt's destiny to lead," suggesting it would not fall into Iran's orbit but would lead an orbit of its own.

And, just in case Mr. Morsi had different ideas, Egypt's Supreme Council of the Armed Forces, a very pro-Saudi body, recently decreed that a National Defence Council would determine any changes to Egyptian foreign policy for the foreseeable future, and that military leaders, not the civilian leadership, have a majority in the council.

But while the odds seemed stacked against Iran at the moment, the idea of a Muslim Brotherhood-led Egypt embracing Iran should not be written off as purely wishful thinking.

The two revolutionary Islamist movements – the Brotherhood and the Shiites – share some common ancestry.

It was a 19th-century Persian Shiite intellectual, Jamal al-Din al-Afghani, whose teaching in Egypt revived the Islamic movement and influenced Hassan al Banna, founder of the Muslim Brothers.

And it was the radical teachings of the Egyptian Muslim Brother Sayyid Qutb, embodied in works he produced in the jails of Gamal Abdul Nasser in the 1950s and 60s, that gave a rationale to the Shiites of Iran to plunge into revolution against the Shah who then governed Iran.

The man who translated Mr. Qutb's Arabic works into Farsi was none other than Ali Khamenei, today's Supreme Leader in Iran.

And while then-Egyptian president Anwar Sadat shunned the Shia revolutionaries, giving refuge to the deposed Shah and providing a permanent resting place for his body, the new leaders of Iran rejoiced at the assassination of Mr. Sadat and named a Tehran street after his killer, an Egyptian Islamist.

Most importantly, says Alastair Crooke, a leading analyst of Islam, the Iranian revolutionaries and the Muslim Brotherhood share a common world view: both stand opposed to "Western individualism and materialism" and are in favour of "the collective welfare of the community" espoused by moderate Islam."

As well, both also stand opposed to the "narrow, literalist and intolerant interpretation" embodied by the Salafists in Saudi Arabia and, increasingly, in other countries. In Egypt, the Salafists account for an astonishing 25 per cent of the seats in the recently elected parliament and pose a political challenge to the Muslim Brotherhood, which captured 50 per cent of the seats.

To be sure, Egypt's Muslim Brothers are divided on how to proceed when it comes to Iran. Many argue the common revolutionary battle against Western values and Israel should predominate, while others insist on the practical value of keeping their distance from Tehran.

Indeed, Mr. Morsi will be going to Iran in August – but not to embrace Tehran. He goes to attend the summit of the Non-Aligned Movement, a body of some 120 states that mostly stand opposed to U.S.-led Western institutions; Mr. Morsi has inherited the leadership of the movement, which was previously held by Mr. Mubarak.

(At the group's meeting, Mr. Morsi will be handing over the leadership to Iran's Mr. Ahmadinejad.)

As in everything else, it seems, the Muslim Brotherhood's point man, President Morsi, is tiptoeing through the convoluted relationship between Egypt and Iran, hoping to keep everyone happy, at least for now. 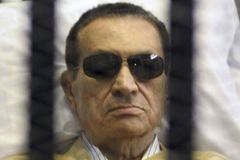 Opinion
What the Brotherhood will mean for women
July 5, 2012 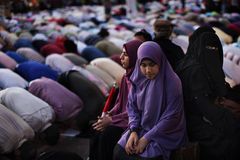