Late last year, the Canadian embassy in Beijing invited a group of artists and critics to a meeting to discuss China's modern art. Some displayed their work and talked about it. Others came to listen, drawn in part by headline speaker Ai Weiwei, the prominent visual artist and dissident.

Social events are the bread and butter of diplomacy, and embassies in Beijing began holding exhibits in the late 1980s when foreigners were the chief buyers of newly emerging Chinese modern art.

This meeting was different. Behind the speakers hung a striking portrait by artist Luo Jie of a face and neck entirely tied in ropes and wrapped in a bright red blindfold. The meaning, in a modern China that has maintained a powerful police state and heavy controls on free speech, was unmistakeable – as was the symbolism of displaying the work inside an embassy.

As Chinese authorities jail large numbers of activists and dissidents, foreign diplomatic missions have become among the few places inside China where people can voice their thoughts without fear of arrest, or worse. Inside embassy walls, artists can broach topics that would otherwise be considered dangerous in public, including the Tiananmen Square massacre and criticism of the Chinese political system.

"Although some issues can't be openly discussed in public, the embassies would like to provide a platform," said Zhu Qi, an independent curator and important critic of contemporary art in China.

Providing a haven for free speech is risky in China, which is in the midst of a campaign to root out Western influence and looks dimly on anything that appears like foreign meddling. To underscore the sensitivity, participants at the Canadian embassy event received warnings from Chinese authorities that future meetings at other embassies could be in jeopardy after The Globe and Mail began to make inquiries. A subsequent event planned by the Chinese Independent Artists Alliance at the Swiss embassy has yet to be confirmed.

China has taken an increasingly harsh stance against criticism in recent years, particularly under President Xi Jinping, who has been accused of overseeing the worst clampdown on free expression in 20 years. On Friday, a Beijing court sentenced Gao Yu, a prominent journalist, to seven years in prison for leaking state secrets. Her sentencing was held behind closed doors. Her lawyer said she was convicted for passing along Document No. 9, a secret 2013 Communist dictum that lashed out at Western concepts of democracy, human rights, civil society and journalism as dangerous to the Chinese state.

Dozens of other journalists are already in prison and incarceration of human-rights lawyers and activists is increasing. In March, five women's-rights campaigners were arrested, prompting an international outcry. They were released on bail this week; their activism had included calls for more public toilets for women.

"During the last two years of crackdown under President Xi Jinping, we've basically seen that sentencing for activists and dissidents has just become heavier and heavier," said Maya Wang, China researcher with Human Rights Watch. China has always had red lines that demarcate safe territory. Those lines have been contracting, she said.

"Artists are at the front lines as much as writers and journalists of feeling that tightening of space."

Du Xia, one of the artists who attended the Canadian embassy meeting, said the list of off-limits subjects is long: depictions of places such as Tiananmen Square and people such as Mao Zedong or Deng Xiaoping, as well as violence, pornography and "words or content against the party or socialism."

Many of those restrictions are long-standing. Newer is the way ideological changes and commercial pressures are leading to greater self-censorship. Following the global economic crisis, the Western market for Chinese art shrivelled, leaving artists dependent on wealthy Chinese – many of whom are either rich businessmen with lucrative government ties, or officials themselves.

For the artists, they "don't dare touch political issues or speak on political topics. Because once they do, many buyers won't touch their work. This is the reality," said Mr. Du, who was detained for the first time last year.

Authorities barred him from joining other artists at Beijing's Temple of Heaven, where they planned to pray, in the style of past emperors, for the city's smog to vanish. When police called him in, "I was worried that I would be disappeared," he said. Instead, he was questioned for seven hours before being let go.

The Chinese government has made other moves to limit expression, such as shutting down the Beijing Independent Film Festival last year. Large numbers of artists protested on social media by posting pictures of themselves closing their eyes as a symbol of censorship.

Last fall, Mr. Xi called on artists to reflect a "correct" understanding of Chinese history and culture in their work, saying their aim should be to "inspire minds, warm hearts, cultivate taste and clean up undesirable work styles."

China has entered a "new 1984," Mr. Zhu, the art critic, lamented in a scathing commentary on social media after the event at the Canadian embassy (it was quickly censored). China has the worst of both worlds, he said: a controlling political sphere and a nakedly capitalist economy, with all the inequalities that entails.

"The totality of this form of system controls each person's spirit and awareness, taste and thinking," he wrote.

Embassies offer only a partial respite, in part because they often will not host events that could put participants in jeopardy – and artists could be arrested for attending an event that authorities deem out-of-bounds. They also have their own high-wire act to play, since China is easily angered by challenges to its authority.

"There is some risk, but we see this as the demonstration and the pursuit of our values, to say that for us our freedom of expression is important," said Guy Saint-Jacques, the Canadian ambassador in Beijing. For artists, he added, "if they get to together outside of embassies, it's pretty sure that they would be arrested because the police would see this as them getting together to organize demonstrations or activities, and they would stop that. So we are probably one of the only venues."

"There is a general and greater reluctance over the years over raising issues of human rights," she said. 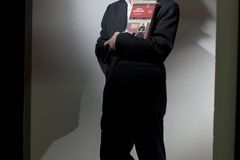 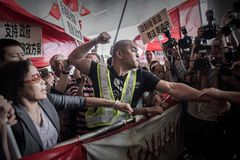 China frees women’s rights activists after month-long detention that sparked international outcry
April 14, 2015
Follow Nathan VanderKlippe on Twitter @nvanderklippe
Report an error Editorial code of conduct
Due to technical reasons, we have temporarily removed commenting from our articles. We hope to have this fixed soon. Thank you for your patience. If you are looking to give feedback on our new site, please send it along to feedback@globeandmail.com. If you want to write a letter to the editor, please forward to letters@globeandmail.com.
Comments