As European leaders headed home yesterday after their latest acrimonious summit, they left behind the tattered dream of a union that would be greater than the sum of its parts.

Their meeting ended with an agreement to take collective action to stave off the euro-area debt crisis that threatens to swamp them all.

Regulations to bolster fiscal discipline and restore confidence in the euro will not be enshrined in a treaty before March, according to EU leaders. But they hope that their show of unity, however reluctant or shaky, will quickly shore up market confidence in euro-denominated bonds.

Germany and France, the two biggest economies in the euro zone, were the driving force behind the move for greater EU fiscal regulation.

Just 23 of the 27 EU countries signed on outright to draft a new treaty binding them to a uniform regime of deficit controls and budget regulation. Only one country said no: Britain. Three more say they are open to the idea.

The splintered decision raised the obvious question of whether EU solidarity has been gutted for good.

At one post-summit news conference, a journalist jokingly wondered how many members the EU really has. Jerzy Buzek, the Polish president of the European Parliament, stumbled for an answer. "Certainly one member state wouldn't agree on further European integration," he said, but the others are in favour or might be.

All 17 countries that use the euro currency, signed on outright to draft a new treaty binding them to a uniform regime of deficit limits and budget monitoring.

So did another six countries that were on track to join the euro zone, most of them in Eastern Europe. The Czech Republic and Hungary, where antipathy to euro-meddling is strong, went along reluctantly.

Three others, including economically robust Sweden, which fears contamination from the euro-zone problems, conditionally accepted the fiscal compact although they have no plans to switch to the euro.

Britain, after failing to win an exception for its financial sector, refused to join at all. Prime Minister David Cameron, declaring his country would never adopt the euro, said he could not accept a treaty that might eventually give the EU power to regulate financial services.

The summit agreement also pledged up to €200-million in bilateral loans from EU countries to the International Monetary Fund for propping up the most debt-ridden countries, like Italy, in the euro zone.

Most European Union leaders, barely a year ago, shrank from the stigma of seeking IMF help to rescue Greece from default. But the back-to-back debt emergencies in the euro area have underscored the limitations of their own institutions such as the European Central Bank.

German Chancellor Angela Merkel, for example, said the "root cause" of the euro zone's problems date back 20 years to when the monetary union was first conceived without any mechanism to force governments to balance their budgets. "There were mistakes," she said. "The instruments were not developed enough."

The common currency was once regarded as the EU's crowning glory, one of the essential building blocks to creating a borderless Europe that would pack a powerful economic and political punch in the world.

The adoption of the Lisbon Treaty in 2009, which gave new power to the elected European Parliament, was meant to advance that vision by giving the union a permanent president and foreign affairs chief.

It was signed with great fanfare and called the beginning of a new era of closer integration.

But it had taken EU governments a full eight years to persuade their publics and their parliaments to ratify the treaty. The mixed results of this week's euro-zone summit underscored the ambivalence that still permeates European attitudes toward closer integration.

Germany and France failed to get support for reopening the treaty and amending it to include new fiscal controls, an option that many EU leaders feared would require a new round of bitterly contested votes in their parliaments or by referendum.

Instead, they settled for creating a new treaty, one that will not involve all EU members and one adopted in emergency mode. Integration seemed even more distant. "It is unfortunate that we missed that chance to have a full-fledged treaty change," said Herman Van Rompuy, the EU president. "But this being said, we will make the best of it." 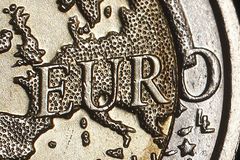 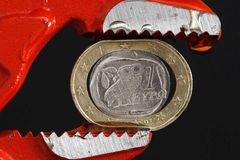