In a united Europe, Henry Kissinger asked, who do you call for answers and action?

If taking into account the elections of the European Parliament, as the last EU reform recommends, then Europe's national leaders will likely name Jean-Claude Juncker as president of the European Commission later this fall. Mr. Juncker's centre-right European People's Party (EPP) won the largest bloc of seats in the EU parliamentary elections.

The elections, that spanned three days, represent the biggest exercise in multi-national democracy in the world. This year's campaign included a series of debates, broadcast on 49 television channels throughout Europe, in which the Spitzenkandidaten – the parties' "lead candidates" – discussed jobs, immigration and EU powers.

The success of Euroskeptic parties in the United Kingdom, Greece, Denmark and in France (where the far right National Front polled first) raises natural concerns. But the protest vote probably has more to do with national discontents than the direction of Europe. Pundits will debate its affect on the Scottish referendum this fall.

What is clear is that the majority of European voters cast their ballots not for the extremes but for those who favour European integration whether EPP, socialist, Green or liberal.

The centre-right and centre-left socialist parties remain the two largest parties, holding over 400 seats in the 751 member European Parliament.

Laws are produced by the European Commission (the executive branch) but Parliament has the right to amend, reject or approve these laws, including, for example, the Canada Europe Trade Agreement (if we can ever finish negotiations).

Calamitous wars in the first half of the twentieth century created collateral damage for the rest of the world as the European war graves of tens of thousands of Canadians demonstrate so movingly. Leadership in France, Germany, Italy, Belgium, Netherlands, and Luxembourg determined to turn swords into ploughshares or, more precisely, coal into steel.

Then French Foreign Minister Robert Schuman presciently observed of the 1951 Paris accord that "Europe will not be made all at once, or according to a single plan. It will be built through concrete achievements which first create a de facto solidarity."

Gradualism has created a European Union that now embraces over 500 million people in 28 countries.

A price of Mr. Schuman's gradualism is a complex and often cacophonous EU governance that helped inspire Mr. Kissinger's question of who to call. There is confusion, understandable, as between the European Council and the Council of Europe or the Parliamentary Assembly and European Parliament.

Then there are the presidents: one each for the European Parliament, European Council, European Commission as well as the presidency of the EU Council. Supporting them are seven institutions, 40 agencies and, in Brussels, over 50,000 bureaucrats.

Europe has problems. The recovery from the financial crisis is incomplete. There are growing gulfs between rich and poor and inequities between northern and southern Europe. There is the demographic deficit – not enough babies and an aging population.

The Ukrainian crisis and Russian aggression in Crimea has focused attention on European security. A EU common defence arrangement is still more farce than force. The EU can technically call on 1.5 million men and women at arms but its expeditionary capacity is marginal. NATO is still the default with the United States carrying most of the cost.

The European experiment has lifted millions of Europeans from poverty and authoritarianism. Africans risk their lives daily crossing the Mediterranean seeking the European lifestyle. Ukrainians took to Maidan Square for closer links to Europe.

A generation of millennials is growing up European.

European passports and programs like Erasmus allow them to work and study throughout the EU.

Then there is Germany.

Successive German leaders, from Konrad Adenauer to Angela Merkel, are realizing Thomas Mann's dream of a "European Germany" not a "German Europe." Remembrance and atonement for the past is now part of its DNA. A tour of the Reichstag dome is both lesson and celebration of democracy. The foundations of Germany's political parties – called stiftung – promote democracy abroad; this is something Canada could emulate.

Despite the gravest economic crisis in generations, European voters favoured integration over disintegration. By any comparison in European history the Schuman vision of a federal union is succeeding. The European idea is still more Ode to Joy than Sonata Pathétique.

A former diplomat, Colin Robertson is vice-president of the Canadian Defence and Foreign Affairs Institute and a senior adviser to McKenna, Long and Aldridge LLP 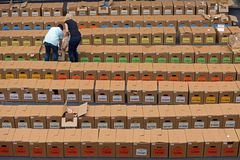 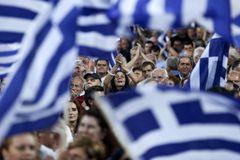