But small-ball advocates, those who prefer hitting singles, taking walks, anything to get on base and advance a runner, rather than swinging for the fences with high-risk, high-reward home runs, would recognize the Obama Doctrine, the underlying theme of his foreign policy.

"You asked about an Obama Doctrine," the President told New York Times columnist Thomas Friedman in a Saturday interview during which Mr. Obama defended and explained the breakthrough, and very controversial, nuclear-limitation deal with Iran. "The doctrine is: We will engage, but we preserve all our capabilities."

Mr. Obama didn't come to the Oval Office as a small-ball devotee. The foreign-policy goals he set out six years ago were big. He would end the "wrong" war, the one in Iraq, and win the good one, the one in Afghanistan. And he had other lofty goals. "With old friends and former foes, we'll work tirelessly to lessen the nuclear threat, and roll back the spectre of a warming planet," he said in his first inaugural address in 2009.

Like most presidents, the grinding reality of dealing with tough, sometimes intractable problems, has made Mr. Obama more of a pragmatist.

Pulling all U.S. troops out of Iraq didn't end the war. In fact, it may have been hastily premature, allowing sectarian fissures to reopen and create the conditions leading to the rise of extremist group the Islamic State. U.S. boots are back on the ground – only thousands this time, not hundreds of thousands – and U.S. warplanes are bombing again in Iraq as well as Syria. But it's small ball, compared to the 2003 invasion. Just as deciding to leave more U.S. troops for longer in Afghanistan is small ball.

"I want the American people to understand how this effort will be different from the wars in Iraq and Afghanistan. It will not involve American combat troops fighting on foreign soil," Mr. Obama said last fall as he sent U.S. special forces and warplanes back into the fray in Iraq against the Islamic State, also known as ISIL.

"This counterterrorism campaign will be waged through a steady, relentless effort to take out ISIL wherever they exist using our air power and our support for partner forces on the ground. This strategy of taking out terrorists who threaten us, while supporting partners on the front lines, is one that we have successfully pursued in Yemen and Somalia for years."

Pointing to Yemen as a success seems a stretch now, a few seven months later, with the country engulfed by war and Iranian-backed militias on the verge of winning.

Just as he offered an open hand to Tehran's ruling theocracy if it would unclench its fist after three decades of bitter hostility between the United States and Iran, Mr. Obama has sought to end isolation and seek engagement with other regimes long shunned by Washington.

Overtures to Myanmar and Cuba, hardly foreign-policy home runs, have, in the President's view, been worth the risk.

"We are powerful enough to be able to test these propositions without putting ourselves at risk," Mr. Obama said Saturday. "And that's the thing … take a country like Cuba. For us to test the possibility that engagement leads to a better outcome for the Cuban people, there aren't that many risks for us. It's a tiny little country."

Even dealing with Iran – far bigger and a major regional power in the Middle East – poses easily manageable risk, Mr. Obama said, although he acknowledges that the risk looms far larger for Israel.

Iran is "a larger country, a dangerous country," Mr. Obama said, "but the truth of the matter is, Iran's defence budget is $30-billion [U.S.]. Our defence budget is closer to $600-billion. Iran understands that they cannot fight us."

Engagement without overreach or too much risk. Singles, not home runs.

While it hardly has the cachet of "speak softly and carry a big stick," the phrase that became famous as defining Theodore Roosevelt's foreign policy at the dawn of the 20th century, Mr. Obama's preference for smaller bats may be more suited to the sole remaining superpower's role in the 21st century.

Tellingly, Mr. Obama said the strategic stakes for the United States in the Middle East have changed, making the risk of dealing directly with Iran worthwhile. Even if the framework deal collapses, the risk was still worth taking, the President said.

"At this point, the U.S.'s core interests in the region are not oil, are not territorial. … Our core interests are that everybody is living in peace, that it is orderly, that our allies are not being attacked, that children are not having barrel bombs dropped on them, that massive displacements aren't taking place," Mr. Obama said.

"Our interests in this sense are really just making sure that the region is working. And if it's working well, then we'll do fine."

Iran nuclear deal: Not perfect, but better than the alternatives
April 6, 2015 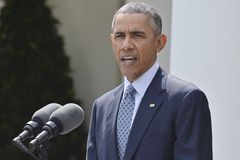 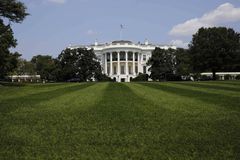