For most Canadians, it's hard to wrap our minds around paying for health care or worrying about being covered by health insurance.

But that's what it's like in the United States. When the U.S. Supreme Court last week upheld President Barack Obama's health-care reform, we asked Canadians living in the U.S. to tell us what bills they had and how their communities reacted to the health-insurance mandate.

This is part of our U.S. Election 2012:Canadians in America series - expats talking about life and politics south of the border.

My wife cried... but that happy kind of crying. We have great insurance, but we've gone for periods where we couldn't afford it so we've got some empathy for those without. Yes, it looks like a stupid debate from the outside – basic human right and all – but from down here, making any progress on social issues given the resistance by some on the right is tough.

I am excited on a personal level, as my partner is under 26 years of age. This means she can continue to be under her mother's health insurance until she finds work that will provide her with insurance. That in and of itself is a huge relief for us. Her mother is a die-hard Republican and considers the Act to be "theft" that will "hurt the middle class." It is a strange debate to witness because even though she is happy for her own daughter to benefit from this Act, it doesn't occur to her that her desire to overthrow it would mean that her daughter would again go without health insurance.

Chalk it up to bad luck or bad genes, but for whatever reason my family seems to use the health care system. When I arrived in the United States in 2001, I started to look for health insurance. Imagine my shock when I was told it would be thousands of dollar per month with a huge deductible to cover myself and my two children.

I swallowed my disbelief, dug up the cash and signed on. Thank God, as it was shortly after that my daughter, then 11, started having grand mal seizures. The diagnosis was epilepsy. The MRI cost $1,500, the EKG another thousand and then there were the monthly medications...

On a professional level, although I'm happy the act stood, it's not enough. I feel strongly that the only successful way is with a one-payer system. I work in medical practice where I do all the billing and deal with the insurance companies on a daily basis. Insurance companies are private companies who are only, in the end, interested in their bottom line. People come second, if that.

Interestingly, many members of the military community seem upset, which is strange to me because they basically have the exact same system Canada has. I have honestly noticed zero difference between the military health-care system and Canada. You get your basic quality care, there are referral and wait times, the hospitals are nothing fancy and everyone complains about it because it costs nothing.

Talking to both Republicans and Democrats in my circle, everyone seems to have a horror story around medical insurance. My friend's 93-year-old mother, with Medicare and additional insurance ($500 a month), had a minor operation months ago and is still trying to interpret and pay all the additional medical bills. I'm not sure the new law will change this.

My coworker's dad was diagnosed with terminal cancer in November of last year. He retired a decade ago, and is currently dependent on social security and Medicare. He can barely keep food down, and sleeps propped up on the couch because lying down completely hurts him too much.

One of the only things that makes his life easier is going down to the beach house that he and his wife bought a few years ago when property values were literally next to nothing. They bought the house intending to sell their primary residence and retire there.

They've had to pull their primary residence off of the market because the wife can't afford to move – she's two years short of qualifying for Medicare, and could not begin to think about buying private insurance for herself. She's had to stay where her job is, even though they could live quite comfortably off of their retirement funds. Can you imagine that happening in Canada? Hopefully with the Affordable Care Act they'll be able to initiate the move much sooner than they'd otherwise be able to, and he'll get to spend more time at the beach.

Here in Utah it was a very unpopular decision. Utah is very Republican but has stronger libertarian views than one might think. The overall consensus among libertarians and, to a lesser extent conservatives, is that it's not so much a matter of dollar figures but a matter of personal freedom. It's important for Canadians to understand though that this was not a matter of the old American private health care system vs. a Canadian-style universal system. Obamacare mandates that individuals purchase health insurance, and fines (or taxes?) those that do not comply.

Some quotes have been edited and condensed. 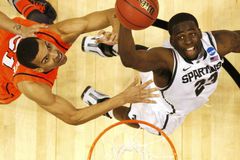 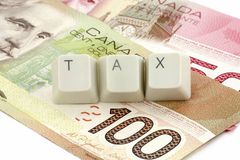 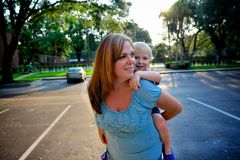 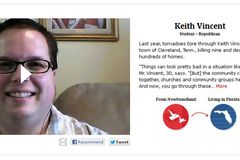