The Ebola Zaire outbreak in West Africa has infected nearly 1,850 people in four countries, resulting in more than 1,000 deaths, according to the World Health Organization. Ebola outbreaks have a case fatality rate of up to 90 per cent, with this specific strain of Zaire ebolavirus fatal in 64 per cent of cases.

It is the most severe Ebola outbreak in recorded history and has prompted the use of experimental drugs to combat the potentially fatal virus, one of which is called ZMapp.

ZMapp is an unlicensed drug that is partially the product of Canadian research. It is a cocktail made up of three disease-fighting proteins that target a specific gene of an invading pathogen such as the Zaire ebolavirus strain and prevents it from entering a cell.

Two of the proteins produced for ZMapp are the result of research that was headed by Dr. Gary Kobinger at the Public Health Agency of Canada's Winnipeg-based National Microbiology Laboratory, while the third was developed at the U.S. Army Medical Research Institute of Infectious Diseases (USAMRIID).

It is used to treat patients who contracted the virus and is not a vaccine that prevents contracting the virus.

It is generated in tobacco plants that have been genetically engineered to produce the monoclonal antibodies and is said to incorporate the best components of the Canadian and U.S. antibodies.

How does ZMapp work?

The ZMapp proteins are meant to attack the Ebola virus by binding it and preventing it from spreading. The engineered antibodies are also supposed to facilitate the body's other cells to recognize that the antigen it is fighting is foreign, which should destroy the virus.

"When they bind the virus they prevent the virus from entering cells and multiplying in those cells, which is what the virus needs to do to survive and multiply," said Dr. Allison McGeer, the director of infection control at Mount Sinai, adding that they also help your body to destroy the virus. "Your body is better able to recognize a virus that is bound to an antibody than it is to recognize just a virus."

Researchers zoned in on the specific ZMapp antibodies because studies of the Ebola virus led them to believe that the antibodies were most likely to bind the virus and therefore prevent its spread throughout a host.

Laboratory tests on primates show the treatment is effective, but without clinical trials there's no way to know for sure whether ZMapp is as effective in humans. 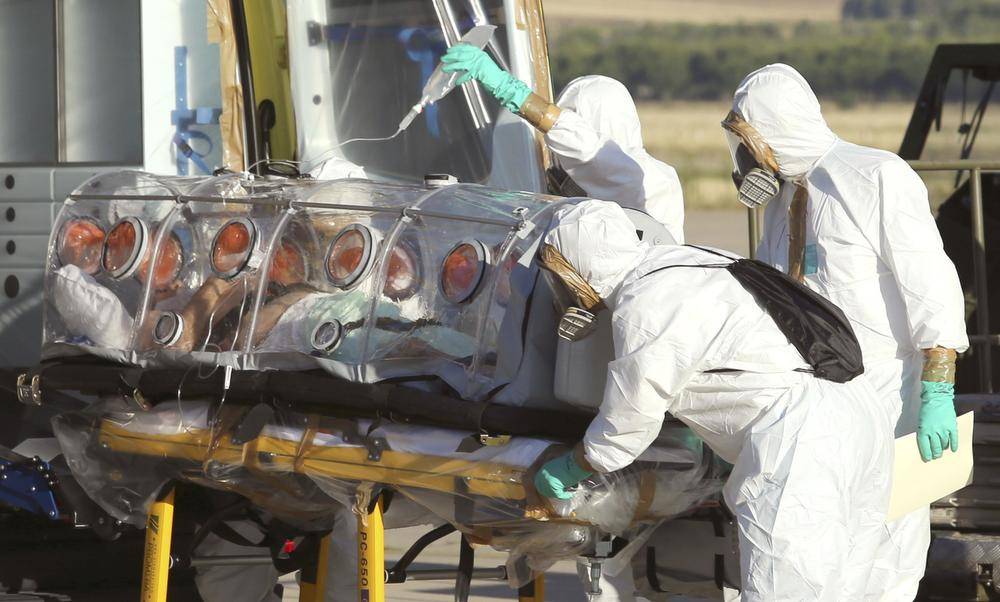 aid workers and doctors transfer Miguel Pajares, a Spanish priest who was infected with the Ebola virus while working in Liberia, from a plane to an ambulance as he leaves the Torrejon de Ardoz military airbase, near Madrid, Spain. (AP)

Research into a drug that combats the potentially fatal virus has been under way for a decade and some of the drugs that have been developed to combat Ebola have shown promising results in laboratories, according to WHO. However, none have been evaluated for safety and efficacy in human beings.

To date, ZMapp and other Ebola-fighting drugs have only been tested on non-human primates, the results of which appear to be promising. ZMapp has been used to treat two infected American missionaries and a Spanish priest. On Aug. 11, the Associated Press reported the Spaniard had died.

However, the scope and severity of the current Ebola outbreak has "prompted calls to use investigational medical interventions to try to save the lives of patients and to curb the epidemic," according to the WHO.

In response to these calls for help, the WHO gathered a panel of 12 advisers and four resource persons, consisting of mostly doctors and professors, on Aug. 11 to discuss and assess the ethical implications of using an untested drug on humans suffering from Ebola.

According to the WHO, the panel concluded that "it is ethical to offer unproven interventions with as yet unknown efficacy and adverse effects, as potential treatment or prevention."

More on Ebola virus and the 2014 outbreak

Fighting the Ebola outbreak in Sierra Leone: WHO

With Files from The Canadian Press, The Associated Press and Reuters