Britain is facing its worst string of terrorist attacks in 30 years and experts say the country should brace for even more mayhem.

"Unfortunately, it's becoming the new normal," said Sajjan Gohel, the international security director at the London-based Asia-Pacific Foundation. "I hate to use that terminology but that is what it is, it is part of our lives, where these incidents will suddenly, spontaneously happen."

The latest attack came on Friday when a bomb exploded in a busy London underground station at 8:20 a.m., just as the morning rush hour was winding down. No one died and officials said 29 people suffered minor injuries, including burns. There are reports the device had a timer and that it failed to properly detonate, suggesting the incident could have been far worse. Video images showed a white bucket burning in a subway car as people frantically tried to get out of the Parsons Green underground station.

Police quickly labelled the incident a terrorist attack and said the device was an improvised explosive. However, no arrests have been made, raising fears that the bomber could strike again. "There are many urgent inquiries ongoing with hundreds of detectives involved, looking at CCTV, carrying out forensic work and speaking to witnesses," said assistant police commissioner Mark Rowley, who heads the national counter-terrorism policing. "Today, and over the weekend, the public can expect to see a heightened police presence, particularly in crowded places and at transport hubs."

The Islamic State militant group claimed responsibility for the blast through its news agency, Amaq. It was impossible to verify the claim, for which Amaq offered no evidence. Western intelligence officials have questioned similar claims in the past, saying that while Islamic State's jihadist ideology may have inspired some attackers, there is little evidence that it has orchestrated attacks.

This is the fifth terrorist incident this year in Britain, with four occurring in London alone. A total of 36 people have been killed in the attacks and more than 200 injured. The country hasn't seen this level of terrorist-related violence since the IRA bombings in the 1970s.

"It is particularly unusual," said David Videcette, a former London police detective who is now a security consultant. "If you look across Europe at the number of plots, the number of attacks, we haven't seen anything like this at all since the late 1980s and early 1990s."

Many people were injured in the chaos after the Parsons Green explosion as hundreds of commuters ran out of the station. "We just heard the loudest, scariest screams from what sounded like the carriage right next to us and loud men shouting run and we just all ran for our lives," Emma Stevie told the BBC.

"I heard a boom, and when I looked, there were flames all around," said Sylvain Pennec, who also told the BBC that he had seen the bucket. "It looked like a bucket of mayonnaise. I'm not sure if it was a chemical reaction or something else, but it looked homemade."

Late Friday, Prime Minister Theresa May raised the national threat level to critical and ordered soldiers to patrol with police in some areas. "The public will see more armed police on the transport network and on our streets providing extra protection," she said. This is the second time this year that the threat level has been raised to its highest level. The government took similar action for a brief period after a suicide bombing in Manchester in May.

"The threat of terrorism that we face is severe. But by working together we will defeat them," Ms. May said earlier Friday. "We do need to ensure that we are dealing with, not just the terrorist threat but with the extremism and the hate that can actually incite that terrorism. That's why we are looking very carefully at the powers that our police and security service have to make sure they have the powers they need."

Dr. Gohel said much of this year's terrorism activity can be traced to the fight against the Islamic State, also known as ISIS, in Iraq and Syria. "As the terrorist group continues to lose territory in Iraq and Syria, it is encouraging its followers wherever they are in the world to carry out attacks," he said. "France experienced this a few years ago, Germany and Belgium last year, now it seems that it's the U.K.'s turn this year."

Complicating the problem for security agencies is that most of the terror attacks in Britain have been carried out by people unknown to officials. However, Dr. Gohel doubts any of the attackers were truly lone wolves acting on their own. "What we are seeing more often is that we will initially describe an attacker as a lone actor but then discover it to be what I call 'assisted terrorism,' in that the individual will have communicated with ISIS handlers and recruiters online … It's a kind of online recruitment and guidance that is proliferating."

The scope of the challenge was illustrated this week when the Home Office released figures showing that police across the country had made 379 terrorism-related arrests in the 12 months ending June 30. That was the highest annual total since the government began keeping records in 2001. And it was 68-per-cent higher than the total number of terrorism-related arrests during the same period in the previous year. Police and intelligence services have 500 terrorism-related investigations under way involving around 3,000 people. They also have a database of roughly 20,000 former "subjects of interest."

There have also been fears of a surge in far-right extremism. One of the terror attacks this year involved a man who drove his car into a crowd of people outside a London mosque. The man shouted, "I want to kill all Muslims" before he was apprehended by the crowd and turned over to police. One person died. And last week, two British soldiers and another man were arrested for belonging to a banned neo-Nazi organization.

The government has come under criticism for cutting police budgets in recent years, something critics say has made the country less safe. Ms. May has insisted counterterrorism efforts have not been compromised and police budgets have been protected. "We also protected counter-terrorism policing and we have ensured that it is possible for the police to increase the number of armed police," she said Friday. She has also taken aim at Internet companies and urged them to do more to combat the spread of terrorist propaganda on social media.

Ms. May took U.S. President Donald Trump to task for his early morning tweets, which included what appeared to be barb aimed at law enforcement. Mr. Trump called the explosion another attack "by a loser terrorist," adding "these are sick and demented people who were in the sights of Scotland Yard. Must be proactive!"

When asked about the comments, Ms. May said: "I never think it's helpful for anybody to speculate on what is an ongoing investigation."

Friday's attack brought back memories of July, 2005, when suicide bombers carried out co-ordinated attacks on the London underground that killed 52 people. "There is not a lot we can do about the underground," Mr. Videcette said. "People do need to be vigilant, they do need to see people reaching into bags and keep an eye on them and challenge them. Do something about it. You are you own health and safety officer."

With a file from The Associated Press and Reuters 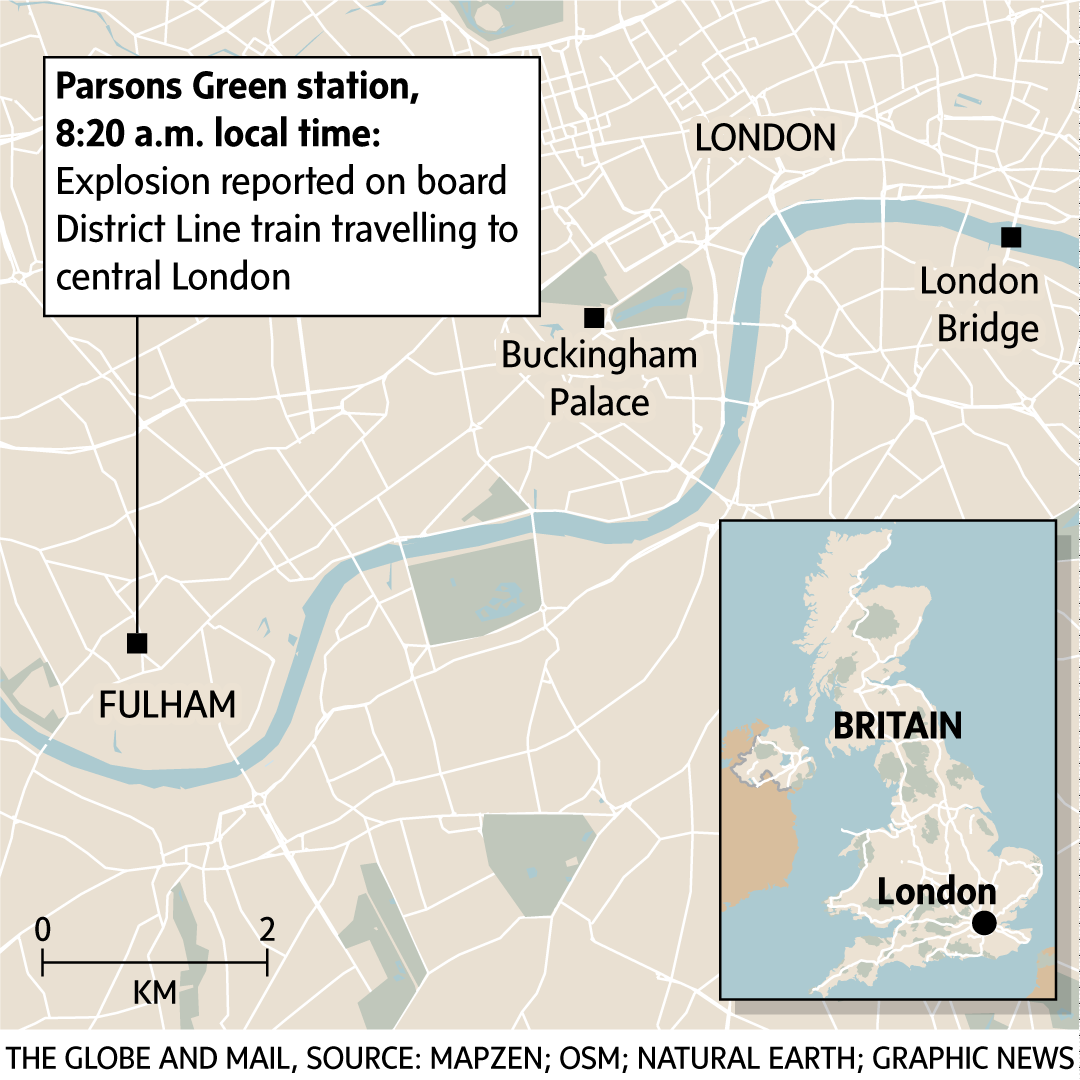 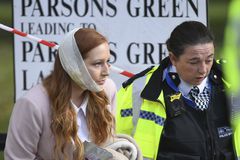 U.K. PM May rebukes Trump over tweet on London police after bombing
September 15, 2017 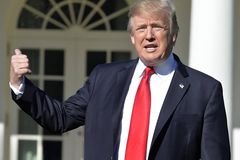