Canadian journalist Mohamed Fahmy won a small victory in a Cairo court on Tuesday, as a technical committee charged with investigating evidence told the judge that videos collected by security officials were raw footage that had not been edited by the Al Jazeera English bureau chief and his colleagues.

"Today was a make or break [day]," said Mr. Fahmy outside the courtroom in Cairo's notorious Tora prison, where he spent more than a year in jail on terror-related charges until being released on bail in February. "It was a victory."

As the prolonged retrial of the award-winning journalist and his colleagues trudges on, the admission by a court-appointed committee that the three men had not manipulated footage has raised hopes that their exoneration is drawing near. And as the focus shifts towards allegations of technical violations, Mr. Fahmy has stepped up his criticism of the Qatari-owned Jazeera network for what he calls "epic negligence."

The committee, which was set up last month after prosecution witnesses could not remember any specifics surrounding the evidence when questioned by defence lawyers and the judge, presented a 280-page report in court, telling Judge Hassan Farid that the footage had not been edited and that they could not prove any of the footage was ever aired.

"One of the main reasons why we are in the cage is because the first technical committee stated that there [were] fabrication and additions that changed the reality and content of the reports and endangered national security," said Mr. Fahmy, who was sentenced to seven years in prison last June on charges of conspiring with a terrorist organization – the now-banned Muslim Brotherhood – to broadcast false news.

The initial conviction of Mr. Fahmy and his colleagues – Australian Peter Greste, who has since been deported, and Egyptian Baher Mohamed – was partially based on irrelevant evidence that included Mr. Greste's Peabody award-winning BBC documentary on Somali bandits, family photos and footage of grazing sheep – triggered an international backlash against the Egyptian government for its crackdown on media.

"Baher and I were giving each other high-fives in the cage," said Mr. Fahmy, of hearing the committee's findings in court while he was locked in a soundproof cage.

During the session, lawyers also presented the judge with evidence that the two were legally registered as journalists, Mr. Fahmy from his time working for CNN and Mr. Mohamed for Japanese newspaper, the Asahi Shimbun.

"I believe, and all the lawyers believe, that [the judge] may clear us of the terrorism charges and the fabrication charges, especially after today. And he may try to find us guilty of technical issues like the transmission licence, the broadcast licence, not being registered in the press centre," Mr. Fahmy said outside the court.

Under Egyptian penal code, charges of technical violations carry a less severe punishment and time served in prison could be applied towards any sentence. Mr. Fahmy said he did not believe the judge would sentence the journalists to a time longer that what they have already served and said Al Jazeera should be held accountable for such charges, not the journalists.

"[Al Jazeera] has to be accountable for that, and for many other mistakes and for misleading us, and for epic negligence," said Mr. Fahmy, turning "And if they don't step up to this responsibility, I will make sure they do."

Mr. Fahmy unleashed a new wave of criticism against the Qatari-owned Al Jazeera network. He accused it after the trial, he again voiced anger after the trial that the network broadcast allowed translated reports from Al Jazeera English – where the three journalists work – to run on Al Jazeera Mubasher Misr, the network's Arabic-language Egyptian affiliate, despite his warnings to management in Doha that the move posed a grave security risk. Al Jazeera Mubasher Misr has been demonized in Egyptian state and private media for its perceived bias toward the Muslim Brotherhood.

Mr. Fahmy said that while he was grateful for the network's effort to lobby for support outside Egypt with an international campaign calling for their release, they made no attempt to sway Egyptian authorities. As the original trial was still ongoing, the network filed a $150-million (U.S.) compensation claim against the Egyptian government and warned it would take the country to international court if no settlement was reached, a move Mr. Fahmy says also stoked tensions.

Al Jazeera has denied Mr. Fahmy's allegations and said his criticism came as a result of being under duress from the trial.

This week, judge Hassan Farid appeared to acknowledge Mr. Fahmy worked separately was separate from the network's Egyptian stationAl Jazeera Mubasher Misr, after being accused of working for the Egyptian affiliate station in the first trial. Relieved with the differentiation, Mr. Fahmy said he had Naguib Sawiris to thank, a powerful billionaire telecom tycoon from the country's ruling elite who testified in court last week, explaining the separation, as well as vouching that the journalist was never a member of the now-banned Islamist group.

As Mr. Fahmy and his colleague expressed contentment after the proceedings, having already been sentenced to harsh sentences in a verdict that sent shock waves around the globe, they were cautious with celebrations.

"Today was a victory, I am happy with it, but I still don't expect anything from the court," said Baher Mohamed, Mr. Fahmy's Egyptian co-defendant, a father of three who missed the birth of his youngest child while imprisoned last year. The stakes in the retrial are even higher for Mr. Mohamed, who received the lengthiest sentence in the previous trial, because he holds only Egyptian citizenship and unlike Mr. Fahmy has no possibility of deportation should they be convicted.

And at the request of the prosecution, the evidence from the technical committee's report will be further discussed in the next trial.

"Canada continues to call for the immediate and full release of Mohamed Fahmy. Canada advocates for the same treatment of Mr. Fahmy as other foreign nationals have received," said John Babcock, spokesperson for Foreign Affairs, Trade and Development, in response to what steps Canada would take and should Mr. Fahmy be convicted on technical charges and sentenced to further further jail and if it would press for his deportation.

Mr. Fahmy, who previously worked for CNN, the Los Angeles Times and the New York Times, spent more than 400 days in an Egyptian cell after his arrest in Dec. 2013 during the raid on Al Jazeera's makeshift studio set up in Cairo's Marriott Hotel, including one month in a solitary confinement cell he described as infested with insects. He was denied sufficient medical treatment for an injured shoulder and was left permanently disabled as a result. 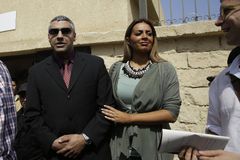 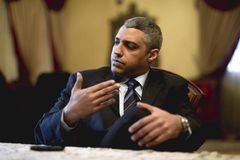 Book by Fahmy on his arrest in Egypt due this fall, publisher says
April 10, 2015