When Gavin Short cast his vote in a referendum on the future of the Falkland Islands on Monday, he was doing more than expressing a desire for them to remain British. He wanted to send a blunt message to Argentina.

"We will never, ever give an inch," Mr. Short said from his home in Stanley, where he works for a telecommunications company and serves as a member of the Falkland assembly. "We don't want to be Argentine. We don't want to be Chinese or American or anything. We're Falkland Islanders and that's the way it is going to stay."

That defiance set the tone for a historic referendum on the islands, which ended Monday with the tiny population voting a resounding "Yes" to maintaining the Falklands' political status as an overseas territory of Britain.

Of 1,517 votes cast in the two-day referendum, 1,513 were in favour of keeping the current status, while just three votes were against. There was a turnout of more than 90 per cent from 1,672 British citizens eligible to vote in a population of about 2,900.

The result was never in doubt and even some locals said the referendum was more about public relations.

"It's a case of PR if I'm really honest with you," said Lisa Watson, who manages the local newspaper, Penguin News, and whose family has lived on the islands for more than 150 years. "It's getting a message out there to those people who are a little confused about what the Falkland Islands are all about and who the people are and what they want."

Technically, the vote means little and it has been resoundingly rejected by Argentina, which claims the islands and calls them Las Malvinas. "They are British. We respect their way of life, their identity. We respect that they want to continue being British, but the territory they inhabit is not British," Argentina's ambassador to Britain, Alicia Castro, told a radio station in Buenos Aires.

But the referendum has increased the already heated rhetoric over the future of the archipelago, located roughly 480 kilometres off the coast of Argentina. In recent weeks, politicians from both countries have inflamed tensions that had largely been dormant since 1982 when British forces drove out Argentine troops in a two-month war.

On the surface there seems little to fight over. The two Falkland islands are inhabited by roughly 3,000 people, 700,000 sheep and about one million penguins. But in recent years oil has been discovered in waters around the islands and some companies have already begun drilling.

In January, Argentine President Cristina Fernandez, who has pursued an intensely nationalist agenda since coming to office in 2007, published an open letter to British Prime Minister David Cameron in a London newspaper calling on Britain to begin negotiations to hand over the islands. "Argentina was forcibly stripped of the Malvinas Islands," in 1833, she wrote, adding that the British expulsion of Argentines on the islands at that time was a "blatant exercise of 19th-century colonialism." Argentina has also begun stopping some cruise ships from docking in the country's ports if they have visited the Falklands.

British Prime Minister David Cameron has rebuffed Ms. Fernandez's comments and made it clear Britain was prepared to go to war again to defend its sovereignty over the territory. "The future of the Falkland Islands should be determined by the Falkland Islanders themselves, the people who live there," he said in response to Ms. Fernandez's letter. "Whenever they have been asked their opinion, they say they want to maintain their current status with the United Kingdom."

Mr. Short said islanders had been thinking about holding a referendum for years, but the local government decided to do it now because of the rising tensions. "When Argentina started ratcheting up the pressure again, that's when we decided to, as it were, hit the 'Go' button and ask our people exactly what they do think and what they do want," he said.

There was no official 'Yes' or 'No' campaign and the election took on more of a party-like atmosphere, with a makeshift parade through Stanley over the weekend and locals waving British flags. "I think even the Argentines who live over here probably don't want to be integrated with the land they came from," Mr. Short said, referring to the roughly 20 people from Argentina who live on the Falklands.

He added that, aside from defence, the island is largely self-sufficient and manages its own affairs. The oil discovery "has upped the ante," he said. adding that Argentina's recent actions have only hardened local opinion. "Even if they suddenly had a change of heart and wanted to become the most wonderful neighbours in the world and dropped their claim, it would be years and years before we would trust them." 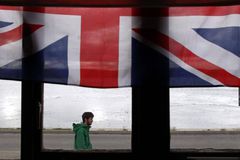 FROM THE 1982 ARCHIVES The Falklands Crisis: Essential question still unanswered
May 11, 2018 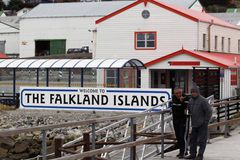 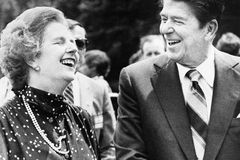 The Falklanders will speak clearly
May 11, 2018 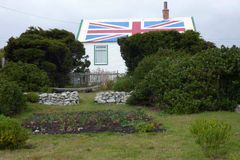 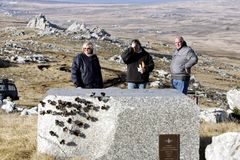