By day, before the government curfew chases everyone inside, this bustling port town on the western coast of Myanmar appears eerily normal and ominously empty.

Since a spasm of deadly sectarian violence in June, the city's Muslims – estimated at 40 to 50 per cent of the population – are nowhere to be seen. The biggest Muslim-majority neighbourhood, Narzi, is deserted. The conflict has driven some 100,000 Rohingya, a Muslim minority long reviled in mostly Buddhist Myanmar, into crude refugee camps or hiding.

The plight of the long-persecuted and stateless Rohingya is likely to intrude on an otherwise triumphant visit to the United States by Myanmar's opposition leader and democracy icon, Aung San Suu Kyi. She has remained silent in the face of pressure from Britain, the United Nations and human rights groups to support their demand for citizenship.

The Rohingya issue will also shadow Myanmar President Thein Sein, who will make his debut at the UN General Assembly later this month. While his fledgling political reforms have prompted many western nations to ease their sanctions on Myanmar, his recent call for the Rohnigya to be expelled en masse to another country drew international condemnation.

Some 800,000 Rohingya live among two million Rakhine Buddhists in Arakan state and its capital, Sittwe, and periodic outbreaks of violence have erupted for decades. The government has now allowed some journalists there in recent weeks, in an apparent desire to show a certain openness to the world. The scars of the ethnic hatred were visible in a visit last month.

The latest clash was triggered by the reported rape and killing of a Buddhist girl in late May. Three Muslim men were detained and a week later, a Rakhine mob set upon a bus and killed 10 Muslim passengers. Soon Buddhist and Rohingya mobs went on a rampage of retaliatory killing and burning of each other's homes, sending thousands of each group fleeing for refuge.

Human Rights Watch, which investigated the clashes, said the security forces – mostly Rakhine – did not intervene at the outset of the violence on behalf of either group, and then participated, committing killings, rapes and mass arrests of Rohingya.

Refugees on both sides confirmed that account in interviews.

Thoung Ngwe, a 45-year-old Rakhine woman living in the Budawmaw monastery refugee camp, said that when a group of Rohingyas attacked her neighbourhood, residents called the police, but they arrived only after five hours when the clashes were over and 70 seventy houses had been destroyed.

In the Tat Kal Pyin camp for Rohingya refugees, a man from Dwa Myaung village said, "the [Rakhine] and the Buddhist monks tried to set fire to the Muslim houses in my village. Then the Muslim community tried to stop the fire and the police forces started to shoot at the Muslims, so it was impossible for them to stop the fire." The man, 34, had worked for a French non-profit group and was afraid to be identified by name.

The government eventually sent in troops to separate the communities and prevent renewed violence. But they are not merely separated: the Muslim population is caged into specific areas – refugee camps outside the city and confined to small ghetto-like quarters heavily guarded by the police and the army – while the Arakanese can move freely.

Those "Muslim quarters" were closed to foreigners. But some residents reached by phone said they were essentially prisoners, forced to buy food from the policemen guarding them at as much as 10 times the market price.

"This is not a religious conflict," said Lieutenant Colonel Myo Min Aung, a stout man in his 30s in charge of the security force sent to Arakan. "This conflict was created by foreign extremists."

It is a view that has widespread currency among the Buddhist population in Arakan and across Myanmar, where the Rohingya are often described as foreigners. While 135 minority groups are legally recognized as citizens, a 1982 law excluded the Rohingya.

A handful of prominent figures have supported them since the clashes. Ashin Gambira, a Buddhist monk and pro-democracy leader of the 2007 Saffron revolution, recently publicly condemned racism against Rohingya. But they are a distinct minority: two weeks ago, hundreds of Buddhist monks demonstrated for days in support of the President's suggestion to deport the Rohingya.

Ms. Suu Kyi has kept silent on the issue, which arose repeatedly during her recent European tour, except to say that she does not know whether the Rohingya should be considered citizens or not. But U Win Tin, a founding member and leader of her political movement, was more direct. In an interview, he dismissed the Rohingya as "illegal immigrants" whose "human rights" should be respected but who should nevertheless be "contained" in camps.

The crisis in Arakan state opened a rift for the first time between a large part of the democratic opposition in Myanmar and their supporters abroad.

The Rohingya "pretend they suffer so much," said Ko Ko Gyi, one of the leaders of the 88 Generation Students Organization. But, he added, "if the international community makes force or pressure on this Rohingya issue, it will have to face not the military government but most of our people." 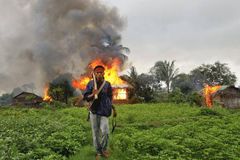 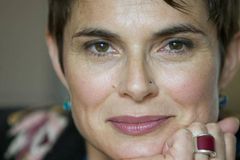 Opinion
China was in Myanmar first. Canada can be there better
September 10, 2012 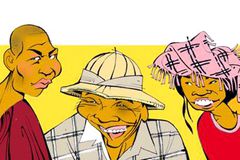