In a remote patch of South African bush, where only giraffe and wildebeest roam, lies the long-neglected grave of an unknown Canadian who may have been a veteran of Canada's first major overseas war.

The newly discovered grave has a simple marking: "Cameron. 1901. Canadian." There are no other clues to the mysterious identity of the forgotten man in the grave, which was overgrown and hidden beneath fallen tree branches for decades.

But a historian suspects he was one of the nearly 7,400 Canadian soldiers who served on the British side in the South African War (also known as the Boer War) from 1899 to 1902. It was the war in which Canada first began forging the independent military identity that later became crucial to Canadian nationhood in the world wars of the 20th century.

The grave could be one of the oldest sites of an unknown Canadian soldier in any foreign country.

"It was a very strange sensation to see it in the middle of nowhere," said J. C. van der Walt, a local historian in the Zululand region of South Africa.

"It looked very melancholy in the absolute wilderness. It was so isolated that no human would ever go there."

Paul Gouge, an honorary game ranger at the Enseleni Nature Reserve, stumbled across the remote gravesite and became determined to solve the mystery of "Cameron." He decided to seek help from Mr. van der Walt, who has written several books about history in the region.

The simple headstone gives no details about "Cameron," but a separate inscription reads: "Relocated Nov. 1950." It is possible that the grave was moved to the remote wilderness to make room for a road or railway line to a coal mine in the region.

Most of Canada's main contingent of troops returned home from the South African War in 1900, but some stayed behind in South Africa and became policemen or found other jobs. There were no battlefields in the Enseleni wilderness, so it appears that "Cameron" died of other causes. Malaria was widespread at the time.

Mr. van der Walt has pored over Canadian military records, finding two men with the surname Cameron who died in 1901 in South Africa. One was killed in action in 1901 and the other died of dysentery. But both died in faraway sites and would have no reason to be buried in Enseleni.

While they search for clues to the man in the grave, Mr. van der Walt and Mr. Gouge have tidied up the gravesite and are planning to keep it clean. But they will keep the location secret from the general public because they are afraid that the site will be vandalized or looted for scrap iron.

The troops who arrived in South Africa in 1899, from the Royal Canadian Regiment of Infantry, were the first large group of Canadian soldiers ever to fight overseas. Many people in English Canada saw it as their patriotic duty to support the British Empire and thousands had volunteered to help Britain in its battle against the Dutch settlers, known as Boers.

In their first taste of action, the Canadian troops played a leading role in a major victory over the Boers in 1900 at Paardeberg Drift. "Canadian now stands for bravery, dash and courage," the British commander, Lord Frederick Roberts, said after the battle.

Near the end of the war, as Boer guerrillas fought on, Britain resorted to burning Boer farms and putting civilians into concentration camps. But in Canada, the war was a source of patriotic pride and a milestone in Canada's military history.

By the end of the war, 89 Canadians were killed in action, 135 died of disease and 252 were wounded.

"While it was the cause of the British Empire that had first inspired their participation, once in South Africa, Canadians developed a profound sense of distinctiveness from their imperial counterparts that nourished feelings of national pride and a sense of independent military identity." 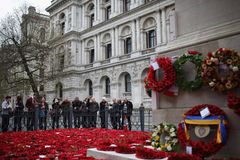 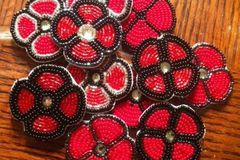