If the Kremlin was worried about the perception that it might have too much sway over Donald Trump's incoming administration, it could have told Carter Page – a controversial one-time adviser to the U.S. president-elect – that now was not the time for a press conference in Moscow, shining a spotlight on one of Russia's alleged links to Mr. Trump.

After all, the press conference that Mr. Page gave Monday at the Sputnik News headquarters in Moscow was hosted by a news service, and in a building, owned by the Russian government.

But while Washington and other foreign capitals are abuzz with worry that Moscow may have pulled off something like a soft coup during the U.S. election – on Monday, a bipartisan group of Republican and Democratic senators called for an investigation into Russia's suspected role in the campaign – Vladimir Putin's government clearly doesn't mind the impression that it has friends close to Mr. Trump.

Standing on Sputnik's stage, Mr. Page hailed what he called a "new era" in U.S.-Russia relations, one he hoped would be driven by business relationships, rather than security concerns or other issues.

Read more: China takes off gloves over Taiwan, warns U.S. it would retaliate

"This marks the start of a new era where they can now work on [problems] together, instead of remaining consistently obstructed by a long history of toxic personal relationships," he said, specifically praising the rumoured appointment of Exxon Mobil chief executive Rex Tillerson as Mr. Trump's secretary of state. "Change is absolutely necessary today and we absolutely must work together."

Mr. Page, like Mr. Trump, has a penchant for sounding like he's repeating things that he read on Sputnik or other Kremlin-run outlets. On Monday, he criticized the economic sanctions that Western governments have levelled at Russia since the 2014 outbreak of the conflict in Ukraine and said the hacking attacks that hobbled Hillary Clinton's campaign for president could have been a CIA "false-flag"operation designed to harm Mr. Trump and the Russian government.

Mr. Page briefly shot to prominence during the presidential race when Mr. Trump – pressed during a newspaper interview to list his foreign-policy advisers – named "Carter Page, PhD" as one of five people from whom he took advice on international affairs. That mention launched a flurry of Google searches: Who was Carter Page?

Anyone who looked found a wandering résumé that included several years spent as an adviser on energy investments in Russia, plus a speech during which he criticized U.S. foreign policy for its "hypocritical focus on ideas such as democratization, inequality, corruption and regime change" in Russia and other states of the former Soviet Union.

It was never clear how much involvement or access Mr. Page had to the Trump campaign or the Kremlin inner circle. In September – as rumours swirled of an FBI or CIA investigation into Mr. Page's contacts with senior Russian officials, including Igor Sechin, a close Putin adviser who also heads the oil giant Rosneft – Mr. Page announced he was taking a leave of absence, a move he said was "in the best interests of the candidate."

Mr. Page on Monday denied that he had ever met Mr. Sechin, although he said it "would have been an honour."

He also lashed out at the U.S. mainstream media and Democratic politicians for putting him in the spotlight during the election campaign.

"We're stuck in that Cold War mind set. We have a strong desire to have a new direction in Russia-U.S. relations," he said, his nearly bald head glistening with sweat under the stage lights as he took questions from Russian and foreign journalists. Given that Mr. Page said he was representing only himself on his trip to Moscow, it wasn't apparent who he meant by "we."

He seemed nervous as he spoke, and was particularly evasive when asked to clarify whose interests he was serving during his Moscow trip, given that Mr. Trump's transition team said he holds no role, and Kremlin spokesman Dmitry Peskov said no Russian government officials were expected to meet the American businessman.

Earlier this week, Sputnik advanced its own theory, publishing a story that suggested Mr. Page was in Moscow to "test the waters" and "build bridges without leaving Trump open [to criticism]."

Mr. Trump has lashed out at the CIA's reported finding of Russian interference in the U.S. election, noting the same agency once believed that Saddam Hussein had weapons of mass destruction. The Kremlin has also ridiculed the suggestions, with Mr. Putin's spokesman saying that "none of the absolutely groundless claims [about Kremlin involvement] has been propped up by any information, let alone proof."

But Russia has nonetheless been delighted with the change in tone from the outgoing Obama administration – which is deeply at odds with the Kremlin over Syria and Ukraine, among other issues – to Mr. Trump's incoming one.

Russian officials have reacted with glee to talk that Mr. Tillerson –who as Exxon Mobil chief had close ties to Mr. Putin's administration via Mr. Sechin – could be appointed secretary of state.

In 2011, Mr. Tillerson and Mr. Sechin negotiated a multibillion-dollar strategic alliance to jointly explore for oil in the Arctic, as well as in the Black Sea and Russia's Siberia region. Two years later, Mr. Putin personally awarded Mr. Tillerson with Russia's Order of Friendship medal. 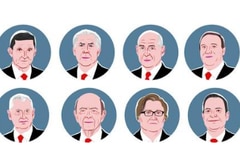 Opinion
Russia’s influence: When will Trump get out from under Putin’s heel?
December 12, 2016 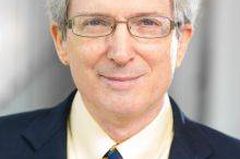 Republicans and Democrats back probe into Russian interference in Trump’s election
December 12, 2016 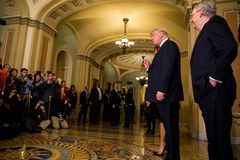