Like many of the desperate people who find their way to Yael Mellul's Paris law office, this one was broken on the inside.

With two suitcases and her three young children in tow, the woman had run away from her husband in the south of France after 10 years of constant abuse. He told her she was ugly, she was a bad mother, she was nothing and that he would kill her. Once he locked her in an attic for a day with nothing to eat or drink.

For Ms. Mellul, the desperate woman's story placed her squarely within the legal definition of a victim of domestic violence – not the kind that leaves visible scars or broken bones, but the insidious, soul-draining, psychological violence that is now a criminal offence in France.

But when the husband and wife appeared in Family Court last week, the judge treated the woman as the home-wrecker. Ms. Mellul said he scolded her client, telling her, "Do you realize that you denied your husband the right to see his children? Do you realize you are asking me to chase him from his house?"

In France, "mental harassment" in a conjugal relationship is a criminal offence. The penalties are the toughest in Europe. But nearly a year and a half after the law was enacted, lawyers and psychologists say the French judicial system and police have yet to understand it or take it seriously.

"Every case is a battle," said Ms. Mellul, a fiery woman who was one of the leading campaigners for passage of the 2010 law. "Unfortunately, many police officers refuse to open a case charging psychological violence. I have to fight for each one."

When the law was enacted last summer, it was applauded across the political spectrum as a long overdue recognition that psychological violence at home can be as deadly and brutal as physical abuse.

Criminal harassment is loosely defined as repeated humiliation, verbal abuse or forced isolation of a partner. An abuser faces up to three years of imprisonment and a fine of up to €75,000, far tougher penalties than for harassment in the workplace.

When it was adopted, the French law was caricatured in the foreign media as an opening for spouses to prosecute each other after every spat. No one, though, has been tried or convicted under the law. Instead, it has been raised as an argument in Family Court cases like divorce and, even then, mainly in battles over child custody arrangements.

But defining mental harassment as a crime has had little impact even in civil cases, in the view of many experts in abuse.

Geneviève Reichert-Pagnard, a Paris-area psychiatrist, treats many women who have suffered such constant humiliation at the hands of their partners that they have sunk into depression or consider killing themselves.

But the judges and the court system's own psychologists have not been trained to recognize the signs of this "destructive manipulation," she said.

"Magistrates continue to consider these cases like cases of ordinary dispute between parents," Dr. Reichart-Pagnard added. "More and more I'm seeing the courts take the children from the mother. In other words, the victim is seen as the fragile parent and the aggressor is considered the balanced and stabilizing parent."

Canada was a pioneer in labelling emotional abuse, at first mainly in the form of stalking, as a serious offence within the panoply of domestic abuse crimes. Since 2002, it carries a maximum prison sentence of 10 years.

European countries also have tough laws against harassment in the workplace and violence against women, who are the principal victims. But they have been slower to equate psychological and physical abuse in their penal codes, in part out of a reluctance to legislate behaviour within a marriage or relationship.

After France, the toughest laws dealing with domestic mental cruelty are in Sweden, Spain, Portugal and Poland, according to a recent report by the Council of Europe that urged its 47 member countries to follow suit in criminalizing psychological violence.

Armenia, one of the smallest members, has gone a step further in specifically creating the crime of causing someone to commit suicide "by means of threat, cruel treatment or regular humiliation of one's dignity."

France has recognized domestic violence in all its forms as a real problem. Of the 80,000 calls to help lines in 2009, according to the government, 84 per cent of them involved psychological violence. It regularly runs public service ads urging people to report harassment or physical abuse.

Victims, too, need educating on what constitutes psychological violence, according to Ms. Mellul. Often they have been so beaten down by years of insults and isolation that, like some battered women, they come to believe that they must deserve it.

"The women – and it's usually women – have to see that what they are living through is not acceptable, and a lot of times they no longer know what is acceptable and what is not," she said.

Ms. Mellul recounted the chilling story of another of her clients, a woman whose husband insisted that she and their children go with him to join his parents in Morocco. The verbal abuse that had started in France reached a new peak and the husband's family backed him up.

Before she gathered her strength to run away, she endured one last humiliation that Ms. Mellul said amounted to marital rape. Only by putting a name to the long years of abuse – and realizing that it was a crime – did the woman finally agree to file charges against her husband.

Psychological violence leaves scars that are deeper than the damage from physical abuse, according to Ms. Mellul.

"Can you imagine the severity of what this woman experienced, that I had to make her see that it was a crime?" she said. "And that is the ultimate benefit of this law. The notion of psychological violence as a crime didn't exist and now it's recognized and condemned. But it's very difficult to get it applied. It's been 16 months. Think of the time that's been wasted." 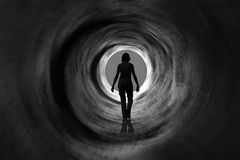 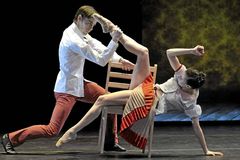 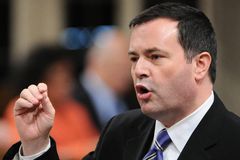 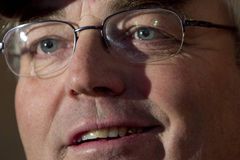 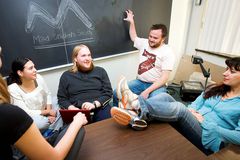