It was evident from the moment he stepped out onto the Vatican balcony in plain papal whites upon his election in March and said, "Buona sera" to the boisterous masses that Pope Francis would be different – that he would choose pastoral appeal over pontifical pomp and, as the first non-European pope in more than 1,200 years, would shake up a Catholic church in clear need of reinvigoration.

The 76-year-old Argentine made his first overseas trip last week to Brazil for World Youth Day, where his closing mass in Rio de Janeiro drew a reported three million people, the largest crowd commanded by a pope in nearly 20 years – and nearly three times the showing for the Rolling Stones' storied concert there seven years ago. "This is pope as rock star," said R. Andrew Chesnut, the Bishop Walter Sullivan chair in Catholic studies at Virginia Commonwealth University, who was in Brazil for the event.

But it was Pope Francis's return flight that has caused the greatest stir. Aboard the papal plane, he held an unprecedented, 82-minute, impromptu news conference, offering candid answers to questions on hot-button issues such as homosexuality, female priests, the beleaguered Vatican Bank and his own papal style.

"Chi sono io per giudicare?" With those five simple words, Pope Francis made history. In some of the most conciliatory remarks by a pontiff on the issue of homosexuality, the Pope said he won't judge priests for their sexual orientation – even though homosexuality is against church teaching.

"If someone is gay and he searches for the Lord and has goodwill, who am I to judge?" he said. "We shouldn't marginalize people for this. They must be integrated into society."

His decisive statement on such a divisive issue rippled across the world, making headlines for its inclusiveness more than for its immediate, tangible effect: Though his words are being widely dubbed a shift in tone, they don't reflect a shift in church policy, since the universal catechism still maintains that homosexual acts are "intrinsically disordered."

Nonetheless, his remarks drew praise from those who view them as a step toward openness, including California congresswoman Jackie Speier, a Catholic Democrat, who tweeted: "'Who am I to judge?' Thank you, #Pope Francis. As a practicing Catholic, I never doubted this day would come. #LGBT."

Italy's first openly gay governor, Nichi Vendola, told reporters that "in only one blow, [Pope Francis] carried out a very brilliant operation, separating the theme of homosexuality from that of pedophilia," while the president of the Human Rights Campaign in the U.S., Chad Griffin, was more qualified in his praise.

"As long as millions of [lesbian, gay, bisexual and transgender] Catholic individuals, couples and youth alike are told in churches big and small that their lives and their families are disordered and sinful because of how they are born – how God made them – then the church is sending a deeply harmful message," he said in a statement.

Although Pope Francis spoke more inclusively of gay people than his predecessors had, his position on female priests echoed those who came before him. He stressed that Pope John Paul II had already "definitively closed the door" to female priests and said the "church has spoken and says no." This decisiveness disappointed people such as Janice Sevre-Duszynska, a female priest who was excommunicated for being ordained nearly five years ago.

"He seems to show compassion and support for the homosexual community, and we would expect he'd also show support for us," said Ms. Sevre-Duszynska, spokeswoman for the Association of Roman Catholic Women Priests. "The people are calling out for women priests."

Although Pope Francis was clear about his views on female priesthood, he also said he hopes for a more prominent place for women in Catholic life. "We cannot limit the role of women in the church to altar girls or the president of a charity – there must be more," he said. "We must go farther in the explicitness of the role and charisma of women living in the church."

For Ms. Sevre-Duszynska, those words rang mostly hollow. "You really need to be a priest in this church, as it's set up now, to have any authority," she said. "We need to have women leaders, and the basis for that comes from priesthood."

Prof. Chesnut said it should come as no surprise that the Pope has chosen to focus on "global south" issues such as poverty and unemployment rather than "global north" issues such as women's rights, in part because the church is hemorrhaging members and Latin America is home to almost half the world's Catholics. "If there's going to be a turnaround, he really needs to be concerned with what's forefront in their preoccupations," Prof. Chesnut said. "And who can blame him?"

Rubbing shoulders with his flock

Pope Francis answered 21 free-flowing questions during his in-flight news conference, while his predecessor was open to but a few, vetted questions. He was pictured carrying his own bag as he boarded the plane to Rio – an unusual breach of Vatican protocol and a far cry from the days when pontiffs were carried around on platforms. ("It's normal" to tote a bag while travelling, he said, adding that inside was a razor, his agenda, a prayer book and a book on St. Thérèse of Lisieux, a saint known for her practical approach to spirituality.)

He chose to forgo Vatican security so he could mingle more directly with the World Youth Day masses, forgoing the bulletproof "popemobile" for a Fiat with windows rolled down so people could reach in and touch him – a side effect of what some have dubbed Franciscomania.

When asked about his car being swarmed after it took a wrong turn in Rio, Pope Francis acknowledged there's a chance a "crazy" person might harm him, but said he prefers "the security of trusting the people" over an armoured car.

"Pope Francis's style is that of a preacher," said Rocco Palmo, a Philadelphia-based Catholic commentator and writer, calling the on-board news conference "remarkable" for its candour. "It speaks to him being a pastor – you have to be compelling and credible in the face of real people."

Prof. Chesnut, who witnessed the Pope's style first-hand in Rio, put it this way: "He was at such ease walking through the [favelas], kissing babies, hugging the people in wheelchairs – that's who he is, unlike his predecessor, who was just so painfully bad at making human contact and connection."

In a bold move, Pope Francis has chosen to take on the Vatican Bank – at the centre of several Italian money-laundering investigations – by striking a review commission to determine whether to close or reform the institute.

"I can't say how it will end," he told reporters. "But certainly whatever the [institution] becomes requires transparency and honesty."

Aboard the plane, he also confronted specific questions regarding Monsignor Nunzio Scarano, a Vatican prelate who was arrested in June on suspicion of trying to smuggle €20-million into Italy from Switzerland.

"There are many people [in the Vatican] who are saints, but there are those who are not very saintly … and it pains me when this happens," he said. "There is this monsignor in jail. He didn't go to jail because he resembled the blessed Imelda," he said, playfully using a Latin American expression meaning a person is no saint.

Facts & Arguments
Talking Points: The Pope and gay priests, you and your smartphone thumbs, sellers and the ‘endowment effect’
July 29, 2013 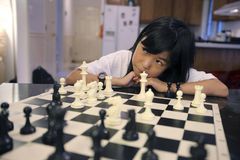