Alas for the sacred cow: Beef exports from India are expected to surge 30 per cent this year, giving this country a quarter of the world market.

This is a good-news story in a lurching economy. Livestock industries, from eggs to pigs to butter, are expanding rapidly, and it is growth that directly engages the poorest people in the country.

Three-quarters of India's livestock is produced by small-scale farmers, the majority of them women, and by landless people who raise animals at home.

Only three years ago, India's market share was just 8 per cent, according to the U.S. Department of Agriculture, which says India will be the single biggest exporter of beef.

Demand is being driven from the Middle East and fast-growing economies in Southeast Asia, countries that want low-cost products.

More lucrative markets such as the European Union are still closed to India because of strict food-safety standards.

The potential for expanded profit and job creation in the livestock sector is huge, but so are the challenges. Despite its soaring growth, there is remarkably little effort under way to channel the energy of these individual Indian farmers into an efficient food-production system.

As the livestock sector grows, so do the risks of disease because farmers and animals live in close proximity. And the environmental implications are grim: Ruminants are a significant producer of greenhouse gases and raising livestock strains water resources.

In truth India's cows – considered sacred by Hindus – have been largely unscathed by the boom. The product exported from India and labelled "beef" is almost entirely water buffalo meat.

Those buffaloes are raised not on any dedicated farms, but in pairs and herds of a half-dozen animals by low-income farmers. In this sprawling city in Uttar Pradesh, for example, the Pal family raises seven buffaloes and two cows, which they keep in the open front yard of their small house in the centre of the city. The animals' dung is collected in towering piles in the street on either side of the property. During the day the animals are grazed in local parks.

"We raise them here in the city so we can sell more milk," said Parul Pal, as her toddler son played in a mucky puddle. "It's the only way we have to earn anything."

Domestic demand for meat and dairy products is also exploding. But profits aren't going up much because fodder and grain prices rise just as fast as demand, said Ms. Pal. Meat sales are growing at 17 per cent a year, as income levels rise and ever more people move to cities and change their eating patterns.

"Most Indians are not vegetarians by choice but by compulsion," noted Purvi Mehta, who heads the Asia office of the International Livestock Research Institute.

Milk is India's great success story – the country has been the world's largest milk producer since 1998 – but this sector too is largely unorganized or informal. Every second rural household owns a dairy animal, either a cow or a buffalo, but 90 per cent of these households have only between one and three animals, according to Dilip Rath, managing director of the National Dairy Development Board. The milk is collected at individual households, and most of it is sold in the neighbourhood because of a strong cultural preference for fresh milk.

Significant production gains could be made through scientific breeding, feeding and animal management, Mr. Rath said. There are almost no preventive veterinary services, for example. Most Indian dairy animals are fed on crop residue – because very little land is used to grow fodder – which is an inefficient way of raising animals.

Only India's poultry industry is formalized, with 70 per cent of the chickens on the market raised in dedicated facilities and professionally processed. Nadir Godrej, managing director of the mammoth holding company Godrej Industries, which includes India's largest animal feed business and a major chicken processing venture, said he believes there are huge opportunities for growth in poultry production.

"We worry about feeding all Indians and I don't think beef is a very efficient way to do it. It requires a lot of feed or a lot of land to grow grass. Poultry is much more economical … We've found we can substitute for corn and soya – using cheaper raw materials, enzymes, and we can make chicken and eggs a lot cheaper than they are today."

Dr. Mehta predicted that the growing international trade possibilities will prompt the private sector to engage more with the other livestock industries.

Health experts, however, view India's livestock sector with some alarm. Livestock spread illness to humans through food-borne disease, from the shared human-animal diseases and through human diseases that emerge from animals in the process called zoonoses, such as bird flu. Animals give humans sleeping sickness, rabies, leishmaniasis, brucellosis and leptospirosis, among other things, and the World Health Organization says a new disease is emerging every four months.

India has no animal surveillance at present, Dr. Mehta said, even though the vast majority of farmers live in close proximity – often in the same dwelling – as their animals, as the Pals do. "This government really does not have the capacity to manage an epidemic and it's going to be huge when it comes," she said.

Meanwhile India's cows and buffaloes are producing about a fifth of its greenhouse-gas emissions, and using up to nine times more water – often scarce here – than the cereal crops they are raised on. Fed on crop residue rather than green fodder, they produce more gases because of the hard-to-digest foods – one way organized farming could lower the ecological footprint of the burgeoning meat market.

Dr. Mehta said she doesn't think India needs to go the way of North America's vast factory farms – but a "value chain" that gives farmers access to technology such as veterinary services and direct connection to markets could help small rural farmers such as the Pals.

"I sell to my neighbours, or anyone who comes and asks me for a buffalo," said Parul Pal. "What else can someone like me do?"

Taken from Doubling Agricultural Production, a presentation made earlier this month by Nadir Godrej, managing director of Godrej Industries, one of India's most influential businesses. Mr. Godrej said he always makes his public presentations in verse, and while this one was fairly straightforward, he does more technical speeches in ballad form, which is more challenging.

GM's a tool that we should wield

For further increase of our

We also need to multi crop

Thirty per cent is just a drop.

Why with three crops on all our land

Our goal for growth would be in hand.

But water would then be required.

The supply's much less than is desired …

But of the Agri GDP

The dairy growth is very steady

But poultry's growth is truly heady.

One thing we should understand

If we multi-crop the field

And improve the fodder yield

Our dairy sector would then grow

And milk will surely overflow.

Now poultry is the way to go.

There are two products as we know

There is the egg and then there's meat.

The egg is an amazing thing

And I for one could always sing

Its praises, for it's packaged well

With its own protective shell.

And in it you will surely find

Fine nutrients of every kind. 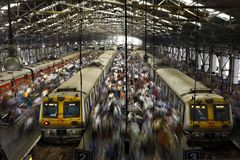 South Africa should follow India in acting to end violence against women
February 21, 2013 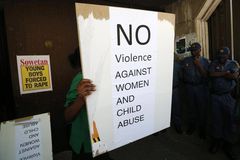 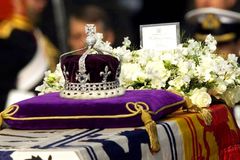